Young adults in B.C. are speaking out about mental health amidst COVID-19 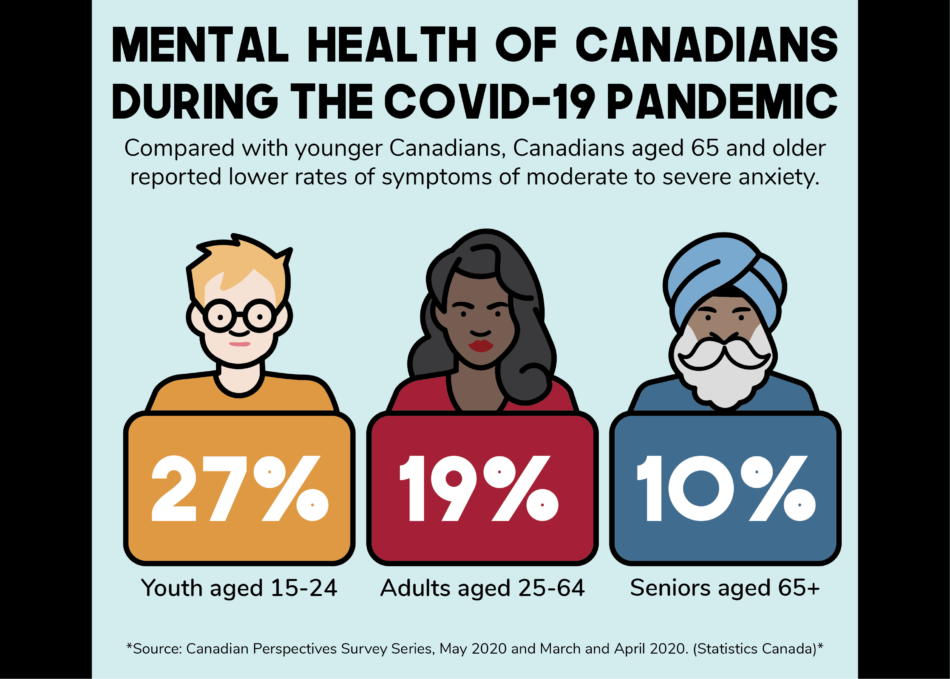 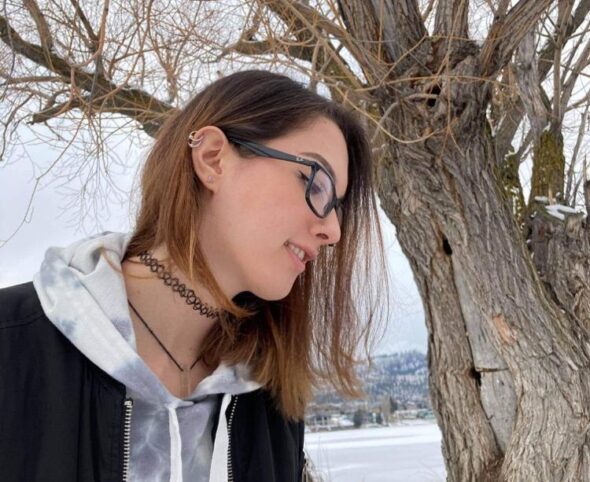 At the age of 21, Kaia Wong-Moon was let go from her two jobs due to COVID-19, and left to pay full rent for a two-bedroom suite in New Westminster. Struggling financially and mentally, she was forced to move in with her grandmother in Oliver, B.C.

Wong-Moon is far from alone. Statistics Canada says that youth between the ages of 15 to 24 reported a 20 per cent reduction in overall mental wellness during the first six months of the pandemic, and that a higher percentage of women show signs of moderate or severe anxiety than men.

Young people across B.C. say their mental health is suffering due to isolation, the switch to online learning, job losses, and other straining aspects of the pandemic.

“I was completely alone in my apartment to be with myself and my brain. That’s how I realized that I had an undiagnosed mental illness,” says Wong-Moon.

Despite her difficult circumstances and relocation, she has been able to see the light in a dark situation.

“I feel bad saying that I feel lucky about it, but I do feel lucky that I’m going through diagnosis and starting recovery in a time where the world is very quiet.”

Although she notes her gratitude about self-reflection and working toward recovery, she acknowledges that not enough is being done in our communities to support those who are struggling.

“I think that’s something that people need to talk about more, it’s taking responsibility and ownership for your mental illness as well,” she says. “My mental illness is the reason for a lot of the things that I do but making sure that I’m conscious of it and aware of it is the most important thing. I think that implementing that into public knowledge would be a great thing.”

Dealing with mental health disorders at such a young age can be difficult to overcome, but Wong-Moon sees it from a different perspective.

“I’m glad that I figured this out at 21, and that I can work on fixing it now instead of like my dad, waiting until I’m in my mid-life and having to restart from the beginning.” 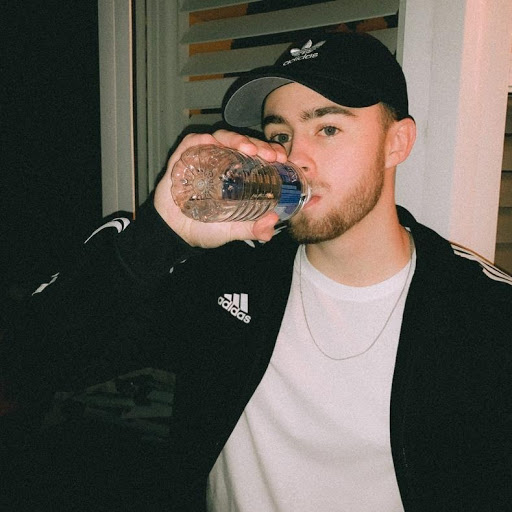 Sam Hughes says a lack of exercise and isolation affected his mental health during the pandemic. (Sam Hughes)

However, this hasn’t been the case for all young people struggling with their mental wellness throughout the pandemic. Sam Hughes, a 21-year-old student at McGill University, found himself facing issues from his past due to COVID-19 restrictions.

“I think over time it was anger that came to me. That’s how it affected me the most. And that’s something that I haven’t dealt with since I was a little kid,” says Hughes.

He says that a lack of access to exercise facilities and isolation from his friends are what led him to struggle with his mental health. Despite the challenges he has faced over the past year, he says the changes he is making to cope with a new normal help him overcome them.

“Eating healthy has really changed me,” he says. “I think that can really affect your mood as well…. I thought it wasn’t true before, but once I started really eating properly and cutting some bad things out of my diet, getting all my vitamins, it makes all the difference.”

Beyond the changes he has made to improve his physical health, he says that he has also implemented new hobbies to distract himself from the isolation of lockdown.

“I like to draw now sometimes,” he says. “Just other small things to pass the time, because otherwise you really start thinking, and that can be dangerous.”

While some people have either come to terms with their mental health or have experienced a short-term dip in their mental wellness, others have become more aware of the lack of support that is available to them.

Christopher Dlouhy, a third-year music student at the University of Victoria, has also faced the negative effects of isolation, lack of exercise, and online schoolwork. He explains that beyond his personal efforts, his university isn’t doing enough to help its students.

“I don’t think they’ve actually changed the fact that every time you do have one of those appointments, it’s with a different counsellor,” says Dlouhy, referring to the student wellness services and counselling appointments offered at his university.

“I’ve talked to several people who really struggled with that because they would have this appointment and start a really great relationship with this one therapist or counsellor, and it’s a totally new person the next week, and they have to start from the beginning and never make progress.”

Apart from the university’s counselling services, Dlouhy believes the primary issue affecting his mental health is the movement to online classes. As a pianist in the music program, he explains that pandemic restrictions have made it difficult for him to practice on campus.

As of the start of the new semester, Dlouhy says that he saw some improvements in his mental health, but there is still work to be done.

“During COVID, I was pretty lucky because I do have coverage for counselling. Right at the start, I had a lot of counselling, and it really started to help,” says Dlouhy. “I don’t throw up constantly from anxiety anymore, but if I’m on a bus or in a store and someone is coughing it starts to get bad.”

Between the outcry for improvements in university support services and the increase in mental health diagnoses in young people, Wong-Moon says that an overall shift in the approach to handling mental health needs to happen.

“People used to think that if you medicated someone that’s depressed that it would fix their life,” says Wong-Moon. “But the reality is that antidepressants will give you the ability to feel happiness, but you still need to create it for yourself.”

The Crisis Line Association of BC offers a toll-free, 24-hour call service for mental health support (310 – 6789). For general mental health services, Health Link BC has a list of helpful resources, including information regarding mental health and COVID-19. Vancouver Coastal Health also provides a list of resources for those struggling with mental health.