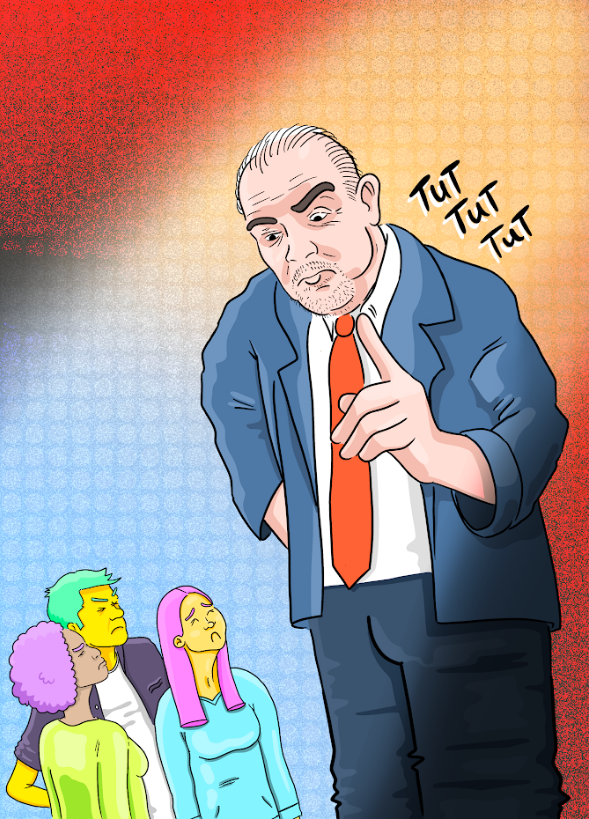 During a COVID-19 briefing earlier this month, B.C. Premier John Horgan said that young people aren’t paying attention and are endangering the rest of the province.

He addressed those in the province aged 20 to 39, saying, “My appeal to you is do not blow this for the rest of us. Do not blow this for your parents, and your neighbours, and others who have been working really, really hard, making significant sacrifices so we can get good outcomes for everybody.”

“The cohort from 20 to 39 are not paying as much attention to these broadcasts and, quite frankly, are putting the rest of us in a challenging situation,” he said.

Unsurprisingly, this did not go over well. Scapegoating young people as the reason B.C. has fallen into its third wave of COVID-19 cases definitely isn’t the best way to address the masses, so let’s unpack his “appeal.”

If he means that this age group doesn’t seem to be tuning in as regularly as their older counterparts, this could likely be explained by how these updates are usually held mid-week, mid-afternoon when a lot of young people are working or in classes.

Let’s also not pretend that the only way people can find out about B.C.’s COVID-19 updates or guidelines is through tuning into the live broadcast. Every big news organization reports on these broadcasts and the B.C. government’s social media team posts the important highlights and updates across all their platforms.

On the day of a briefing, as a young person on social media, it is nearly impossible to miss the latest guidelines or restrictions. And from what I’ve noticed, usually, young people are reposting, sharing, or retweeting this information.

It is unfair for Horgan to infer that because young people aren’t tuning into the live broadcasts as much, we are consequently jeopardizing the rest of the province.

I’m sure his words were fueled by the significant percentage of COVID-19 cases in this specific age cohort, which stood at 43,575 on the British Columbia COVID-19 Dashboard on April 6. The 20 to 39 age cohort makes up 41 per cent of the 105,988 total cases that day.

And yes, this is almost half, but it’s also important to look at why cases are higher among young people.

As Horgan eventually backtracked on Twitter, young people are “more often working front-line jobs or living with roommates,” which means most of us have a higher risk of being exposed to the virus in the first place. And for most of us, choosing not to work during the pandemic isn’t an option.

It’s also important to remember that we are last in line to get vaccinated, scheduled for June if things go as currently planned. As more British Columbians get immunized, of course, COVID-19 cases will taper off in the older, vaccinated age groups.

Overall, as a political leader, blaming a specific age group without closer examination is unfair and it honestly felt like a slap in the face to those of us who have been working so hard to keep ourselves and others around us safe.

Thankfully, after the backlash, Horgan clarified on Twitter that he was specifically speaking to the bad apples of our group and acknowledged that young people have actually made “tremendous sacrifices.”

“To the vast majority of young people doing everything they can: thank you,” he tweeted.