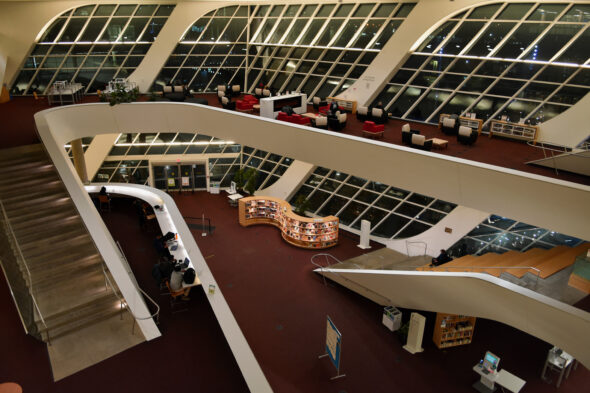 In September 2021, the library requested to eliminate overdue fines and have the city subsidize the revenue that would be lost from the lack of fines.

On Dec. 24, the Surrey City Council approved the request.

After the elimination of fines for children’s books, the library decided to fully eliminate overdue fines due to the pandemic. When the first pandemic safety measures began in early 2020, the public library closed and stopped issuing fines, and when it reopened, the policy continued.

Seline Kutan, director, communications and advancement for Surrey libraries says the library wanted to do its part in supporting the community during the pandemic, and removing fines was one of the ways to do that.

One of the purposes of collecting fines for late materials was to encourage library users to return their materials on time. However, a report from the council meeting shows that it only creates a “barrier to usage and disproportionately impact[s] children and other vulnerable populations.”

“Families have hectic schedules. Some families face other barriers other than just economic ones, and sometimes it can be very challenging for people to get these books back to the library on time,” Kutan says.

When debts are created from an accumulation of fines, Kutan says families feel like they can no longer come to the library because of their fines causing their accounts to be blocked.

“It [also] takes time to process those fines when people finally come in to pay for them. That takes up staff time, which could be better used supporting other needs of our community and our patrons,” Kutan says.

Since 2015, the Surrey Library has removed overdue fines for children’s books, but the report shows that it has not increased the return rate of materials. Even when all fines were paused during the beginning of the pandemic, no real change was seen in return rates.

The borrowing time for materials at Surrey libraries ranges from one week to six weeks, depending on the item. Library users are allowed to borrow a certain amount of items and renew them before their due date, as long as no one else puts them on hold.

When materials aren’t returned at their expected date, the system updates the material to “lost” and Kutan says when the material is eventually returned, there is a fee to process it back into the system.

So, while there is no overdue fine, a fee is still expected to be paid to process “lost” items. This rule also applies to items that are physically lost and damaged.

In order to ensure materials are returned or replaced, should they be lost or damaged, these libraries plan to charge replacement fees and block users from borrowing more books if they have materials that have been overdue for a significant amount of time.