What the hell happened? 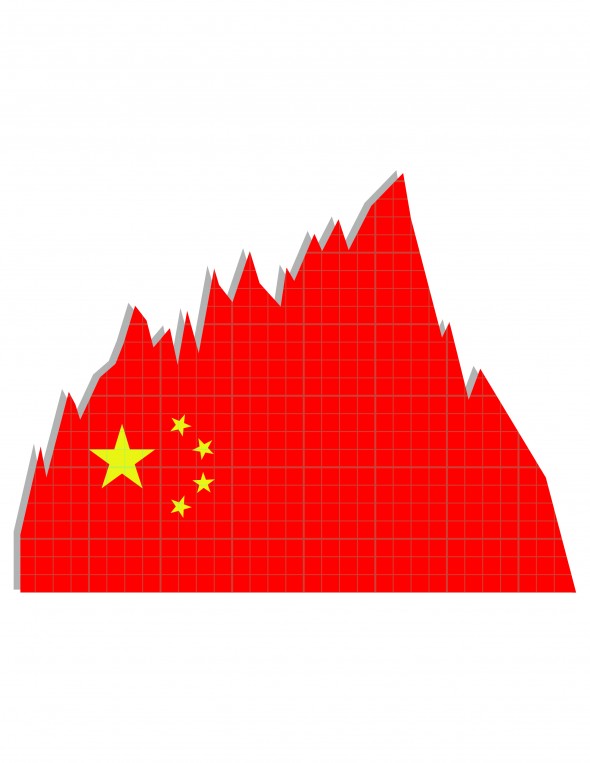 The Shanghai Stock Exchange (SSE) fell 8.6 per cent on Aug. 24 and then even more on the 26th, prompting investors to piss themselves, in China and around the world. That’s a massive drop of about 1000 points just between Aug. 19 and 26, each point being a per cent. North American stock indexes like the DOW dropped too.

But as the week rolled on, what was dubbed a Black Monday started looking more like a case of the Mondays. We’re in no way discounting the fluctuations, of course. But world markets generally climbed up by 50 per cent of their loss on the Wednesday and Thursday. Even the SSE composite, an average of numerous publicly traded Chinese companies’ worth, recovered marginally on those days.

Chances are that you probably had money ready for biology textbooks rather than, uh, Chinese equities and venture capital. So unless you had a lot of money in global markets and were scared into selling your devalued stocks before the market bounced back, you probably haven’t ground down your pearly whites, lost your shirt and all that.

Here’s some of what people are saying: The Economist reports that, in part, Chinese policy-induced currency devaluation is to blame for the crash on Monday. Projections for poor growth in China perhaps prompted policy-makers to do this. When the country’s central bank employs policy to devalue the Chinese yuan, Chinese equity returns will subsequently be lower. Central bank officials in China told The Economic Times not to make scapegoat out of the devaluation, instead blaming the U.S. Federal Reserve’s upcoming move to raise interest rates in what’s called a contractionary monetary policy move. What that could mean is that returns on U.S. equities could be better relative to Chinese equities, perhaps shifting Chinese market demand downward since Chinese investors expect rosier prospects in the U.S. of A. Really, both situations—lower market demand and lower yuan value—could be factors.

Once upon a time, I made about 1.5 grand in Canadian Tire shares as an employee, and after I unceremoniously left that place, I put the money in a mutual fund and continued sitting on that egg. Waking up to Black Monday news in China did interest me in how my reallocated funds were doing. Part of that portfolio I put money in had about 50 per cent in U.S. equities, and as we know those markets did fall. But I wasn’t concerned because I have longer-term prospects for that money. I shot an email to my financial advisor and he reflected my sentiments, saying that long-term investments usually do great even in the wake of that turbulent week.

CBC Radio shows that Monday morning featured economists and financial advisors, who took questions from callers. Generally, the advisors they featured told average investors like me to remember what their goal was for investing in the first place. They were especially dire when speaking to those who had their assets completely in stocks. Many people just play the market to see how they’ll do, and when things don’t go well, they fly the coop faster than they really need to.

Disclaimer: Kier is definitely not a financial advisor, he is merely studying an economics minor with his journalism degree to help him grip some of these issues.