A Run-Down of the Trans-Pacific Partnership agreement (TPP) 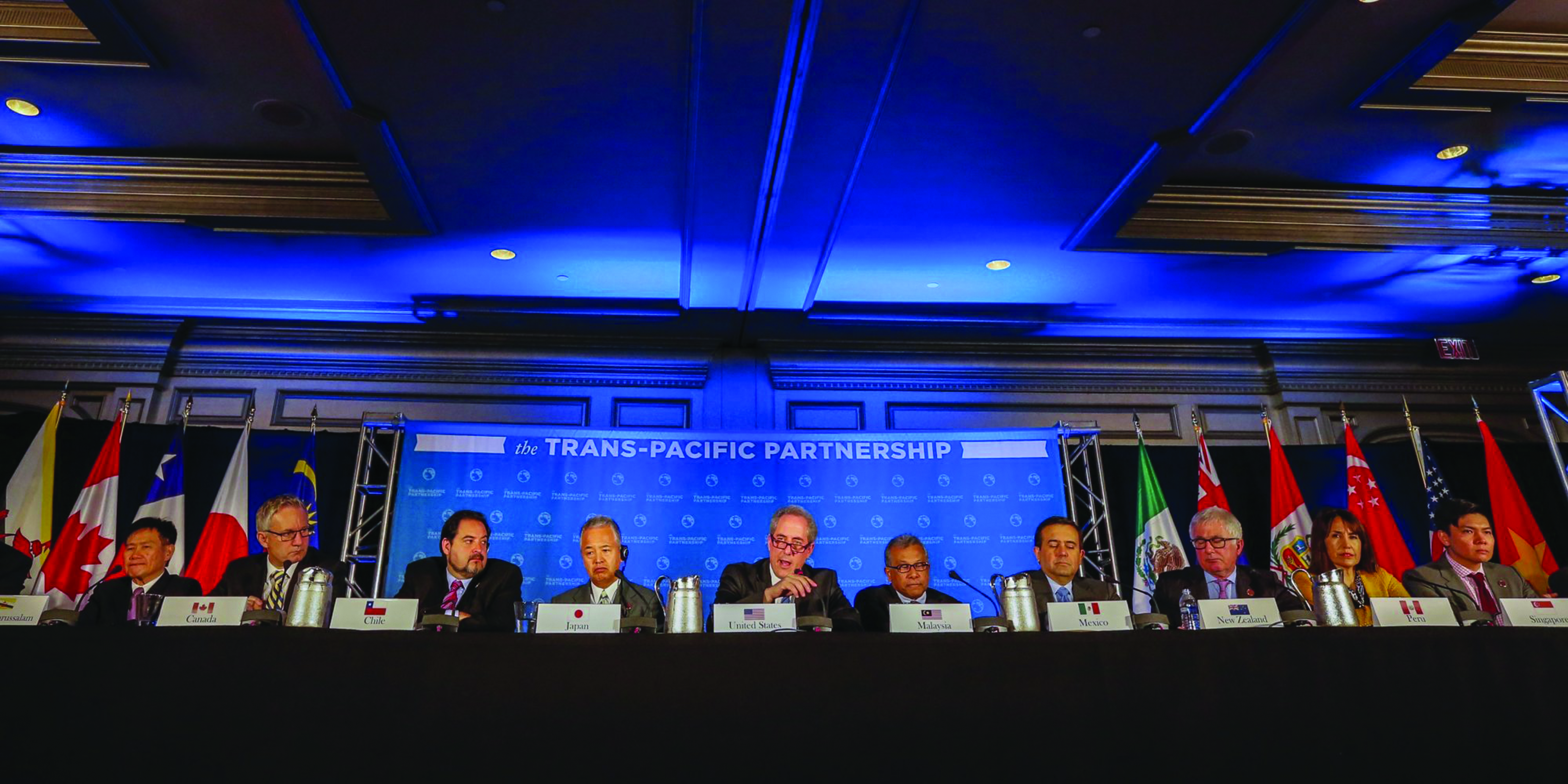 The Trans-Pacific Partnership shortens the stretch of Canada’s hand into foreign markets, and the reach of foreign hands into Canada, too.

But the new free-trade agreement between Canada and 11 other nations includes provisions beyond basic trade that have critics denouncing TPP as pro-corporate in nature.

It especially concerns critics because of the perceived, secretive nature of TPP negotiations before the deal was reached. CBC reported that the Privy Council Office, who gives non-partisan support to the prime minister and cabinet, recently offered opposition party leaders an opportunity to be briefed on the TPP. The NDP and Liberals denounced the offer as a ploy. And had they accepted, the PCO would have required them to sign confidentiality agreements.

The TPP functions in the Asia-Pacific, a region projected to comprise two-thirds of the world’s middle class in 2030 and one half of GDP by 2050. TPP appears to be an effort to reduce trade barriers for various kinds of industries in treaty-participating countries. That’s the basis for most free trade agreements. Import-export tariffs can be significant costs for an industry.

Lowering those tariffs means lowering costs and prices, and that makes consumers’ dollars go further. Theoretically, on the other side, Canadian producers could produce more since their costs would be diverted from tariffs. All things held equal, as the quantity of goods increases, goods become relatively cheaper. Can’t really speculate on how much, though.

If a Canadian industry like agriculture can ship goods easier under TPP, so can agriculture industries of other TPP countries. That’s where Canadian farmers become concerned.

Farmers in the historically and highly protected Canadian dairy industry can keep their milk prices higher, for example, because they can produce at a low quota. Import surges from other countries could disrupt domestic dairy markets, potentially lowering prices—and profits—because of the increased supply.

Provisions exist in the TPP that help protect against import surges. Still, the Canadian government promised $4.3-billion over 15 years to farmers, according to The Globe and Mail. That indicates some awareness of potential market losses to farmers with the TPP, all while considering the reassurance of keeping the supply management system that was initially feared to be lost.

TPP critics in Canada are also concerned about the potential privatization of CBC and Canada Post. The TPP’s updated technical summary on the government’s foreign affairs website at least confirms that CBC, Telefilm Canada, and future cultural enterprises will be exempt from “key rules of the chapter.” There’s nothing about Canada Post in their chapter summary, which is a chapter about state-owned enterprises.

That section basically aims to keep SOEs from being more competitive than private enterprises. When coupled with the TPP’s prohibitions on exporter subsidies (arguably, like that $4.3-billion over 15 years Ottawa managed to promise to farmers) the TPP is essentially trying to keep governments out in an effort to level the market.

It’s clear that many provisions in the TPP focus on tariff-cutting and trade equity, many of which have received criticism. Besides these more market-based criticisms are the ones that discuss the agency of corporations in public policy and perceived threats against nation sovereignty.

Investor-state dispute settlements are the core of this part of the conversation. They’re not exclusive to the TPP, but they are contentious because they give investors a venue to sue nations for future losses. These ISDS cases are also settled by an international tribunal not tied to the justice system of any country.

The multinational, Fortune 500 corporation Owens-Illinois made use of this mechanism against Venezuela and was awarded $455-million, according to the Wall Street Journal. The Venezuelan government had seized their bottle plants in 2010 because of poor environmental standards and worker exploitation.

The dilemma illustrated here is that public policy under the TPP could be subject to how countries oblige corporations. That’s part of the basis for the “threat-to-sovereignty” argument. To put this in context, consider that there are countries much smaller than Uruguay and have much less GDP, even less than the net worth of some tobacco companies.

The point is, this sort of litigation is part of what TPP critics don’t want to see aggregated because of the leverage it provides to corporations.

Kier obviously isn’t an economist. But he is a fourth-year journalism and economics student, and that helps him grip some of these issues.