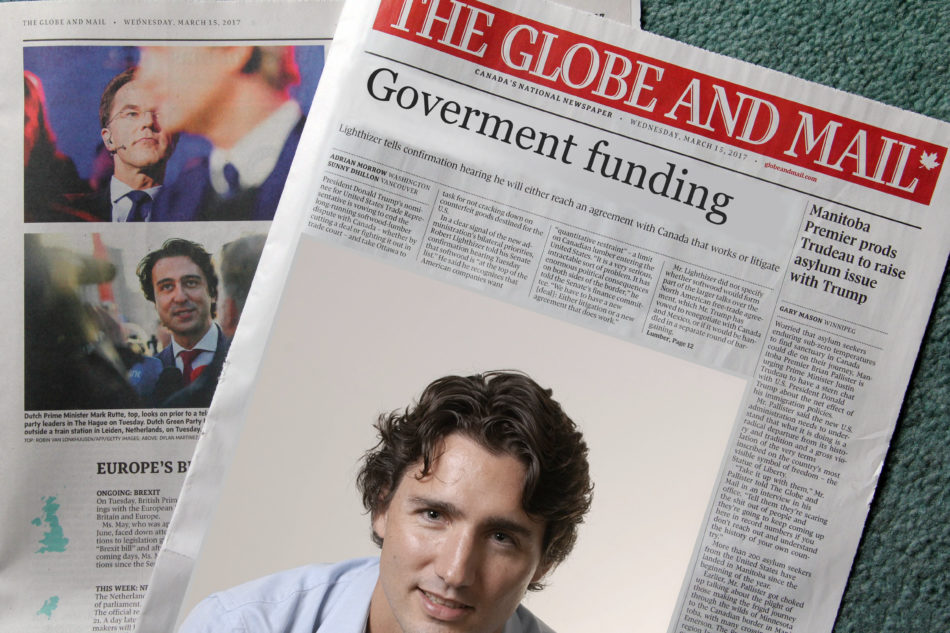 Proposed tax initiatives for journalists will cost the government “an estimated $595 million over the next five years.”(flickr/Can Pac Swire, modified by Kristen Frier)

In mid-November, the federal government proposed a subsidy to Canadian news publications by introducing tax credits and giving non-profit journalistic organizations access to tax incentives similar to ones used by charities. These measures are expected to direct about $595 million to Canadian news organizations over five years in order to help keep the industry afloat in times of financial instability.

Traditional Canadian journalism is on its way out. It has been for years.

When I walked into my first Journalism course at KPU, my instructor told the class that the news industry—as we knew it then as magazines and daily print publications—is a sinking ship. Online advertising revenue is being swallowed by Google and Facebook, and computer and phone screens are quickly overtaking paper as the most popular way for people to access daily news. We’re witnessing a revolution of the medium, the enormity of which hasn’t been seen since the advent of the printing press, which up until now had been the biggest improvement to written communication since the pen and paper replaced stone tablets and chisels.

Because of this, we were told, the professional landscape of the news industry has been replete with annual layoffs and grisly cutbacks that many interpret as the final death knells of print news. We were setting ourselves up for disappointment if we expected to land secure, well-paying jobs after graduation. Journalism is no longer a real career, it seemed. Information is free online, and no one—save for the government-funded CBC—could compete in the market indefinitely.

These facts were reiterated in my media economics course, where we spent weeks looking at sobering charts and statistics that depicted the accelerating nosedive in revenue for formerly strong publications like the Vancouver Sun, Globe and Mail, Toronto Star, and Maclean’s. The money needed to fund the quality and quantity of print journalism enjoyed throughout the 20th century is no longer within our reach.

Despite this, I still hold on to hope that there will be a place for me in this industry some day. Does this make me deluded? Maybe. Does it make me naïve? It probably does.

I am not so deluded and naïve, however, to believe that the Canadian news media’s economic problems can be solved by relying on government subsidies. We need innovation that will carry journalism into the 21st century. We need an unprecedented shift in the business models that underpin Canada’s largest news organizations. Aside from prolonging the print-centric industry’s demise, a few dollars more will change nothing.

There are other problems with the deal, too. Trust in the media has eroded steadily over the past few years thanks to fake news and propaganda. Accepting money from the government, an entity you are meant to be scrutinizing, makes for terrible optics, and whether or not this influences your coverage is hardly relevant. People will inevitably view it as a bribe, and folks will chalk it up as another reason to question the reputations, credibility, and motivations of Canadian reporters.

Notably, this announcement is coming before an election year, when political parties most need the media on their side. The subsidy could even backfire when people start to suspect that non-partisan coverage of the campaign is being influenced by money, damaging the public’s opinion of the government.

It’s an agonizing dilemma for journalists, who need to preserve their credibility but also rely on the survival of the industry. Whatever happens, the money will only be a band-aid solution to a larger problem.