Fashion School: End of an era 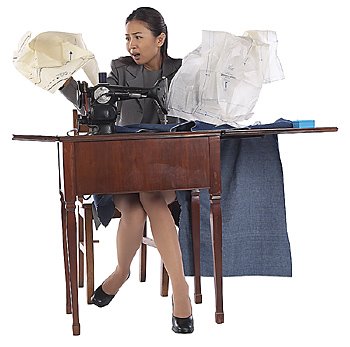 One morning last week I tuned into the CBC while making breakfast and happened to catch a story on the annual cherry blossom bloom. The story began with classic stock footage of the blossoms in high def and happy tourists snapping photos. But the story took a dramatic turn as the reporter began explaining that the premature bloom – apparently the fifth year in a row – was actually blatant proof of global warming, and implied the eventual extinction of the famous tree.

This sort of ominous forecast, shrouded as it were in flowery serenity, is a perfect metaphor for how I feel when at least four or five times a week, someone asks me if I’m excited to be graduating this month.

Its hard to reflect on what it means to be finishing four years of fashion school – almost as hard as it is to explain to “outsiders” (also known as anyone not directly associated with ‘The Industry’). A three-dimensional industry delivered in a shiny two-dimensional package, the fashion world is a surprisingly private community that presents a very deliberate public image, and as such is often misunderstood.

I can’t tell you how many times I’ve had to patiently explain to well-meaning small-talkers that yes, I am a fashion student, but no, I don’t want to “be the next Versace” and yes, I’ve heard of Project Runway, but no, I do not watch it. Sometimes I forget that what I perceive as ignorance in the general public is actually just a very normal reaction to a subject that I know abnormally well.

A requirement of the collection is that it be targeted towards a “niche” – or small, underserviced – segment of the consumer market. To those of us in the fashion program, niche markets are the perfect customer base; they are looking for something specific that isn’t readily available and by providing them with a product that caters directly to their needs, designers are able to both serve the public and ensure themselves a certain degree of autonomy within the fashion industry (read: job security).

As nonchalant as I try to be about the show, I am excited. I think its hard for all of us to fully appreciate how far we’ve come when we’re constantly analyzing and micromanaging our education, but having a large production – which boasts a 2700 attendee count – in our honour is something even the humblest among us can’t deny is pretty impressive.

But like the cherry blossoms, receiving our degrees is only the first indication of something bigger to come. Like the shady side of a hill I’ve been climbing for four long years, life after The Show waits patiently for me, and its will mild apprehension that I work towards the day when I will be forced to stare life in the face and finally address that nagging question, “What the fuck are you going to do with your life?”