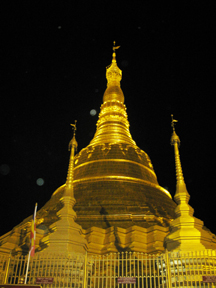 Travelling Myanmar has been a hot topic on the international stage. While many governments suggest their citizens boycott travelling there to avoid giving money to the military government, politicians inside Myanmar are calling for tourists.

They say smart tourism puts money into local hands (although the government inevitably gets a cut) and allows guests to bear witness to the oppression first hand.

They also argue that the more foreign tourists that are in the country, the harder it is for the government to commit crimes against its own population. Here are a few tips I’ve outlined to limit how much money you put in the military juntas hands:

1. Stay in locally run guest houses and hostels as opposed to large government-built hotels. The military used forced labour in many cases to build these large tourist resorts. Don’t support this practice; stay small, stay with the locals. Another benefit to staying with the locals is that your money goes directly to the impoverished citizens instead of directly into the military’s pocket.

2. Purchase your food and drinks from street vendors and small family run restaurants instead of large government restaurants attached to hotels.

3. Purchase gifts and souvenirs from local craftsmen not big companies and corporations.

4. It’s important to remember that foreign companies and corporations are only able to operate in Myanmar as a joint-partner with the junta, so avoid dealing with them.

5. If possible, avoid tours run by government travel agencies, the money can go directly to the junta. Try to find local guides and experts to show you around, as they need the money the most.