Psych students losing their minds and lab over budget cuts

Cuts to the psychology lab will affect futures, say students.

According to documents obtained by The Runner, the psychology department’s budget has been cut almost in half by $27,800, slashing the department’s non-salary operating fund.

The non-salary operating fund was used to hire psychology students that could be of assistance in the two labs located on the Surrey and Richmond campuses. 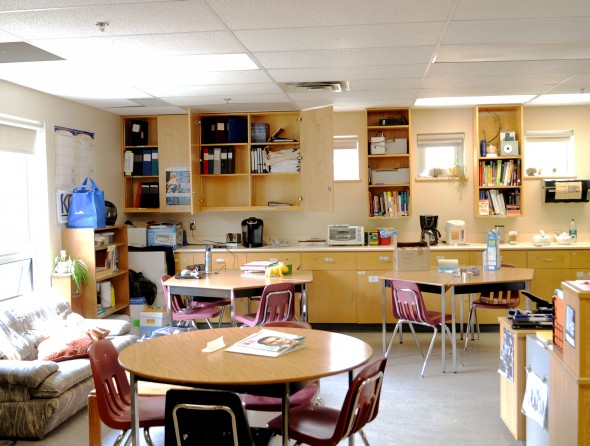 Bert Sager, a fourth-year psychology student and vice president of the Kwantlen Psychology Society knows first-hand how the cuts have affected students. Now a graduate student at Simon Fraser University, Sager was one of the hired student lab assistants.

“We found out [about the cuts] when we got notice that we were losing our jobs,” says Sager.

In an interview with The Runner, Sager insisted that without the psychology lab and the student assistants there to help, Kwantlen would be stunting a program that is well-known, and well-respected in the psychology industry and graduate schools.

“If they have their budget cut, then the students that are employed in the lab can no longer be employed, which for some of them would mean finding a job off campus, which would mean possibly not being able to study full time which is a big deal if you’re trying to go into grad school,” says Sager.

“We are selling their futures short and the thing is psychology is one of those few faculties that puts Kwantlen on the map,” says Cellier.

Concerned psychology students fear that the cut student jobs could mean restricted access and services from the lab space.

According to the March 25 university senate agenda, all faculties and departments will be facing a one per cent deduction in their budget.

Cellier believes the rationale to the severe cut in the psychology budget is linked to a recent cut in university funding.

“I had several conversations surrounding budget with upward administrators and honesty these guys were handed a pretty bad deck,” he says.

“They were asked to cut off one per cent from every single faculty to try and make up for the drastic cuts that the government has been shoving down their throats.”

Romy Kozak, associate dean of the faculty of arts, argues that the one per cent decrease has nothing to do with the psychology department, and only affects the administrative side. She said that the recent lack of funding for the non-salary operating budget had to do with a reallocating of the budget, from psychology to other departments.

“We were addressing some imbalances that became apparent to us among the various departments and programs that we have. A few departments were getting a rather substantial part of the funds available and other areas were getting absolutely nothing … we want to encourage the success of all of our students in the arts,” says Kozak.

Described on the Kwantlen website as a strenuous program, the psychology lab allows students to be informed in how to apply for scholarships and to learn or participate in research, which Sager says is necessary for students to continue on to graduate school.

Although the space is provided with two professional support staff, students know the actual experience of being in the psychology program, and are better able to help, says Sager.

“I’m going to SFU for cognitive neuroscience. Part of what got me in there was the research work that I did here at Kwantlen for which I would not have had the opportunity without a psych lab.”

Kozak says there is still in an ongoing discussion with the psychology department.

“It’s at the department’s discretion how they allocate that budget,” she says.

“In terms of professional support staff the lab assistants who enable the running of the lab, that hasn’t been cut.”