Should the Queer Representative Be Called Something Else? 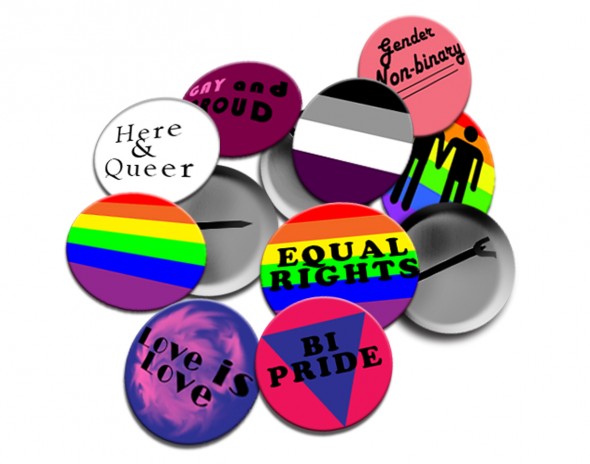 The possibility of changing the title of “Queer Student Representative” was raised by the Kwantlen Student Association’s council before its Annual General Meeting in April.

The current title was adopted in 2007, when a student came to the constituency representative to express the fact that they felt excluded from the community because of the position’s title, which had been “Lesbian, Gay, Bisexual, and Transgender Students Liaison” at the time.

“The representative at the time had been approached by a student who was asexual and said, ‘The LGBT’ [title] does not represent me,’ which made the representative realize that the title itself was a barrier,” says KSA Women’s Representative and VP Student Life Natasha Lopes. “Concern was expressed that the term ‘queer’ has been used as a derogatory term in the past and that some LGBT students might be opposed to the name change.”

Pride Kwantlen shared the concerns of students who were underrepresented by the position’s title, so they supported the name change. The motion was put forward by the KSA to change it to Queer Student Representative, an encompassing term that students agreed was more inclusive of other sexual identities, and it passed. 10 years later, student representatives are now challenging the name and have suggested changing it to “Pride Representative” instead.

“I don’t feel comfortable identifying myself as Queer,” says Kayla England, who is currently the Mature Students Representative, but has served as Queer Representative in the past. “Growing up in Edmonton, there was a real culture where there were a lot of derogatory terms being thrown around and that was one of them, and it was used as an insult towards me.”

“To me, it was almost like a slap to the face every time I was called the queer representative, even though I qualify under that umbrella term.”

England supports changing the name to Pride Representative in order to make it “easier for students to understand the positive connotations of the term.”

KSA Senate Representative and Kwantlen Polytechnic Interest Research Group Board Organizer Kim McMartinsaid in an email that she’s “comfortable with both Pride and Queer” as terms.

“By the word Queer, I recognize that others maybe are reminded of what others pushed upon them. I feel though there needs to [be] much more feedback from the Pride collective,” she says.

Lopes and England also believe that there should be more consultation with the community and constituents before moving ahead with any changes.

“If the student body has something to say, the student body will say it,” says Lopes. “It’s not a simple motion. It’s coming forward with all of that information you’ve gained from your dialogue with the collective, bringing it to the table and saying, ‘Hey, this is why this should change.’ And it’s a long process, but if you want it to be done properly, then it should be done in that manner.”

Lopes says she’s not opposed to the name being changed so long as students and members of the community are properly consulted during the decision making process. Without that, she worries that any change would be undemocratic.

England says that she’s committed to talking to students to come to a consensus.

“In April, after the AGM is completed, I will be doing some consultations with Pride Kwantlen,” she says. “Going forward, I’m actually going to take that upon myself to try and get this community back together because it’s been really fragmented and underrepresented in the past.”