After Thought: B.C. Youth Deserve an Equal Place in Our Democracy 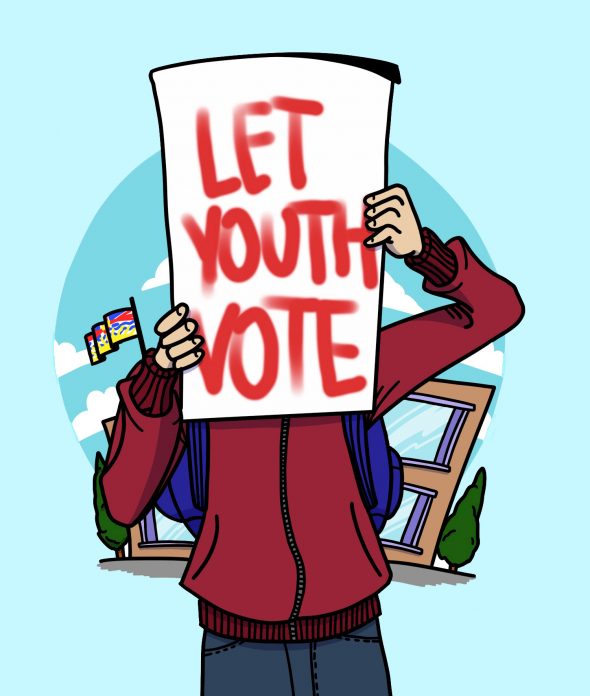 In mid-March, B.C. Green Party leader Andrew Weaver made an announcement suggesting that the province should lower the voting age to 16. It’s a good idea based on a simple premise: that the youth of today deserve to have a say in their future.

The internet has given members of our society an unprecedented ability to inform themselves, and typically, younger people have always been the demographic most capable of keeping up with the ever-accelerating changes in technology. Younger students are getting smarter and more sophisticated, as well as more politically organized, compared to past generations.

Social media has become a powerful tool for change, and nobody knows how to use it better than the kids in high school. Just look at the States and the conversation surrounding gun control.

In opposition to the increasing amount of gun violence in American high schools, students are banding together and putting pressure on the NRA and the U.S. government to implement sensible gun control regulations. Students are taking it upon themselves to enter the national discussion. They’re voicing their opinions in ways that may have real effects on policy, even if they can’t participate in democracy through the traditional method of voting.

In 2014, Scotland allowed people as young as 16 to vote in their referendum for national independence, which demonstrated high school students’ ability to mobilize politically. The Brexit referendum, on the other hand, did not allow youth to vote—despite the fact that the overwhelming majority of them were opposed to it—and they would ultimately be the ones left to deal with the consequences.

Policy decisions with the potential to create very long-term consequences are being made every day, so it hardly seems fair that the people who will actually be affected down the line are unable to vote.

People can object, saying that high school students might be easily swayed by their parents’ opinions and would just act as an extension of their electoral demographic, giving parents more power come election time. But that same argument could be said about voters of any age. Nobody is immune to being persuaded to vote one way or another by their peers, so it seems arbitrary to single out 16-year-olds.

If politicians were more inclined to appeal to younger voters, they would pass policies geared towards benefitting the future. Since the Kyoto Protocol was enacted in 1994, Canadian politicians have repeatedly promised to lower greenhouse gas emissions, yet have never actually made good on those promises. That’s more than 20 years of unaccountability and inaction.

If 16-year-olds were able to vote, it would be more rewarding for governments to stick to long-term plans, forcing them be more accountable for their promises.

Sadly, it may also be the case that the increase in youth involvement with politics is happening out of sheer necessity and self-preservation. Older generations, including my own, have carelessly charged the youth of today with handling the effects of climate change, burgeoning globalization, and the growing volatility of the economy.

The stakes are higher for them, but under the current voting age, they are essentially stuck with being ruled by people who do not share their experiences or perspectives. They are stuck with being subjugated by the tyranny of the majority.

Younger students deserve the right to stand up for themselves and fight for their own interests and for the longer-term interests of this world. It’s becoming increasingly clear that, on many levels, nobody else is willing to.