Afterthought: What’s on Deck with the New Federal Cabinet Shuffle 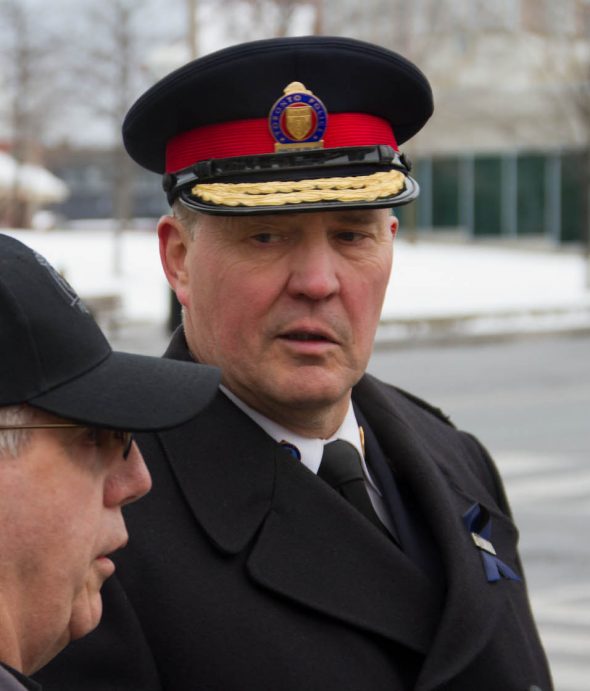 Always one of the more exciting parts of the political cycle, cabinet reshuffling is an opportunity for governments to update their roster of ministers to fit the party’s strategy. It’s also a chance for journalists and political junkies to speculate and analyze what each change says about the party’s intentions for the future.

This most recent shuffle, which took place on July 18, moved six ministers to different positions, changed the portfolios of five others, and introduced five new members into the cabinet.

Right away, both the media and the opposition have scrutinized the Liberals’ decision to bring former Toronto Police Chief Bill Blair into the mix. Blair, the new Minister of Border Security and Organized Crime Reduction, is not a source of controversy at the moment, but may soon become one due to potential conflict between him and Ontario Premier Doug Ford.

On Wednesday, Conservative MP Lisa Raitt said that she thinks Blair’s appointment “is going to be fraught with difficulties, especially when it comes to dealing in Toronto and Ontario.”

Why the animosity? Blair was the chief of police in 2013 when Ford’s brother, the late Rob Ford, was being investigated for using crack cocaine. Doug called for Blair’s resignation after he publicly released the video of Rob smoking crack. Despite the fact that Blair had nothing to do with Rob’s unadvisable actions, that hasn’t stopped Doug from making Blair his nemesis.

Pablo Rodriguez is the new Minister of Canadian Heritage and Multiculturalism, taking over the position from Melanie Jolie, who is now the Minister of Tourism, Official Languages, and La Francophonie. Jolie encountered some pointed backlash in 2017 after cutting subsidies to newspapers and releasing a new cultural plan that critics claimed really didn’t do anything new or effective.

Mary Ng will be filling the recently created position of Minister of Small Business and Export Promotion, ostensibly as a response to the trade conflict between Canada and the US.

Also possibly related to the economic volatility emanating from Trump’s ill-considered attempt at economic isolationism, James Carr’s job has changed from the Minister of Natural Resources to the Minister of International Trade Diversification. He is being replaced by Edmonton MP Amarjeet Sohi.

Hehr, the former Minister of Sport and Persons with Disabilities, was a magnet for controversy, being accused of insulting constituents and sexual harassment. He even drew the attention of the Ethics Commissioner for potentially using his power to help his father gain a seat on the Calgary Board of Education.

Trudeau has replaced himself with Dominic LeBlanc for Minister of Intergovernmental Affairs. It has been speculated that LeBlanc will be there to crack the whip, albeit with a smile on his face—a responsibility that some say The Right Honourable was beginning to drop the ball on.

LeBlanc’s full title is Minister of Intergovernmental and Northern Affairs and Internal Trade, replacing the “and Youth” representation footer from Trudeau’s former position. Now, younger Canadians don’t have any official representation in cabinet, token or otherwise.

What’s the point of representing the demographic responsible for the entire future of this country when they can’t even vote, right? Nevermind that 2015 saw a 17.7 per cent increase in turnout from newly eligible voters over 2011.

Speaking of the dysfunctional and myopic ageism in government that Trudeau vowed to challenge when he was first elected, Filomena Tassi has been appointed to the newly created position of Minister of Seniors. It makes sense, seeing as Canadians aged 65 to 74 are the highest voting demographic at 78.8 per cent.

As the year wears on, there will doubtlessly be more to talk in regards to the refreshed cabinet. Whether these changes increase the party’s chance for re-election remains to be seen.