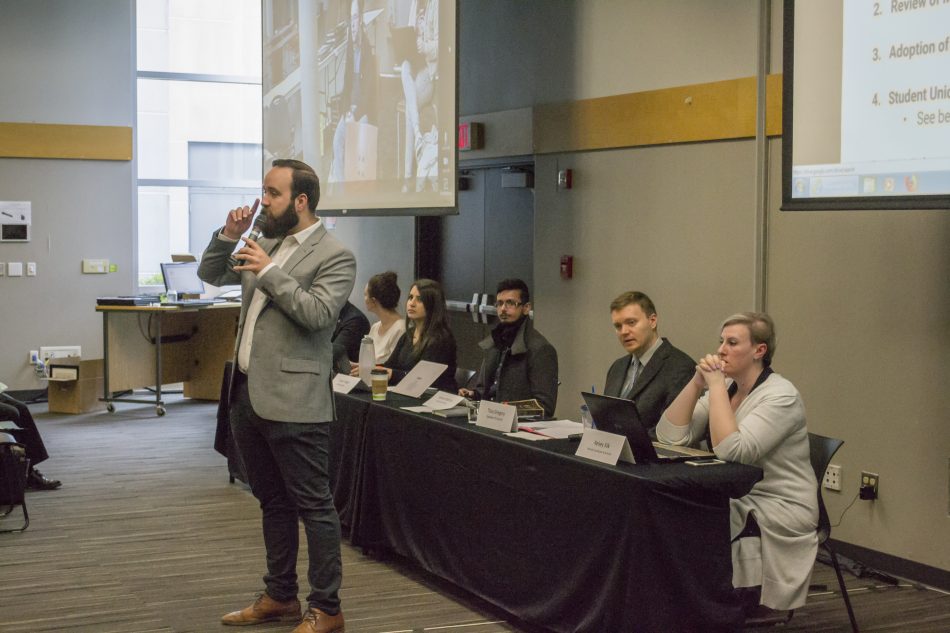 After six years of serving KPU students as the general manager and executive director of the Kwantlen Student Association, Jeremy McElroy has transitioned out of the society.

McElroy got involved with the KSA in 2012 and has worked with seven different executive committees since then. He was previously instrumental in implementing the KPU Multipass Program and oversaw much of the planning for the funding and construction of a new student union building (SUB).

“He has helped shape the organization into what it’s been,” says KSA President Caitlin McCutchen. “The role has evolved over the years and he has made it grow and has contributed a lot. We’re sad to see him go, but this is a nice stepping stone for him as well.” 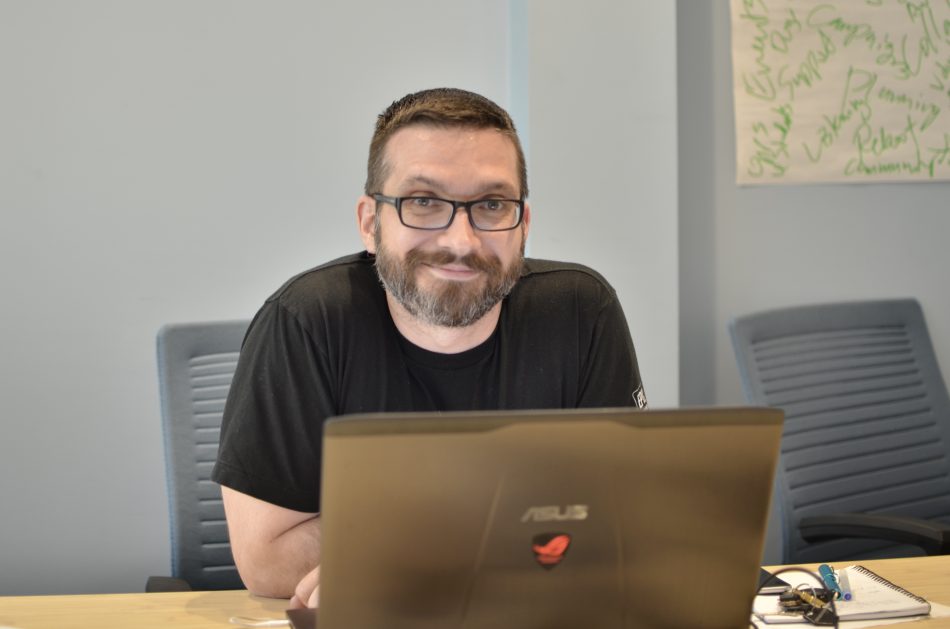 Benjamin Newsom is the former Student Services Manager for the KSA, and is now the Executive Director for the time being. (Braden Klassen)

KSA Student Services Manager Benjamin Newsom, who will be filling the executive director position until a replacement is found, also feels that McElroy, “has affected a lot of people and put in a lot of programs” at KPU.

McElroy says that he has learned a lot during his time with the KSA and is proud of how the association has changed over time.

“Each year I get to see these really talented student leaders come in with varying levels of life experiences and professional experiences,” he says. “I see how they evolve and how they develop as leaders both on campus and in the community.”

The KSA has also encountered some challenges during McElroy’s tenure, however. Some of these include vacant council positions, legal issues with the BCFS and the CFS, and delays on beginning construction of the student union building, a project which McElroy has been involved in from the beginning.

“I’ve had to learn to understand that things take time,” he says. “When I came into this role, I had a fully-charged battery and was ready to go into some really big things that the KSA had wanted and were part of this vision that I saw for the organization. One of those things was the SUB.”

McElroy feels that the lengthening timeline of developing the SUB has been “unfair to students,” but he also says that KPU has had other major capital projects—like the Chip and Shannon Wilson School of Design and the Civic Centre campus—taking precedence.

McElroy’s departure comes at a time when the KSA is searching for several new staff members. Currently, there are two vacant positions on staff, and another two positions are expected to become vacant in the coming months.

“We’re going with the flow,” says McCutchen. “The internal direction is going to be a little bit different, which is kind of exciting, but it has also been a challenge.”

“With limited staff support, it could be difficult to do everything that we would normally do,” says Newsom. “Although, at a bare minimum, for the fall we should be able to at least have our standard Welcome Week orientation. That stuff will get finished.”

Newsom says that he expects his new role in the association to be a balancing act of maintaining services and responding to challenges as they arise.

“One thing we want to make sure that we’re always able to do is respond to new concerns, new ideas, or new projects that students bring forward,” he explains. “Students are the people who are supposed to be driving this organization.”