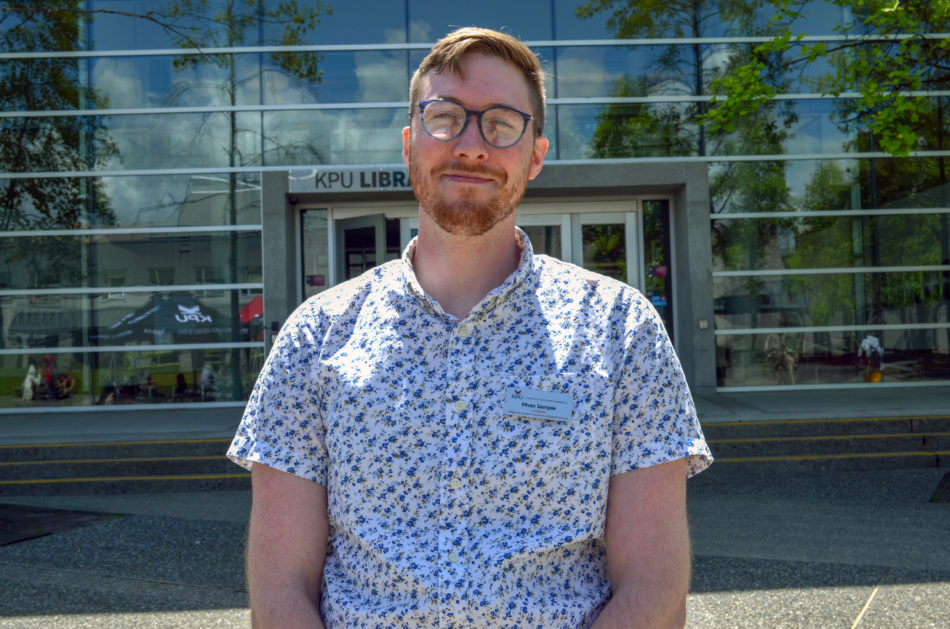 The summer solstice, June 21, is recognized in Canada as National Indigenous Peoples Day.

If one day of acknowledgment and celebration just doesn’t feel like enough to you, you’re not alone. Indigenous Services for Students wanted to spend the whole month celebrating “all the Indigenous culture and resilience on Turtle Island [also referred to as North America],” according to the event series page on the KPU website.

To kick off the month-long celebration, KPU’s Elder in Residence, Lekeyten, spoke at the Surrey campus for the opening ceremony of Indigenous Peoples Month on June 3.

For students who are unsure of which events they’d like to to attend, Samantha Jack—student host and mentor at KPU, head of the Indigenous Student Council, and member of Nuu-chah-nulth nation and Stó:lō nation—particularly recommends attending Fatherhood and Men’s Responsibility on June 17 from 2:00 pm to 4:00 pm in the Surrey Main Courtyard.

Len Pierre, previous Manager of Indigenous Services for Students, member of the Katzie nation, and loving father will be speaking at the event on Father’s Day.

Since Pierre stepped down from his position on March 29, Ethan Semple—member of the Métis nation and coordinator for Indigenous Student Transitions and Support Services and Indigenous Services for Students—organized the series of events.

“I had about a month and a half to put it all together,” says Semple. “It has been stressful, and this month is going to be stressful, but also exciting and I’ll be very happy when it’s done.”

Semple recommends checking out Traditional History of the xʷməθkʷəy̓əm and hən̓q̓əmin̓əm̓ on June 13 from 2:30 pm to 3:30 pm at The Gathering Place.

“Xʷməθkʷəy̓əm (Musqueam) history is going to be really cool,” says Semple. “We are bringing in Mr. Terry Point, who is a Musqueam knowledge keeper. He also works in the Richmond school district as an aboriginal support worker.”

Unfortunately, due to the low student count during summer semesters at the Richmond campus, this event could not be held on Musqueam territory.

Beyond the scope of KPU campuses, feel free to head over to Holland Park for Surrey’s National Indigenous Peoples Day Celebration and Wellness Event from 3:00 pm to 8:00 pm. This event, like all of the ones hosted at KPU, is free to enjoy.

Surrey resides on the unceded territory of the Semiahmoo, Katzie and Kwantlen peoples, and according to the City of Surrey website, Statistics Canada found in 2011 that the city has “the highest Urban Indigenous population in British Columbia.”