We Should all be Judging Matthew Begbie

Begbie sentenced six First Nations chiefs to death, but a statue of the man still stands in New Westminster 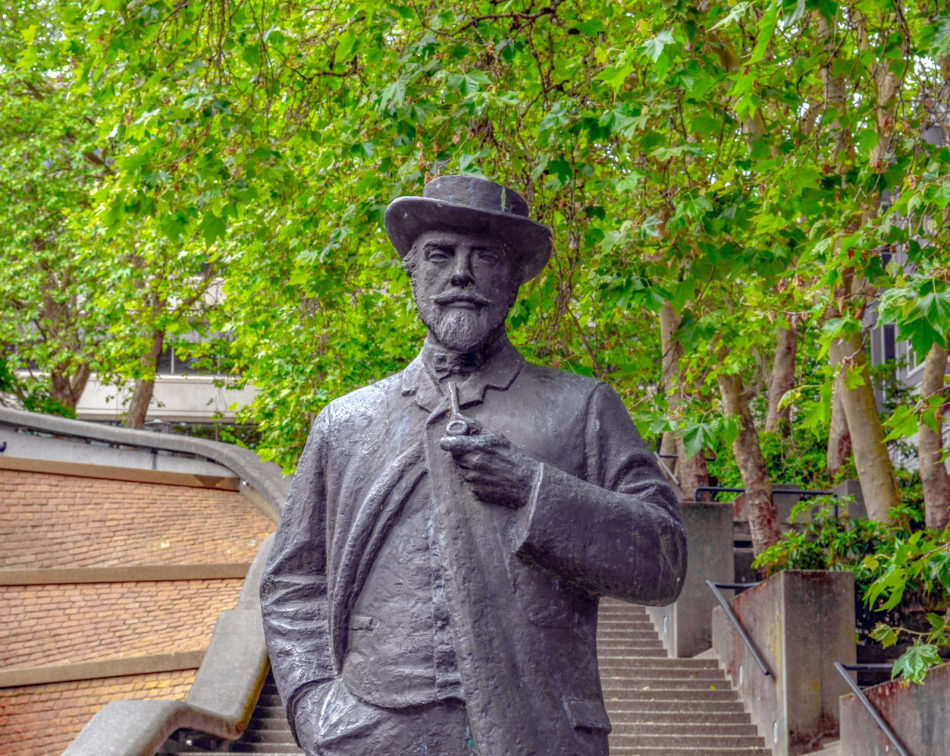 Looking back at human history helps us predict obstacles that we may face going forward, but it isn’t always a pleasant experience.

Such is the case while reflecting on Judge Matthew Begbie, a lawyer and politician who was alive from 1819 to 1894. He was honored by having a statue of his likeness placed in New Westminster, though some argue that he may not be deserving of having a landmark in his name.

Begbie is accused of wrongfully trying no less than six First Nations chiefs during an infamous phase of British Columbia’s history referred to as the Chilcotin War. In 1864, Begbie arranged the hangings of Tsilhqot’in Chiefs Biyil, Tilaghed, Taqed, Chayses, and an unidentified sixth referred to as Lhats’as?in with no justification. As if that act was not abhorrent enough, Begbie went on to repeat his offense the next year with the trial and hanging of Chief Ahan.

Begbie’s actions constitute just a few of the many shameful blots on the history of our country, and though apologies were issued by the governments of New Westminster and Canada as a whole between 2014  and 2018, the commemorative statue of Begbie still stands in front of the courthouse named after him today. It wasn’t until recently that the city began considering removing the statue.

So, what of Begbie’s sentence? The discussion about whether or not the statue should be removed seems to be fairly one-sided at the moment, with many calling for the city to rid of the symbol of racism. However, there are those who are inclined to see the statue as a lesson, a sombre reminder of how toxicity can permeate communities. Perhaps we can do what Begbie did not: judge without bias, and do the right thing.

To remove the statue could be seen as sweeping the tragedy associated with it under the rug. To keep it would mean glorifying the life of a murderer. Either way, the past remains unchanged, and how we deal with this tragedy going forward is entirely up to us. It is only by considering both options that we can reach a truly fair decision.

I believe we should remove the statue. The idea of casting such a heinous criminal in bronze and immortalizing his legacy makes my stomach turn, and while emotional response shouldn’t hypothetically be a factor in unbiased decision making, I think that feeling is just an indicator of how insidious Begbie’s continued presence in New Westminster would be. However, I would consider combining that solution with another: placing statues of the wrongfully executed chiefs where Begbie once stood.

The painful parts of our past are difficult to navigate, but to do so with honesty and integrity is to commit ourselves to forging a better future. Regardless of which course that future takes, Chiefs Lhats’as?in, Biyil, Tilaghed, Taqed, and Chayses have not been forgotten, and we can only hope to do them justice from this day onwards.