Vancouver and Victoria Should Hop Off of Horse-Drawn Carriages 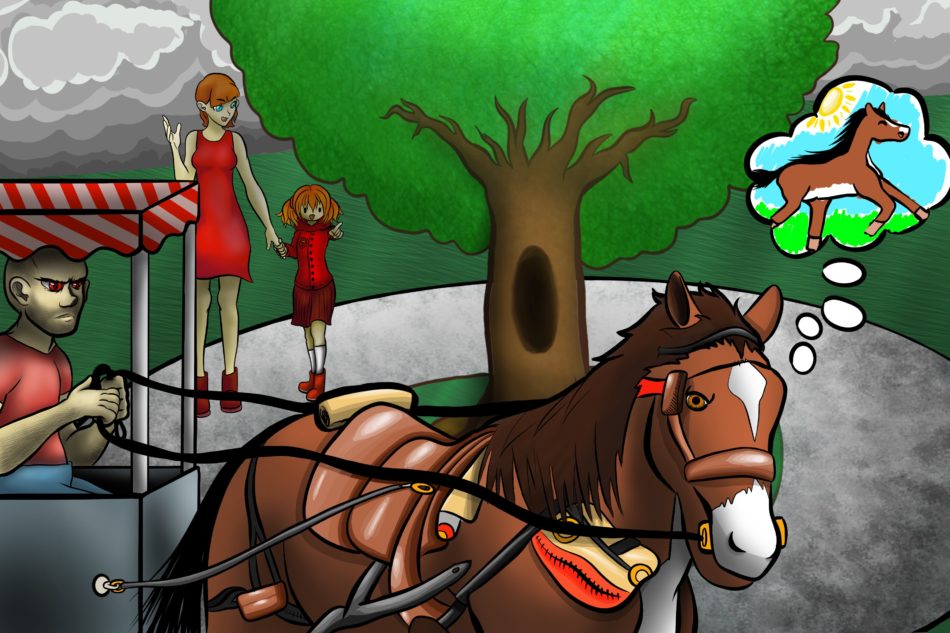 You’ve probably seen them in Stanley Park or on the streets of Victoria: cartloads of sweaty, uninterested tourists awkwardly bunched into horse-drawn carriages. And for some reason, if you drive one of those things, you’re required by law to dress like it’s the 1800s.

That’s your first sign that horse-drawn carriages are an outdated mode of transportation, both socially and ethically.

It’s just wrong to make horses pull large amounts of weight through loud, crowded roads. Horses are easily startled by nature, and accidents involving horse drawn carriages happen all the time, causing injury to both the horses and passengers alike.

As Maclean’s points out, the use of horse-drawn carriages used to make sense when Canada was a developing nation, but Canada has long since outgrown their viability. Now that these carriages only exist for entertainment, it’s harder to look past the cruelty and exploitation of the horses.

Perhaps that’s why people, including Victoria Councillor Steve Issit, have an open distaste for the practice riding in horse-drawn carriages. Issit even suggested banning them in early May, but has since backed down from the proposal due to protest from the small communities of people who, for some reason, think horse-drawn carriages are an important part of the city’s culture.

It would be great if Victoria and Vancouver could join the handful of cities across North America that have already banned these carriages, like Camden, Key West, Palm Beach, and Salt Lake City.

It would also be another step in the right direction in terms of re-evaluating the subservient role that animals fill in our society. I’m all for uniting to protest against practices like the inhumane involvement of animals in circuses, or the cruelty of keeping sea mammals imprisoned within the confines of Marineland. Believe it or not, there are more ethical and, frankly, more enjoyable ways to interact with animals.

Carriage drivers and company representatives will swear by the quality treatment of their horses, which is fair enough. Perhaps the best solution is enforcing more strict regulations about the well-being of horses, such as by designating carriage trails where there aren’t any cars or limiting the number of hours they are allowed to work.

Still, that wouldn’t change the fact that horse-drawn carriages are just another symbol of all the practically useless and harmful practices that people nostalgic for a romanticized version of history can’t let go of. One of those practices is allowing for the mistreatment of animals.

Also, if you spend your money on being hauled around by old, tired horses being forced to breathe in exhaust fumes all day, you’re probably an asshole, or boring, or both.