$200 and an ethical compromise yielded a C- paper 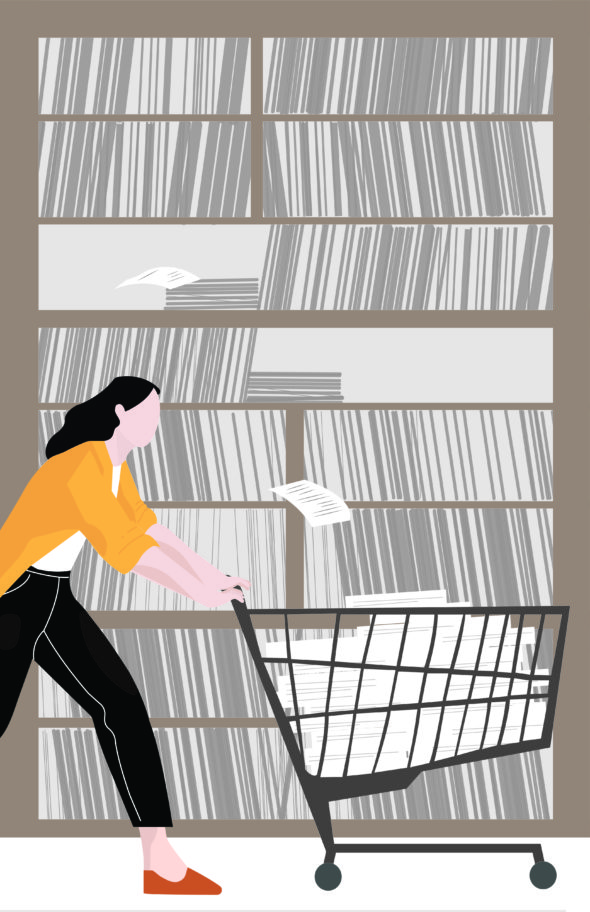 Every student has been there.

It’s the night before a big essay is due and the stress is slowly taking over. Sweat pours from your brow as you stare at a blank Word document and slowly press “next episode” on Netflix.

There are, however, certain services that claim to offer a way out for students who can’t—or simply don’t want to—write a passable essay for class.

One such service, EduBirdie—which launched in 2015—advertises its essay writing services for students who “can’t even.” They boast of their ability to deliver work “within a deadline of three hours” and claim that, by cross-checking their information on the internet and consulting with their database of completed orders, each paper is guaranteed to be 100 per cent factual and plagiarism free, starting at just $25 a page.

Essay writing services like EduBirdie encourage students to use their essays as templates to guide them when completing assignments for class. However, many students who use these services ultimately submit the essay as their own work.

In April, the CBC conducted an investigation into a Toronto-based essay writing service, and found that some essays can go unnoticed by plagiarism-detection software. Following their lead, The Runner purchased a paper from EduBirdie to find out more about the validity of the claims made by the website, as well as to evaluate the ethics behind essay-buying services in general.

For this article, we enlisted the help of Dr. Gillian Bright, an instructor in KPU’s English department, who says she has dealt with plagiarism every semester since she began teaching.

When using their service, the buyer is presented with EduBirdie’s three types of “writer qualities,” each at a different price point, though prices rarely match the estimates due to writers auctioning off their services at differing rates.

The first, and lowest level of writing quality is called “all writers,” which gives the customer access to the website’s entire pool of contributors. The second level of quality is “premium,” which EduBirdie says is the best choice. This option lets only the top 50 per cent of writers—those with a Bachelor’s degree or higher—see your order, though it is slightly more expensive.

The final option, “platinum,” allows only the top 20 per cent of writers to view the order. EduBridie says this option has a 95 per cent success rate, but it adds an extra 20 per cent to the price tag.

From the customer’s perspective, there’s no way of knowing a writer’s credentials because, according to EduBirdie’s policies, writers are not allowed to disclose any personal information to the essay buyer. Many writers have screen names that include “Dr.” or “Professor” and their profile photos depict people in lab coats or graduation caps and gowns.

“Our writers go through a series of tests to ensure they are seasoned and professional,” says Avery Morgan, an EduBirdie Senior Editor. “EduBirdie asks for a diploma as a proof of higher education and a copy of every applicant’s ID for verification.”

The essay ordered from EduBirdie by The Runner was for a second-year English assignment—a 1,000-word essay on the topic of Jane Eyre. The writer, known only by their screen name “Samantha1,” was chosen because they offered one of the lowest prices (approximately $190), had a nearly five-star rating from previous users, and had reportedly completed more than 6,000 essays for EduBirdie.

Out of six topic options provided for the assignment, “Samantha1” chose topic number 4: “Both ‘foils’ and ‘doubles’ operate in Jane Eyre as contrasts and/or reflections of its central characters. Write an essay focusing on the significance of a foil or double in relation to one of the novel’s central themes.”

The essay was delivered in five days and, after being marked by Bright, was awarded a C- letter grade. In the first paragraph alone there were several confusing sentences and no clear thesis.

“There are many red flags that the writer of this essay did not take my course,” says Bright. “I teach very specific ways to structure essays and to articulate arguments. For instance, I review really useful techniques for developing sophisticated and clear thesis statements, as well as other essay elements such as topic sentences and quote integration. The student followed none of these techniques.”

Bright adds that her teaching method strongly emphasizes the importance of interpreting the text rather than summarizing it or explaining the traits of the characters in the novel. According to her, the essay purchased from EduBirdie was largely an explanation of the personalities found in Jane Eyre.

Though she says she had not heard of EduBirdie before, Bright has suspected students of using essay writing services in her class.

“As with this case, it is usually quite easy to detect a case of plagiarism—there are obvious signs that the student hasn’t read the text very well and hasn’t incorporated any of the writing skills I covered in class,” she explains.

According to Sucheta Singh, a media specialist working for KPU, faculty members have noticed a rise in cases of plagiarism, though it’s not clear whether these cases can be linked to essay writing services, as they have not been around long enough for conclusive data to be available.

Kwantlen Polytechnic University’s Student Academic Integrity Policy says that the university “ascribes to the highest standards of academic integrity” and that these standards “require students to not engage in or tolerate Integrity Violations, including falsification, misrepresentation, or deception, as such acts violate the fundamental ethical principles of the University community and compromise the worth of work completed by others.”

While academics are in nearly universal agreement that using essay writing services constitutes plagiarism, some writers—like Rahis Saifi, a contributor for the Huffington Post—defend them. Saifi argues that hiring an essay writer can help some students, particularly international students or those earning their Ph.D., alleviate the pressure of writing, allowing them to focus more on research and learning.

EduBirdie defends their services by arguing that their purpose is to “take some of the burden off of the overworked student body.”

“EduBirdie’s goal is to allow people the opportunity to enjoy life and focus on one’s passions and priorities, even when work gets in the way,” says Morgan. “Students are expected to enjoy their college education and grow as an individual, all while completing upwards of 10 assignments at a time with no excuse for failure.”

Sera Fedirko, a marketing student at KPU, says she would “never even consider using an essay writing service.”

“Ethically, I don’t believe in them,” she says. “I think students would benefit way more from visiting the learning centre, where they can actually learn skills to help them with their future, and it’s free.”