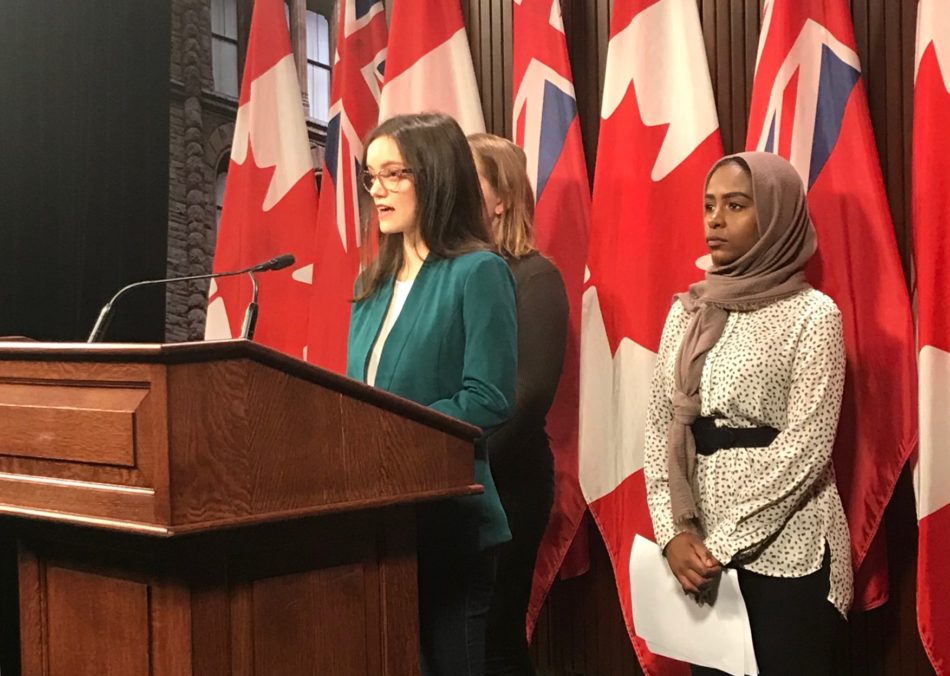 In late May, the Canadian Federation of Students launched a court challenge in response to the Ontario government’s proposed Student Choice Initiative, a policy which would categorize particular student fees as “non-essential.”

The challenge states that the initiative, which is being backed by Ontario’s Minister of Training Colleges and Universities, “improperly and arbitrarily” designates which fees are to be considered non-essential. On this basis, it seeks to stop the policy from moving forward.

The government first introduced the policy through a news release in January, and claims that it could reduce tuition fees by up to 10 per cent. According to the release, “every individual student in Ontario will be empowered to choose which student fees they want to pay and how that money will be allocated,” though the announcement adds that fees “for essential campus health and safety initiatives will continue to be mandatory.”

Student organizations across the country have voiced opposition to the legislation for fear that it could set a precedent for cutting fees that are a part of democratically elected organizations.

“We know that this is an attack on student unions’ autonomy and right to organize,” says CFS President Sofia Descalzi. “It kind of ties into an attack on resources that go to marginalized communities. For example, gender diversity centres, food banks, LGBTQ+ centres, and all of these services that allow students to feel safer on campus, or access the services and resources that they need to be able to study on the campus as well.”

Descalzi says that in April, the CFS received a list of fees that would be categorized as optional.

Descalzi says she is hopeful that their challenge will be addressed in court before the upcoming fall semester.

“We know that an attack on one student is an attack on all students. This sort of legislation would negatively impact student organizing across the country, not only in Ontario, and that is something that we need to stop,” she explains.

After the KSA left the British Columbia Federation of Students in 2018, it became one of only two remaining B.C. members of the CFS. The KSA is in a unique position where it is still involved in the Federation’s advocacy efforts, and a portion of the fees that KPU students pay to the KSA are remitted to the CFS for membership costs.

“The Student Choice Initiative will affect students in Ontario by limiting the access for health and dental insurance plans, transit passes, advocacy support, peer support, food banks, jobs, and even food services that student associations provide,” Strachan wrote in an email to The Runner.

“These will then be extra expenses that students will have to pay in order to get access to these services,” she adds. “Even though the announcement was labeled as a 10 per cent tuition cut, making it sound appealing, it is really just a cover to weaken crucial student supports and diminish the quality of education students receive. Challenging this policy will help ensure the effective use of services and helping students receive supports that they need.”

Strachan shares Descalzi’s concern that if the SCI is implemented in Ontario, other provincial governments across the country might do the same, though she believes that it is not likely to happen in B.C.