International Students at KPU Speak Out Against Work Hour Limits 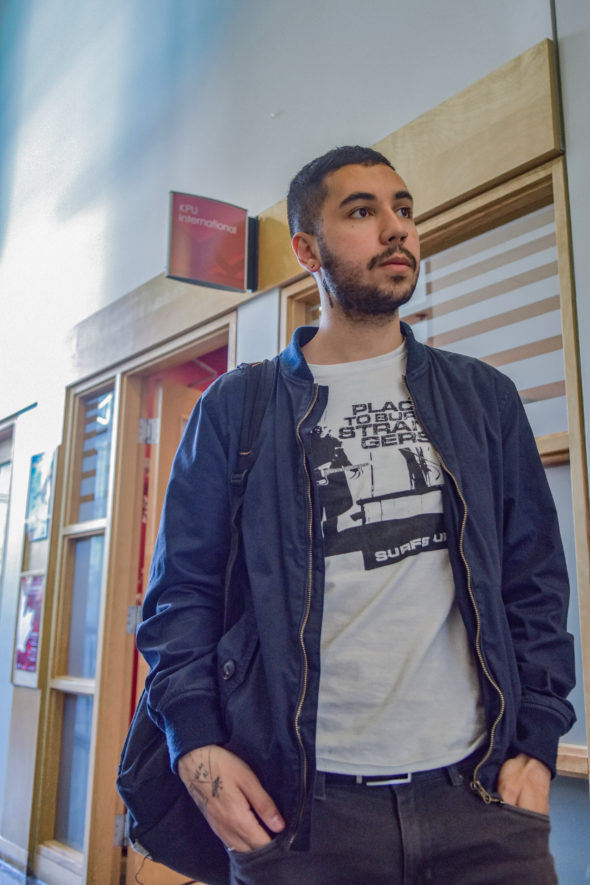 International student Fernando Cilento says that he would choose to work for longer than 20 hours a week if he was legally allowed to. (Braden Klassen)

Jobandeep Singh Sandhu, a mechanical engineering student from India, was driving a truck from Montreal to Toronto in December 2017 when he was pulled over and arrested for exceeding a 20-hour work limit placed on international students.

A year and a half later, he faced deportation.

A petition was created in an effort to stop Sandhu’s deportation and grant him a temporary residence permit, and was signed by more than 50,000 people before being presented to Ahmed Hussen, the Federal Minister of Immigration, Refugees and Citizenship.

Sandhu’s arrest has inspired international students across Canada to speak out against the work hours policy. They point to expensive tuition as one of the reasons that they would feel compelled to work past the government-imposed limit.

“Our tuition fees are incompatible with how many hours we are allowed to work,” says Fernando Cilento, an international student who works with KPU on the Surrey campus while also holding a part-time job off campus.

“When you hear things like ‘Canada is such a welcoming country to immigrants’ and ‘everything is so beautiful and bright, you can come here and you don’t need any money because there are jobs and opportunities’—it’s not so black and white,” he adds.

Gurdial Dhindsa, Kwantlen Student Association International Student Representative, says that, instead of ensuring that international students have more time to focus on studying, the work hour limits actually put more of a burden on some who find it difficult to pay for tuition and the cost of living in Canada.

“It would help students and would encourage more students to come here. If students can work hard and study, it’s a good thing,” says Dhindsa.

“Mostly, international students here are from China or from India, and there’s a huge currency difference. I would like to appeal to the government, [and I think] that the working hours should be increased,” he adds.