The event, which marks several historic milestones in LGBTQ+ history, was attended by thousands 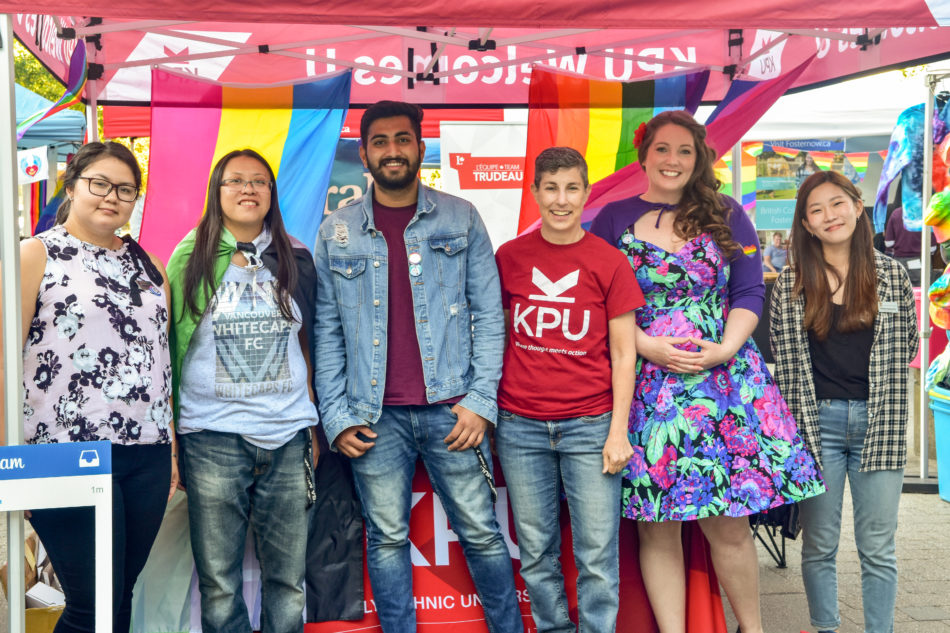 Surrey Pride President Martin Rooney remembers how the event started as a gay dance, which he says he was once told would never happen in Surrey.

“At that point in time, it was about letting the community know that there was a safe place for them in this city, and that we would not just remain in our closets,” he says.

Rooney thinks that, in some ways, the LGBTQ+ community today is a “mirror image” of what was going on 20 years ago. He draws similarities between a campaign against LGBTQ+ literature in schools that was held in 1999 and the current protests against SOGI 1 2 3.

SOGI, which stands for Sexual Orientation and Gender Identity, is a school curriculum initiative that aims to increase the inclusivity of elementary and highschools in B.C. by educating students about LGBTQ+ issues and reducing sexual orientation or gender identity-based discrimination.

Multiple businesses and unions had set up booths at the event to help visitors learn more about the services they can offer the community.

The event also featured numerous drag performances, including a drag king dressed as Freddie Mercury performing songs from Bohemian Rhapsody. There were live music performances, spoken word acts, a kids and family zone, and a cultural and literary expo inside the SFU campus as well. A trans hip-hop star was also slated to be a featured performer. However, according to Rooney, the performance had to be cancelled due to transportation issues.

Among the businesses present at Surrey Pride this year was KPU and the Kwantlen Student Association, both of which were listed as gold sponsors for the event.

KPU instructor Romy Kozak, who works with the President’s Diversity and Equity Committee, stated that the committee felt that it was “really important to have a presence [at Surrey Pride] to support LGBTQ2SIA+ students, faculty, [and] staff.”

She adds that Pride is about “making space for others and allowing them to thrive in that space.”