There’s No Such Thing as a “Politically Neutral” LGBTQ+ Symbol

Subjects involving human rights will always be political, and it’s a red flag if a group claims otherwise 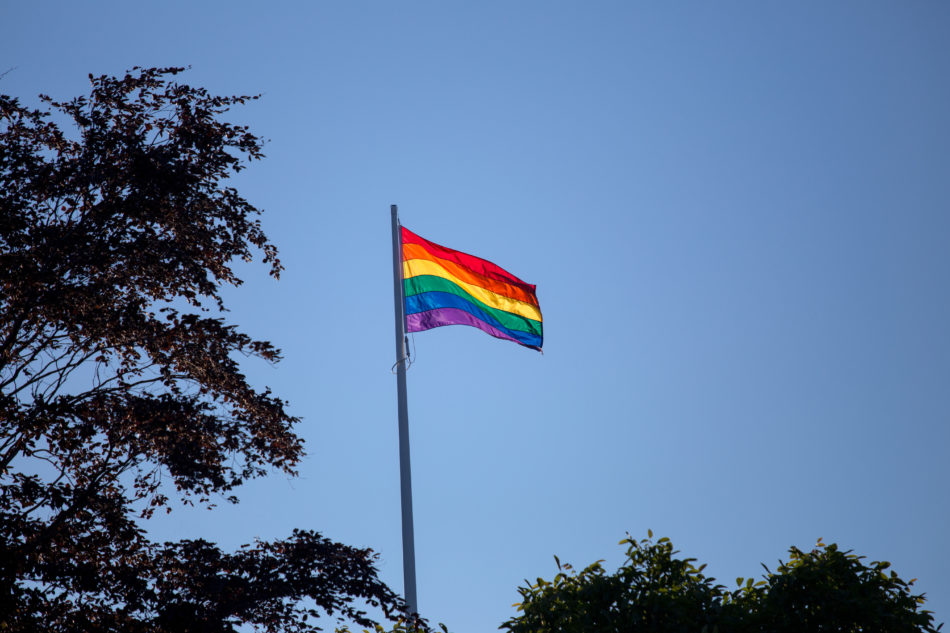 A pride flag hung outside of the Surrey RCMP headquarters sparked controversy. (Flickr. Per Pettersson)

Amidst protesters and supporters, cops raised the LGBTQ+ pride flag at Surrey RCMP headquarters for the first time on June 24.

The protests against the raising of the flag were led by the anti-LGBTQ+ group Culture Guard, whose leader, Kari Simpson, called the rainbow flag a “political symbol” and claimed that the RCMP raising the flag equated to “giving special rights to one group’s political agenda.”

As ripe as such a perspective is for sarcastic satirization, this statement raises an important point: political symbols exist everywhere, and there is no such thing as being “politically neutral.”

Political symbolism is used to represent a political standpoint and can exist in various media including banners, acronyms, pictures, flags, mottos, and more. The LGBTQ+ pride flag, which was designed by Gilbert Baker in 1978 and has seen multiple revisions and variations since then, carries the weight of the political history of the LGBTQ+ community—a history that includes years of protests and campaigning for increased awareness and treatment of HIV/AIDS, the legalization of same-sex marriage, and protection from discrimination based on sexual orientation, among many other milestones.

Even now, the LGBTQ+ community continues to face obstacles. Trans individuals still experience disproportionately high rates of assault and violence, and are murdered at epidemic levels. Biphobia is an issue that needs to be addressed by both the LGBTQ+ community and mainstream society, and gay men only recently had the waiting period to donate blood reduced from a year to three months.

This history of struggle and empowerment is implied in the raising of a pride flag. Yet, while the rainbow flag is indeed a political symbol, most, if not all, flags are political in one way or another. It’s undeniable that members of the RCMP likely identify as LGBTQ+, and it seems logical that the organization would support that, or at least aim to appear that way.

Organizations that advocate for issues related to human rights like the RCMP have to be involved in political discourse anyway, which means that there’s no such thing as a “politically neutral” organization, including Culture Guard.

In fact, a quick look at their website reveals aspects concerningly similar to a hate group—most importantly, the suggestion that the LGBTQ+ community is “the Other” and is therefore potentially dangerous to mainstream society, and the false idea that heterosexuals and their children are somehow victims of the LGBTQ+ agenda.

Realistically, the members of the LGBTQ+ community are victims of their agenda, and they and anyone who thinks like them is a real impediment to a progressive and inclusive society.

As such, they don’t have the right to cry about “political symbols” and fake attacks on “political neutrality” when the ideologies they espouse are equally political, and have put LGBTQ+ individuals in real danger.