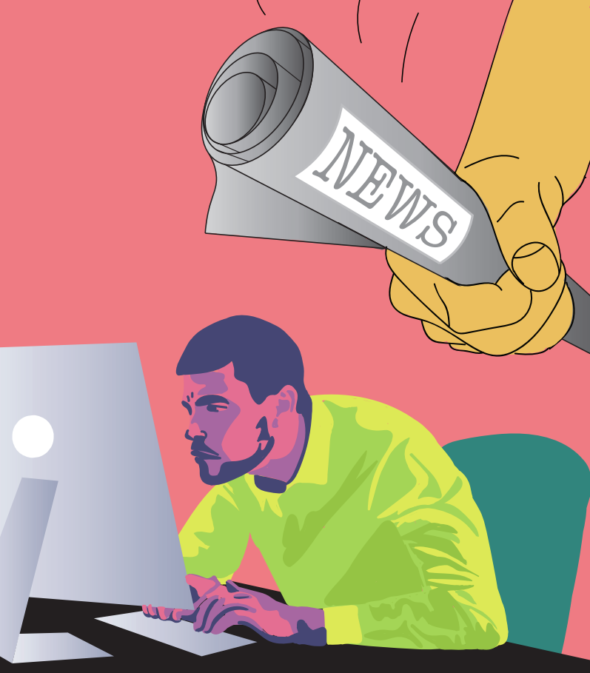 So many articles have been written about media misrepresentation of the Downtown Eastside that it’s hard to believe we’re still talking about it. Yet here we are, still reading headlines like “We bought illegal cigarettes in the Downtown Eastside so you don’t have to” — written in August by the editor in chief of Vancouver is Awesome, Bob Kronbauer.

It’s not necessary to read the article to catch the tone of this piece. The headline pretty well says it all.

The story is self-congratulatory and somehow simultaneously self-pitying, with lines like “I decided I should probably not ask any more questions as I already fear for my personal safety down there,” and “It’s an absolute gong show in the Downtown Eastside right now. So much so that the VPD is now concerned for the safety of cops working in the neighbourhood.”

To Kronbauer and others like him: Please recognize your glaring privilege and do something productive about it. Educate yourself about how the DTES came to be and the culture that exists there, outside of the peddling of what your article describes as “tasteless” and “inferior” cigarettes.

Not everyone has the luxury of “taste.” The notion of being “discerning” is so deeply entrenched in classism and capitalism that you would have to be willfully ignorant not to recognize it, especially in a gentrified area like the Downtown Eastside. Not everyone has the option of turning the other cheek to “organized crime” either —an allegation Kronbauer makes against contraband cigarette vendors that even he acknowledges isn’t supported. And no one, aside from the rich and frightened, has any reason to care about what well-to-do editors think of disenfranchised people in Vancouver.

The kind of down-the-nose snobbery and thinly-veiled upper-class NIMBYism present in Kronbauer’s writing is outright damaging and very clearly unnecessary.

And as readers, we can’t ignore the intersections of discrimination that inform this kind of viewpoint.

Look at Kronbauer, a white man with money and editorial control over an entire publication, and then get to know people around Main and Hastings. You’ll meet people struggling with substance use, people without family support, people who have been subjected to private and intergenerational trauma. You’ll meet people who were raised in poverty without the resources or ability to advance through the economic ranks, people who live on the street because they put all the money they make towards supporting their dependents or other causes important to them, and people who would rather live in a tent city surrounded by neighbours and togetherness than spending each night in an overcrowded shelter.

These are just a few examples. Those living on the streets downtown have intricate, unreplicable stories, and Vancouver is Awesome’s approach to writing about them does nothing but vilify them without cause.

If Bob Kronbauer thinks he can see the reality of what life in the DTES is like from the tippy-top of his ivory tower, he’s wrong.

If he thinks that ignoring or belittling the existence of the people who live there is acceptable, he’s wrong.

And if he thinks that we, as consumers, are ignorant enough to nod our heads and slam the share button, it’s on us to show him otherwise.

Don’t actually read the article. VIA profits off the clicks.

Here are some writers I do recommend you check out online, though: Aaron Goodman, a KPU professor who worked on the Outcasts Project, Wawmeesh Hamilton of CBC Vancouver and The National Observer, Katie Hyslop from the Tyee, and others.

End rant. I hope my anger does something helpful for you and, hopefully, for the self-awareness of Vancouver is Awesome’s editorial team.