The show was part of the Unibrow Arts Festival, which featured zines and comedy 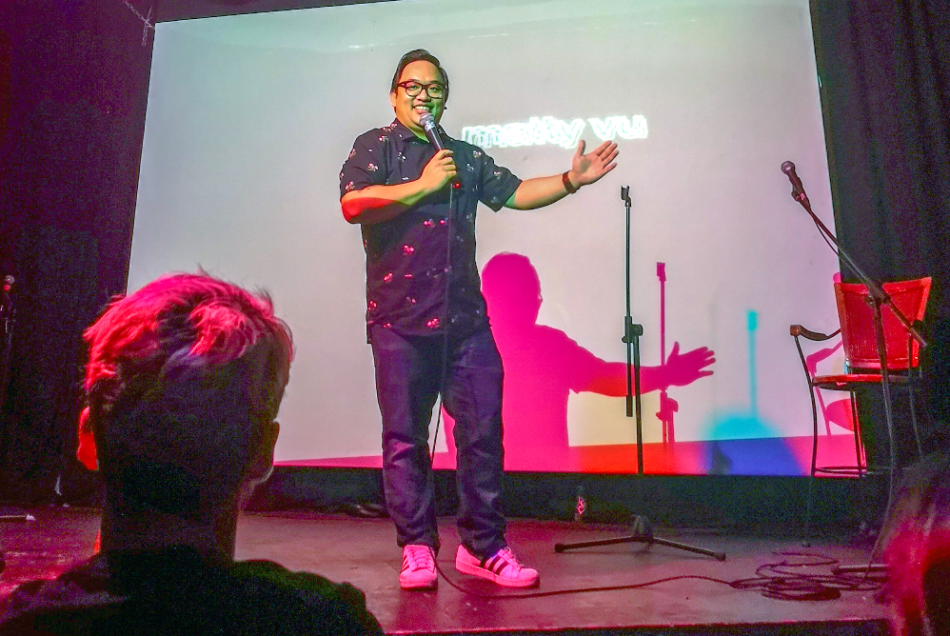 Yellow Fever, a showcase of Asian comedians, was held at Red Gate Arts Society on Aug. 24 as part of the Unibrow Arts Festival.

The event featured acts like Fistful of Kicks, an improv group that ended up describing a pretentious mall. Comedian Andrea Jin explained to the audience why Sleeping Beauty was her favourite Disney movie. DJ On recalled his escapades in the doctor’s office. Comedian Soo Jeong shared her own response to a child asking if she had a penis.

This is the third installment of Yellow Fever, and the showcase featured performers from different Asian backgrounds, though none of the comedians turned their ethnicity into the punchline.

“I’m not going to do stereotypical jokes. I’m just going to be who I am. There’s so much more to who I am than just being an Asian person.”

Yellow Fever emphasizes the importance of not perpetuating racial stereotypes, and the show was made specifically to uplift Asian voices so they can share the different facets of their personalities.

Vu also spoke about the lack of representation in the comedy scene.

“[With] Yellow Fever especially, a big part of it is that, when I was starting comedy, there was no real representation as an Asian person in comedy. The only people you did see were stereotypes, and that’s very upsetting because I don’t want to see that,” he says.

Yellow Fever was created as an effort to remove tokenization, deconstruct stereotypes, and prove that these comedians had a variety of life experiences just like everyone else.

“Our mission statement is to not have people do stereotypical Asian jokes—have people who just represent themselves and their fun weird lives. Hopefully that will inspire someone to come join and do comedy,” Vu explains.

“My main thing was to let people know that there’s comedy out there that people are really comfortable watching. We want to diversify it,” says Tin Lorica, who co-hosted the event and co-curated Unibrow.

“The point of it is to highlight lowbrow art like zines, the publishing world, comics, and comedy because they’re not considered art,” says Lorica.

Over time, says Vu, Yellow Fever has grown to attract a larger, more diverse audience instead of mostly people with an Asian background. This is important for educating audiences while still uplifting Asian voices.

Unibrow Arts Festival creates a community for artists who work in niche mediums, giving them a platform to remain independent but still come together and support each other.

To volunteer for Unibrow Arts Festival, visit their website at unibrowartsfest.com.