Divest for the Environment and for our Future 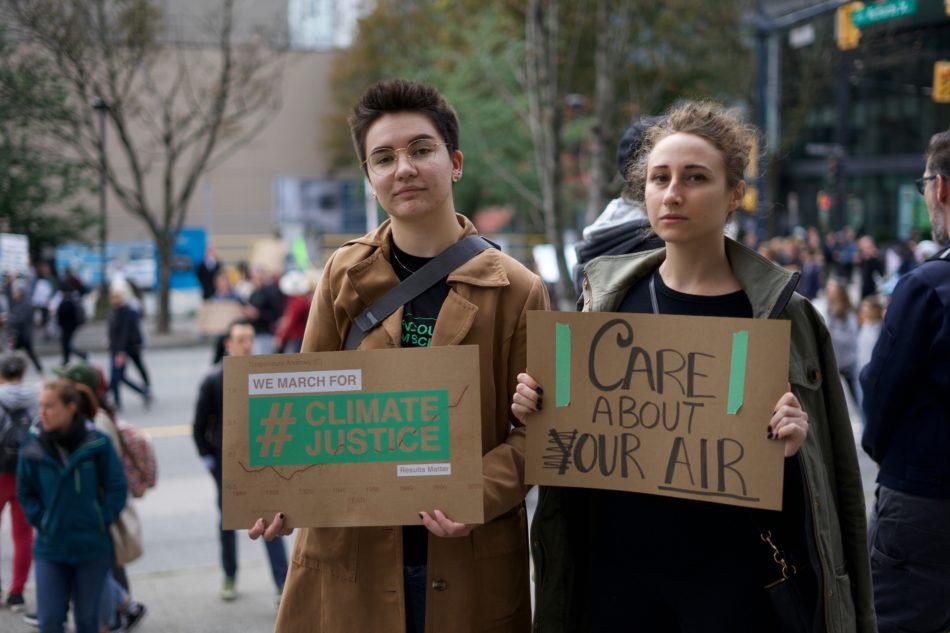 Over 100,000 people from all across the lower mainland participated in the International Climate Strike on Sept. 27. The strikers gathered at Vancouver City Hall and marched down the Cambie Street Bridge to the final gathering space outside of the CBC headquarters to express the need for world governments to take major action on the climate crisis.

Of all the activists and first-time protesters marching that day, the teenagers stood out to me the most. They were the lead organizers of the strike giving speeches at the podium. They filled the crowd with protest signs based on memes. Most bizarrely, I sometimes heard them call each other slurs and once saw them hitting one another with their signs. That last one made me remember just how young these kids are — and yet they are the ones cutting class to strike. They’re organizing these events during their lunch hours.

It honestly made me feel really guilty. It should be college students like myself who are at the front of these activist movements, because historically, we have been.

An example of one of the most significant student-led movements are the anti-apartheid divestment protests. University students across North America decided that they could no longer be complicit in letting their schools invest money in companies that conducted their business with the apartheid-regime government in South Africa, and held rallies, sit-ins, and strikes to get school administrators to listen. Eventually, after this public pressure, universities began to meet with and listen to the students, and took their money out of these companies. Consequently, many of these companies then took their business out of South Africa.

Divestment is a direct action tactic that KPU students should advocate for today. Our university, like many others, is run as a business and can invest our student fees in the fossil extraction industry to get the most money back. It’s highly hypocritical for schools to do this, as universities are meant to be institutions that support students. But no university is actually working for the benefit students if they unethically invest their money in the very industry that has the potential to destroy our futures.

The resources are out there for KPU students who want to start a divestment campaign, or who want to work with students at other local universities. Right now, the only action being taken to stop KPU from investing their money in fossil fuels is the official KSA Environmental Sustainability Committee’s written stance that “KPU should divest.”

But there is no one taking direct action and producing real results. Post-secondary students need to step up in the fight against the climate crisis and ecological collapse, and all participants of the International Climate Strike need to take part in further direct action. For any student out there who attended the protest and is wondering what we should do next, this is it.