Meet the Parties You Probably Haven’t Heard About

During the 2015 election campaign, Justin Trudeau made ending Canada’s first-past-the-post electoral system into a major election promise. One of the biggest criticisms of the current system is that, instead of voters walking into ballot boxes to express their views, they enter it to keep out the least-desirable option. Despite this, many candidates outside of the two leading parties continue to campaign.

Though Canadian politicians have stringent party discipline compared to those from other democratic countries, it’s no secret there are factions within the three major parties. For instance, the Conservative Party includes social conservatives like Brad Trost, some who are more environmentally conscious like Michael Chong, and libertarians, one of which is Maxime Bernier. However, not every voter has such outspoken candidates on their ballot.

It’s fair to say that most voters view the Liberals, NDP, and Conservatives as the “main options,” while those in select ridings might have a realistic shot at electing a Green candidate. But according to Elections Canada, there are 21 registered political parties this election. The Runner interviewed candidates and leaders from four of them.

“Libertarians aren’t interested in the short term, and that’s what makes us, for lack of a better word, impractical politicians. It requires you to talk about the short term and getting votes,” says Neeraj Murarka, a software developer and Libertarian candidate for New Westminster-Burnaby.

He feels that one of the key differences between him and many American libertarians is that he doesn’t agree with the complete deregulation of firearms and has been kicked out of Facebook discussion groups as a result. Murarka has a Posession And Acquisition License and owns some firearms himself.

“The Canadian parties are generally not as extreme,” he says. “We in Canada are more moderate. There’s no such thing as extreme liberty. That’s anarchy. Even that’s not liberty because I can come into your house and steal stuff. You need to find that perfect equilibrium between control and liberty.”

The Libertarian party also wants to decriminalize all drugs and treat substance use disorder as a health issue. Murarka cites Portugal as a successful model of what could be possible in Canada.

However, their ideal healthcare system would look very different from what other parties have to offer.

“We want to privatise it,” Murarka says. “It’s probably the most sacred thing Canadians hold to our hearts.”

Though this may sound contradictory, Murarka says he found the American healthcare system to be disappointing and confusing as a patient. A fully private system, he says, would likely be more efficient.

“Canadians like to use the United States as an example of why private healthcare doesn’t work,” he adds.

Murarka takes issue with paying taxes to support specialists that might not have an open appointment for months. However, he doesn’t believe that everything has to be privatised, such as the military and police.

Though some libertarians might wonder why they wouldn’t vote for the People’s Party of Canada, which has more visibility. The party leader, Maxime Bernier, even called himself a libertarian during the Conservative leadership race.

Murarka, however, doesn’t buy it. He doubts his potential as a libertarian candidate because of his loss to Andrew Scheer, and the fact that he wanted to lead the Conservatives. Murarka says that, despite the fact that he would have gotten more support and votes as a PPC candidate, he chose not to due to their approach and policies.

“It’s frustrating when people call us a right wing party,” he says. “They’re totally disregarding the fact that social freedom is critical for us.”

He adds that the Libertarian Party is fully supportive of a woman’s right to abortion, drug decriminalization, and LGBTQ+ rights. And contrary to the Conservative Party, he says that a Libertarian government would be far more drastic in reducing taxes and the size of government.

When it comes to student issues, Murarka suggests that student loans themselves are a major problem. When universities know that many students have government-backed loans, they can charge higher prices and bloat administrative costs knowing that students have no choice but to take them, he says.

Despite how small his party is, Murarka attends every single debate and event he’s invited to, often as the only small party candidate, and is happy that his presence might get voters to think about issues in a different way. 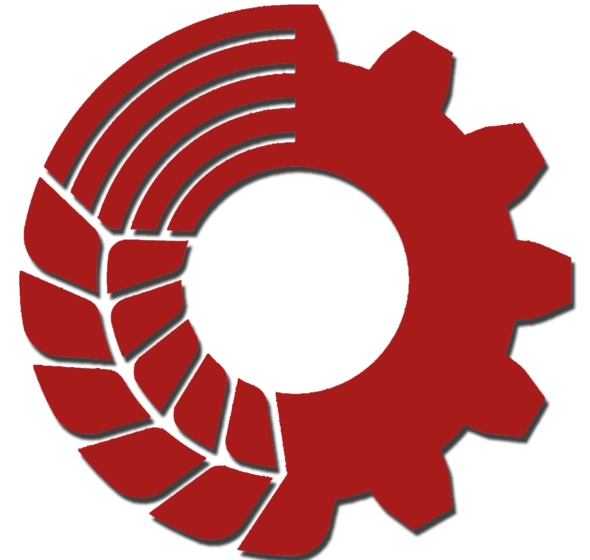 Has your uncle every complained about how the NDP are a bunch of communists? We talked to an actual communist. The leader of the party, Elizabeth Rowley, started in politics as a student in 1972 by arguing for women’s rights and against the war in Vietnam and has been active ever since.

“Post-secondary education should be free, and students who want to go and have the marks should be able to go. It shouldn’t hinge on the deep pockets their parents have or don’t have,” she says.

The Communist Party would like to pay students a living wage through a universal basic income program and a childcare program. It would also install a $20 per hour minimum wage to be updated with inflation, paid for by cutting the military budget by 75 per cent.

Rowley disagrees with the idea that the NDP is a socialist party.

“We advocate socialism, and the NDP has gotten rid of all references to socialism in their program and their objectives. A lot of their demands aren’t very radical anymore,” she says.

However, she does acknowledge that this association comes from their shared historical stances on workers unions and healthcare.

“Our party is an all-inclusive party,” says Liz White, leader of the Animal Protection Party. “Our goal is to create a government that will protect animals, empower people, and preserve the environment.”

“I think our party is quite different from the Green Party in the sense that we recognize that animals are used in our society in almost every aspect of our lives,” White adds.

Part of their platform is going one step further than “reconciliation,” and towards “conciliation” by supporting Indigenous peoples’ right to self-govern if they choose. The party also suggests that matters and adjustments regarding the Indian Act be Indigenous-led.

She adds that “we use a billion animals per year in Canada” whether they be eaten, worn, studied, and so on. White argues that the climate crisis can’t be solved without addressing the amount of land and water used by livestock and the gasses they produce.

“Not one of the major parties is dealing with this issue,” she says.

The Animal Protection Party believes that education should be a public right. White points out that several countries in Europe make education free, including post-secondary, and some even pay students to study.

“In order for us to deal with climate, we need a whole society that is well-educated,” she says.

While the party advocates for the benefits of veganism, it has no intention of banning meat.

“It wouldn’t be a democracy if everyone had to be vegan,” she says.

“None of the other parties are addressing the fate of animals in Canada and around the world,” she says. “Canada’s not high in the world in terms of advocating protection for endangered species internationally. Canada votes consistently against protecting polar bears.”

“If we’re not there, these issues don’t get talked about,” she says. 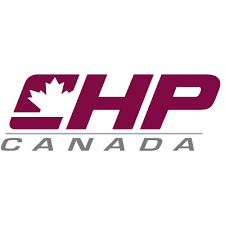 Kevin Pielak, a candidate for the Surrey Center riding and the president of the party’s B.C. council, believes that “the economic and moral future of people in university will be determined by the type of government we have in power.”

The Christian Heritage Party would work to pay off that debt, according to Pielak.

Pielak would like to see an end to money laundering, legal cannabis, abortion, and euthenasia,” — all practices he acknowledges as “morally wrong.”

However, when it comes to physician-assisted dying, Pielak says that the CHP would be supportive of increasing funding for palliative care facilities. Otherwise, he proposes that doctors be provided with conscious clauses which allow them to opt-out of performing abortions and assisted dying.

“Every country that has introduced this, it’s a slippery slope,” he says. “There was a person who was depressed, he wasn’t in pain or anything, just depressed. He wasn’t near death at all, and they let him kill himself even though that’s against the law of Canada.”

Though Pielak believes that Canada has a Judeo-Christian history, he understands that people come to Canada from all over the world, some to enjoy our freedom of religion.

“It’s written into all of our laws. It even says that God has dominion over Canada,” says Pielak, referring to Sir Leonard Tilley’s presentation to the Fathers of Confederation. “The Christian faith allows for all different religions to live freely together.”

“He said over and over that he will do nothing that causes division within his party. That means he won’t deal with any controversial issues like abortion.”

He also describes the 2016 policy change to drop the heterosexual definition of marriage as “not conservative at all,” and says that he “feels proportional representation would bring a true democracy to Canada.”

“I try my best to go to all of the all candidates meetings,” says Pielak. “We want people to hear about the policies that we have. The most important thing we believe [in] is to protect life and traditional family and also freedom.”

He also clarifies that his intention is to get votes, and that he is inspired by the path the Green Party took when it ascended from a small party to one with presence in Parliament.

Regardless of what you may think of all of these parties and their ideas, the odds of their candidates being elected are not high, and historically, less mainstream parties like them usually receive a few hundred votes or less.