Spectrum: Where each party leader stands on LGBTQ+ issues 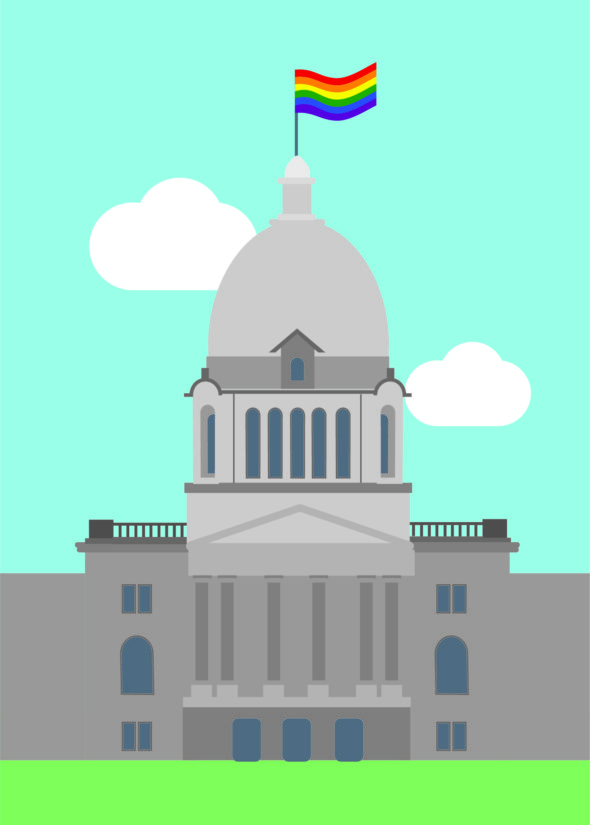 As you know, the federal election is underway, and we have heard much about the candidates and their stances on many vital issues. However, the LGBTQ+ community is a topic neglected in the majority of media coverage.

Therefore, I have looked into the five big players in this election and where they stand on topics such as transgender rights, LGBTQ+ inclusive education, and conversion therapy in Canada.

Justin Trudeau: From his election in 2015 until now, Justin Trudeau and the Liberal party’s record on LGBTQ+ rights has had its fair share of highs and lows. The highs include introducing federal legislation to protect trans rights and preventing discrimination based on gender identity and expression, a formal apology to LGBTQ+ Canadians wronged by the federal government, introducing legislation to permanently destroy records of convictions involving same-sex partners, and investing $20 million for LGBTQ+ community service organizations nationwide. The lows include rejecting calls for a nationwide ban on the practice of conversion therapy and ultimately leaving the issue for the provincial and territorial governments to resolve. As of right now, Trudeau has promised to make conversion therapy a criminal offense and end the blood donation ban on gay and bisexual men if re-elected.

Ultimately, I believe four years is too short a timespan to judge the Liberals’ overall stance. But if you do vote for them this October, make sure you’re willing to hold them to account and pay attention to which promises they fill and which they break.

Andrew Scheer: Conservative leader Andrew Scheer has promised to support and introduce legislation to protect LGBTQ+ Canadians. However, many of his public statements regarding the LGBTQ+ community are cause for concern. This summer, a clip of him stating that same-sex marriages are invalid due to being unable to produce biological children was revealed, and it has reflected negatively on the Conservative Party. The fact that he has issued no formal apology for these statements and has boycotted attendance of Pride events across the country certainly does not help his case. Add in the lack of any strong stance on any pertinent issues to LGBTQ+ people and the refusal to talk to the press about them, and you have a pretty weak case for the Conservative party’s support for LGBTQ+ communities.

Jagmeet Singh: Compared to Trudeau and Scheer, Jagmeet Singh and the NDP’s clear stance on LGBTQ+ issues is a breath of fresh air. In its platform, the NDP has committed to “ending employment discrimination, banning conversion therapy, ensuring access to gender-confirming healthcare, and helping [LGBTQ+] refugees.” Additionally, Singh has said that he believes in LGBTQ+ rights and will not support a Conservative minority government due to Scheer’s comments mentioned above. Combined with Singh’s overall dignified demeanour and the progressive history of the NDP, what we know about the party’s stance is enough to make me consider voting orange this October.

Elizabeth May: While it is forgivable to think the Green Party is only concerned with climate change, a closer look shows an admirable record as far as LGBTQ+ rights are concerned. Having been the first political party to advocate for same-sex marriage, the Green Party looks to add to this record of support. Its platform includes repealing all federal laws that discriminate against LGBTQ+ Canadians, offering targeted mental health services to youth, and banning conversion therapy. Unfortunately, as it stands, they are a party that has very few representatives, which means there might not be much opportunity for the implementation of these policies. However, Elizabeth May and Jagmeet Singh may benefit from forming a coalition to either implement their ideas if elected or hold Trudeau to account if not. Their party’s supporters could potentially benefit from joining forces as well.

Maxime Bernier: Before I get into this, allow me to say that I neither support the People’s Party of Canada nor did I take any joy in writing this section. However, since Maxime Bernier will now be a part of federal debates, I firmly believe his stances need to be addressed. In his political platform, Bernier said that recognizing gender identity and expression as prohibited grounds for discrimination forces Canadians “to express support for the existence of various genders.” As such, he has promised to repeal Bill C-16 and restrict the definition of hate speech. This is not only dangerous — particularly to the trans community — but ignorant about the realities of hate speech and its insidious nature. For this reason, I would not only advise against voting for the PPC, but would also implore anyone reading this to actively protest the PPC and everything it stands for. With the concerns surrounding the Trump administration’s treatment of the LGBTQ+ community in the United States, now is the time to show that such bigotry is not welcome here.