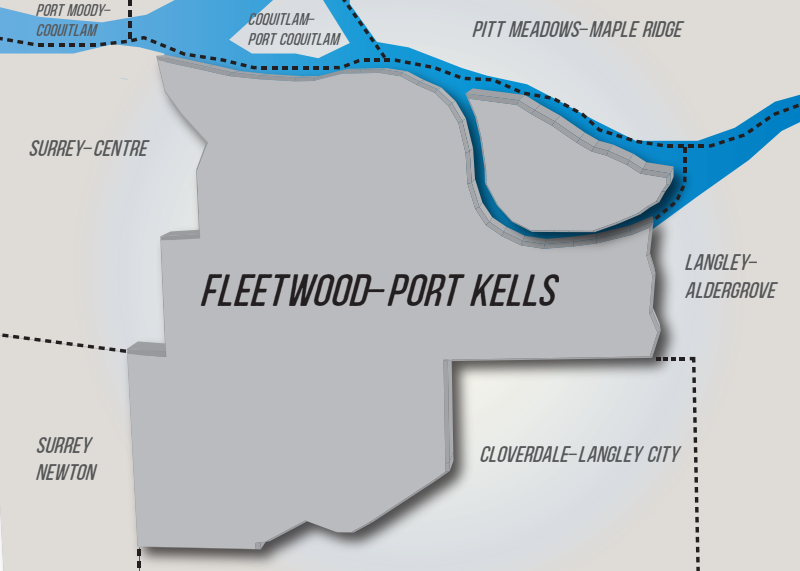 Ohana is a Surrey high school teacher, anti-racism educator, and Indigenous rights advocate. She promises to protect supply management and bring in more innovation for making the riding’s economy more sustainable. In addition, the candidate plans on setting up clean energy sectors and creating jobs where the riding already has manufacturing bases.

As for young voters, Ohana will work to eliminate interest on student loans and make school “accessible to all students.” She also wants to focus on “putting money back in students’ pockets, not profiting off of them.”

As a person with a Jewish background and a recipient of the Anti-Racism Award, Ohana believes she is the right candidate to represent the diverse Fleetwood-Port Kells riding.

“I am a fighter. I am so passionate. I have been fighting for LGBTQ+ rights, affordable housing, and Indigenous rights for many years,” she says. “I will go to Ottawa and stand up for Fleetwood-Port Kells.”

Ken Hardie is the incumbent MP candidate of Fleetwood-Port Kells. According to his campaign site, “Ken studied economics at the University of British Columbia and graduated from the Executive Management Development Program at Simon Fraser University. He and his wife have lived in Surrey’s Fleetwood-Port Kells community for the past 15 years.”

If re-elected, Hardie says he will continue to put funds and attention into Surrey’s Anti-Gang Family Empowerment program, to which his government has already provided $7.5 million.

“The next step is to get measuring and monitoring done,” he says. “We want results from this. We expect 4,500 kids will get taken out of gang life.”

Hardie also has plans to bring rapid transit to Surrey and believes his background in communications at ICBC and TransLink will give him an advantage with the planning and execution of the project.

He adds that his office is one of the busiest in all of Surrey.

“Having been here the last four years, we’ve established an office that covers the whole riding,” he says. “We help people from immigration to CRA issues. We have a big variety and great staff with experience in serving the community. Voting for me is also voting for my staff.”

Shinder Purewal is a political science instructor at KPU.

The Conservative candidate plans to deal with issues of affordability in the riding.

“I have been knocking doors for the past 10 months in the riding. People have expressed concern about the affordability issue. It’s not shocking since half of Canadian population lives from paycheque to paycheque,” he says.

He adds that he wants to “make economic life more affordable by putting more money in people’s pockets by scrapping carbon tax, [creating a] universal tax cut for lower income Canadians, [and] providing sports and arts credits for children.” Securing funding from Ottawa for transit and supporting the party’s suggested $1,000 transit credit for commuters are also among his priorities.

Purewal says that the hardships he has faced in his life give him the determination to lead a diverse community such as Fleetwood-Port Kells. His father was murdered nearly a month after his birth, which motivated his family to move to Canada.

“My personal life in Canada has been full of challenges. However, I struggled my way through and it is my burning desire that people like me become successful in their lives. Apart from poverty, I had to face open and systemic racism throughout my Canadian life,” he says. “I wish to inspire and do something for others in similar circumstances. It will be the main challenge of my public life.”

In 2011, he publicly tweeted that he thought that the Vancouver Pride Parade was “vulgar.” This was challenged by KPU instructor Frank Abbot in an editorial published in the Georgia Straight.

Tanya Baertl is a stay-at-home mother with a background in financial administration. Before getting involved in politics, she worked as an interim CEO and business development lead for a technology startup company. Baertl believes her background in finance will help her manage her community’s budget and help bring savings to all citizens.

Her campaign site says, “As Canada transitions away from fossil fuels to a more sustainable future, innovative technology together with fiscal responsibility are needed to create a better future. Motivated by the importance of leaving her daughters a better Canada, Tanya is actively seeking to play a role in creating a better, more sustainable future for the next generation.”

Baertl says Canadians should consider voting for her because she will bring a strong stance to the House of Commons.

“Greens don’t split their votes. I can represent what’s truly important to the community without worrying about my job security,” she says.