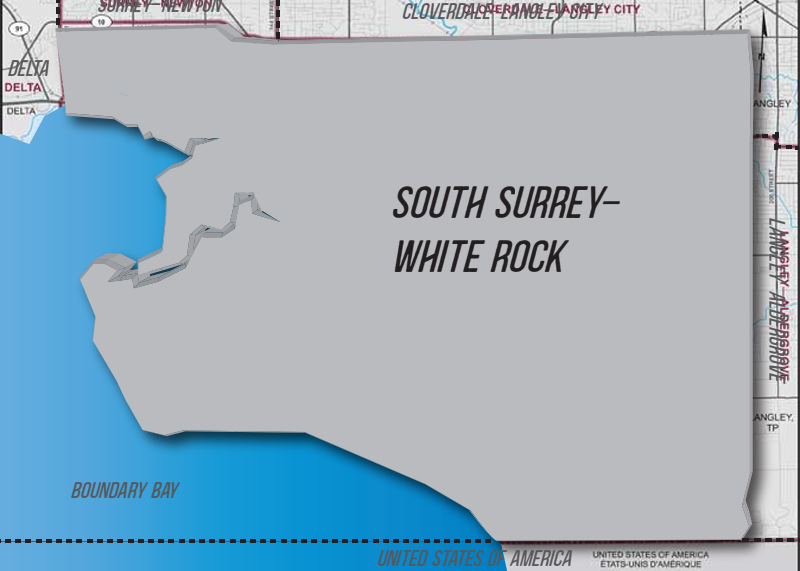 Gordon Hogg currently serves as a Member of Parliament for South Surrey-White Rock. He also served in the Legislative Assembly for British Columbia as the MLA for Surrey-White Rock from 1997 until 2017 as a member of the Liberal Party and was White Rock’s mayor from 1984 to 1993.

“One of the most important [issues] would be the whole notion of affordability,” he says, citing Liberal plans to “reduce homelessness by 50 per cent [and] bring down the cost of housing in Metro-Vancouver by building more rental housing.”

Some of his strategies involve changing legislation so that “the maximum you could be charged to rent housing is 30 per cent of the median income of the area.”

Hogg hopes that Canada could one day be able to “offer free post-secondary education to citizens,” but says that “we are not there yet.” Instead, he would like to put money towards implementing universal pharmacare plan for Canadians, which he says could “drop medication prices 30 to 40 per cent”

If elected, Hogg wants to work towards allowing Canadians to “live the kind of lifestyle that our constitution and charter of rights envision [and] reflect Canadian values in a meaningful way.”

Kerry-Lynne Findlay is a Conservative politician who sat in the House of Commons from 2011 to 2015. She has established a successful law practice in civil litigation, family and employment law, and Indigenous land issues. While her office is located in downtown Vancouver, she has appeared in all levels of Court including the Supreme Court of Canada.

At a recent all-candidates meeting, Findlay asserted that the Conservatives’ climate plan emphasizes encouraging business solutions based on green technology rather than carbon pricing, which she claims does not work.

She also stated that the Conservatives are the party with “practical solutions” to Canadian problems, as opposed to what she described as “the federal Liberals’ excessive spending.”

“We need to be living within our means, not going into deficits and mortgaging our children and grandchildren’s future. That’s not right,” she said at the meeting. “Every person deserves a chance to get ahead, not just get by.”

Stephen Crozier has been working in education for 30 years. He is the President of the New Westminster and District Labour Council and Democracy Direct Society. As a candidate, he’s advocating for universal pharmacare, affordable housing, and addressing the climate crisis. He is also a proponent of working towards solving the housing crisis.

“We don’t have market housing. We have a market that is driven by money, speculation, and profit,” he said at an affordability and homelessness forum, adding that there are too many empty buildings, apartments, condos, and lots that could be converted into more affordable housing.

During his campaign to get elected as the NDP representative for South Surrey-White Rock, Crozier said the NDP plans to build 500,000 new homes over 10 years.

“We are going to have affordable housing that is purposely built for people who live here,” he said. “It’s the biggest expense that a family ever has.”

Crozier also spoke in favour of basic guaranteed income, and pointed to an experimental project initiated in Dauphin, Manitoba as proof of why it works.

“The NDP government got voted out and the Conservative government shut it down, unfortunately,” he said.

At a recent all-candidates meeting, Crozier was adamant that Canada needs to start using sustainable resources rather than fossil fuels.

Beverly Hobby has been practicing environmental law since 1988. Since her retirement in 2014, she has represented citizens groups in South Surrey and White Rock and advised law firms representing various First Nations.

Hobby stands with the Green Party’s “climate emergency action plan,” which seeks to meet the “greenhouse gas emissions target set by the United Nations climate scientists.” This target requires an emissions reduction of at least 45 per cent by 2030 before “runaway climate change” accelerates environmental consequences “exponentially.”

“The Liberal’s plan only comes in at 30 per cent, and the NPD is a bit higher at 38 per cent,” she says. “The Green Party’s plan is so ambitious that if we are elected, we aim to reduce emissions by 60 per cent by 2030.”

The plan includes an “immediate halt” to the $3.3 billion in subsidies for fossil fuel, which would instead go towards affordable housing, basic guaranteed income, free post-secondary education, job creation, renewable energy, and sustainable transportation. The Green Party would like to see zero-emissions transportation across the country by 2040.

“We have an ambitious plan but it has been priced out carefully and referred to the Parliamentary Budget Officer,” she says. “We’re not just handing out lollipops. We have an actual plan backed up by science.”