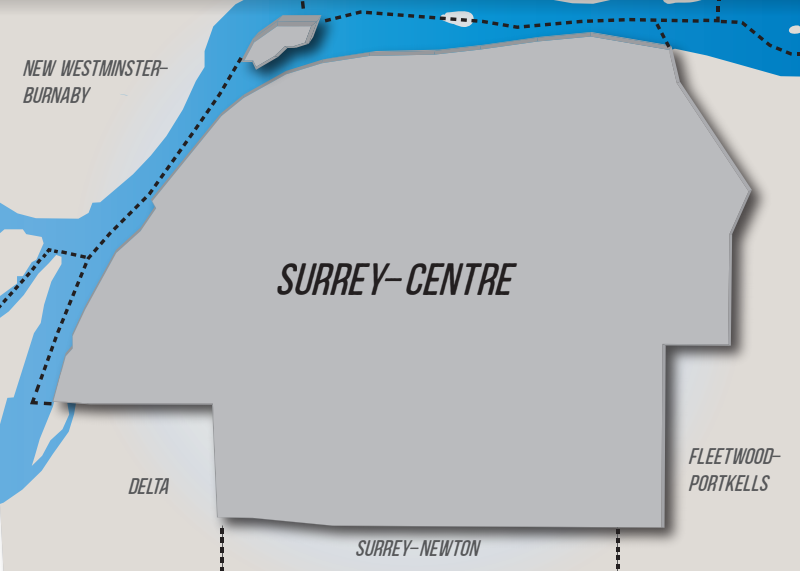 John Werring is a longtime Surrey resident. He resides there with his wife and four kids. Werring obtained a Master’s degree in Animal Resource Ecology from UBC and is a registered professional biologist. He hopes to “build a strong and vibrant community” for Surrey through the use of renewable energy and agrees with the Green Party’s goal of providing free tuition for post-secondary students. As someone who has “suffered under the weight … of student debt for years,” he also hopes to initiate its plan to dismiss any student debt over $10,000.

Werring says that he has given up his job in order to serve the citizens of Surrey.

“All other parties are being supported by very significant financial interests … to make sure things go [as planned],” he says. “It’s time to have things not go as planned. It’s time to make significant changes environmentally and for the future decision makers of tomorrow: students.”

Sarjit Saran moved to Surrey for post-secondary education and has since become a permanent resident. He lives here with his family and, before beginning his career in politics, mainly worked in human resources. Saran has three main concerns for Surrey residents that he wants to address: unaffordable housing, high student debt, and gang violence. Saran hopes to solve these issues by building housing on crown land, eliminating student loan interest, and creating a safe and supportive community space for youth in the city.

He criticizes Randeep Sarai, the Liberal incumbent MP in the riding, for his supposed focus on supporting the upper classes in Surrey.

“My supporters are people in homes, condos, townhouses. I come from [the] working class. I did work at Wendy’s, flipped burgers, delivered newspapers,” he says. “I get the struggle. [Sarai] comes from millions. He has millions, and he’s not acceptable.”

Randeep Sarai is the current incumbent MP for Surrey Central. He graduated from UBC with a Bachelor of Arts and completed his Bachelor of Law degree at Queen’s University. He has worked as a Director of Virsa Supporting Youth Strengthening Families Society, assisted in starting the South Asian Community Coalition Against Youth Violence, and supported the establishment of the Integrated Gang Task Force. If re-elected, Sarai would like to focus his efforts on making rent more affordable in Surrey Central and creating more government job opportunities around Surrey Center. By constructing provincial and federal office spaces here, he hopes that between 10,000 and 15,000 jobs.

For students, Sarai wants to support more grant programs and has plans to offset interest on student loans for those making less than $35,000 a year. He also hopes to implement rules so that students with young children don’t need to start accumulating debt until their child turns six.

“People should vote for me based on my past track record of the last four years. I have … brought Surrey’s fair share of infrastructure dollars,” he says. “I’ve shown I am able to deliver.”

Tina Bains moved from India to Canada in 1988 and has been working in politics for over 20 years. She has a Bachelor of Arts majoring in political science and a masters in world history. Her work in the Indo-Canadian community, including with the South Asian Women’s Center, is extensive.

If elected, Bains would like to equalize the budget and keep taxes low. On a national scale, Bains hopes the Conservative Party will strengthen national security and restore Canada’s position on the world stage.

On her website, Bains expressed that “more needs to be done to protect our kids from the gangs.”

“We need to get at the root of the problem and work on real solutions,” she wrote.

Bains did not respond to requests to be interviewed.