A Critical Look at ABA, a Dubious Autism Intervention Method 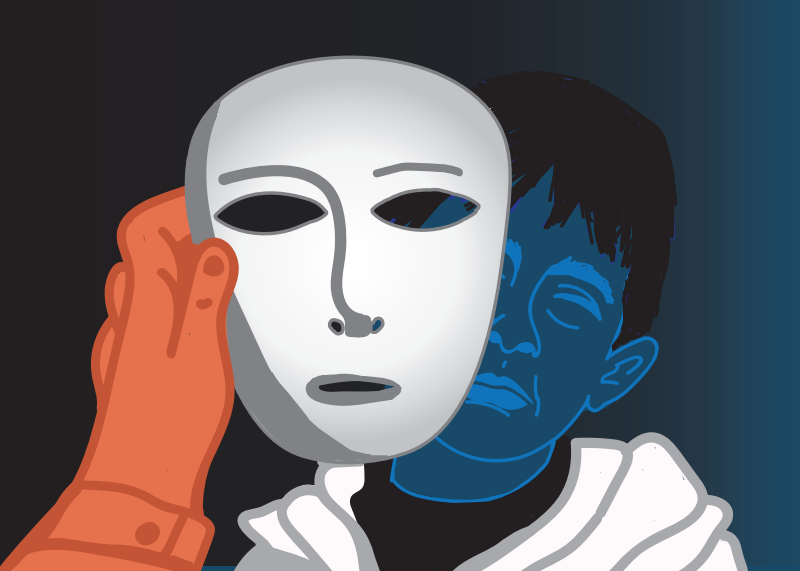 Today, ABA is considered by many to be the most effective treatment for ASD, to the point where it is often mistakenly considered to be synonymous with therapy for autism. However, in recent years, ABA has received harsh criticism from autistic self-advocates including Ari Ne’eman, who co-founded the Autistic Self-Advocacy Network in the U.S., and Canadian autism researcher Michelle Dawson. Whether or not these advocates and members of ASAN have had personal experiences with ABA tends to vary, but the consistent underlying criticism of the practice is that it forces autistic people to repress their true personalities in order to fit into the mold of what is considered “normal.”

The ability or tendency to do this is sometimes referred to as “masking” — a practice which a study by Laura Hull, a PhD student at University College London, links with higher rates of exhaustion, burnout, anxiety, and depression amongst autistic teens and adults.

“Although they believe that they benefited from behavioural intervention in terms of functioning skills, they … feel that they have to pretend to be someone else in order to achieve those tasks,” says Christopher Whelan, the founder and current head of AUC’s Fort McMurray chapter, regarding one of the organization’s members who experienced ABA.

“ABA did not help them learn skills. It forced them to pretend to be somebody that could do those things, and still too often, the real person with disabilities comes through,” he says.

He also advocates against using ABA as a method of autism therapy out of the belief that it “keeps these twentieth century ideas that disability makes you sick and broken, and … can be cured, treated, medicated or therapied away.”

Dr. Susan Thompson, a psychology professor at KPU who specializes in the areas of child, adolescent, and adult development, echoes a few of these statements.

She says that clients of ABA often feel that the focus is on “taking away a part of their identity” and that, due to the unique nature of autism spectrum disorder, many feel that ABA is a “very blanket approach to a very individual situation.”

In recent years, many self-advocates have compared ABA to LGBTQ+ conversion therapy, which is the widely denounced and debunked practice of using spiritual or psychological interventions in an attempt to forcibly change one’s sexual orientation.

This comparison is actually not that far off. In 1974, Løvaas co-authored a paper with George Rekers about attempts to use ABA’s principles in order to facilitate the “treatment of deviant sex-role behaviors” of a male child in order to reinforce more typical ones. The subject of the first of these studies, Kirk Murphy, committed suicide in 2003 at the age of 38.

A CNN article on the subject goes into detail about the methods used to subdue behaviour perceived as feminine.

“The therapists instructed Kirk’s parents to use poker chips as a system of rewards and punishments. According to Rekers’ case study, blue chips were given for masculine behavior and would bring rewards, such as candy. But the red chips, given for effeminate behavior, resulted in ‘physical punishment by spanking from the father.’”

This type of reinforcement system is a gut-wrenching application of the behaviourist principle of operant conditioning, during which the strength of a behaviour is modified by reinforcement or punishment. The concept is still used in some ABA practices today.

Equally as appalling is the fact that Løvaas believed that autistic patients should be exempt from the usual ethical considerations in regard to brutal forms of punishment such as hitting autistic children, and he even encouraged parents to administer electric shocks via cattle prod to children who displayed autistic behaviours, though he renounced that method afterward.

With these thoughts in mind, ABA might be considered by some to be an effective treatment for ASD, but one could hardly call it the most ethical.

Still, there are alternatives available for parents who want to help their autistic kids learn important skills such as communication.

One therapy Whelan supports is speech language pathology, which he argues “teaches communication skills in a way that is accessible to neurodivergent people, rather than … ‘Beat us over the head until we learn how to wear the mask of typicality.’”

Overall, however, Whelan and other self-advocates suggest the need for a drastic cultural overhaul in order to promote acceptance of autistic people rather than attempts to “cure” them.

“We have built a world where you need to verbally communicate in order to meet your daily needs, and have committed violence against people who cannot comfortably communicate this way,” says Whelan. “When we as a world learn to accept non-verbal communication as equally valid … much of the need to teach people communication skills will already be met.”

Proponents of using ABA to address autism will continue to argue that it is the most effective treatment out there, and may even suggest that it is the only option for integrating autistic people into broader society as opposed to keeping them in an institution or a group home.

This argument fails to take into account the diverse abilities and needs of autistic individuals at best. At worst, it presents a highly ableist and outdated view of autism as a whole.

As options for teaching autistic children important skills continue to evolve and diversify, so must our culture’s ideas of what this disability entails — and what children who live with it can be capable of.