How women are changing the gaming industry 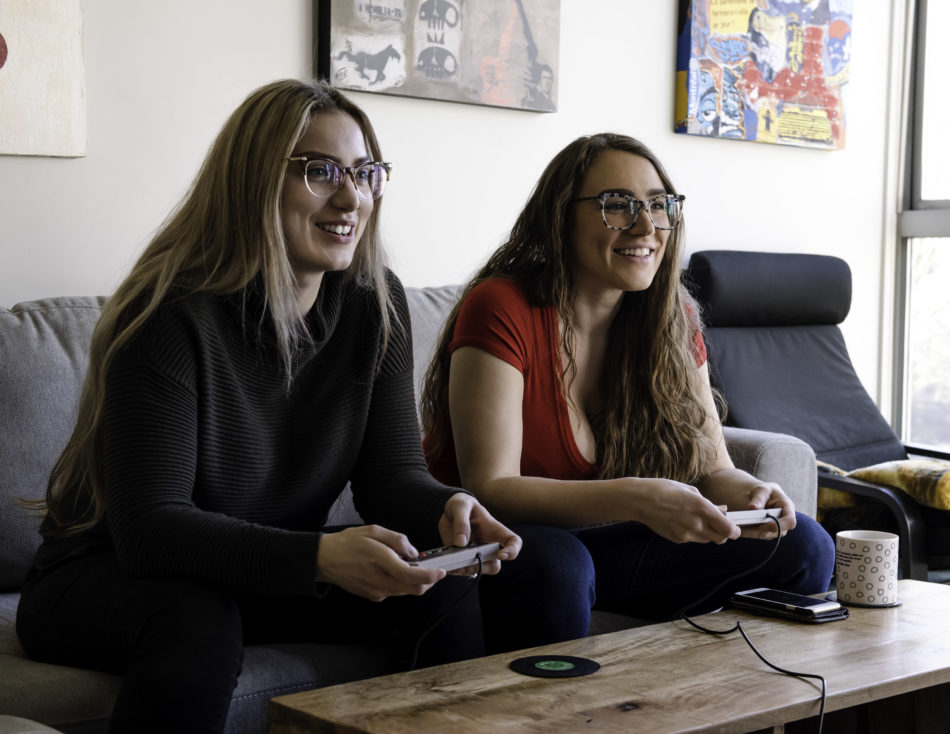 Although Diaz’s rise to lead character was planned over a number of years, many industry watchers saw replacing their former lead character Marcus Fenix with Diaz as a bold move by the developer, Coalition Games.

“During production, we realized early on that you couldn’t just write a story and replace certain characters with females or various cultural backgrounds where it fit simply to meet your quota, because you would never be able to truly define them as believable characters,” says Fillip Foksowicz, a game designer at Coalition Games in Vancouver, B.C.

Diaz’s character has been praised for her level of complexity, range of emotions, and strong backstory, giving Gears 5 a more in-depth and nuanced narrative.

“Our studio head, Rod Ferguson, and our team of writers knew they wanted to have a strong female lead, so they wrote the whole story around her, fully embracing Kait as a female and truly showing all of her strengths,” says Foksowicz.

“We don’t have homophobia, racism or sexism [in Gears 5]. They’re fighting for their lives in a genocidal war. We don’t need the humans fighting among themselves over petty things,” said Ferguson in an interview with the Los Angeles Times.

When Gears 5 was released in September, Cliff Bleszinski, the creator of Gears of War, tweeted, “Not gonna lie, seeing a woman on the cover of a ‘Gears’ game makes me happy. I was told for decades, ‘Games with female leads don’t sell.’ Call me a [social justice warrior] if you want, I just like seeing women kick butt, always have, always will.”

Tomb Raider, first developed in 1996, was one of the first video games to feature a female lead character, Lara Croft. Instead of having Lara Croft represented as a relatable and realistic, she was dressed in minimal clothing and given a body with an over-dimensional chest and a biologically impossible waist.

As years passed and more versions of Tomb Raider were released, Croft’s body went through many transformations, but she was still represented as a sex symbol. In the most recent version of Tomb Raider, Shadows of a Tomb Raider, Croft’s character goes through a drastic change. Her clothing has been changed from small shorts, a tank top, and gun holsters that resemble garter-belts, to pants and a full coverage tank-top. Her breast size was reduced and her dramatic makeup and eyeliner were removed for a more natural look.

“The conversation around representation of not just women, but all minorities [in video games] has gotten louder. Now it seems that more is being done to not only portray them, but to portray them correctly and responsibly, both in video games and in other media,” says Bianca Poroliseanu, a game developer at EA Motive in Montreal.

“In the age we live in, more and more people are calling companies and media out for misrepresentation. We’re realizing that we have to fight for ourselves and to be loud in order to be heard.”

More women are identifying as gamers and demanding fair and equal representation in video games than ever before. Although women currently make up an estimated 48 per cent of the video game community, in general, they remain grossly underrepresented in games themselves.

According to Feminist Frequency, out of the 126 games tallied from the 2019 E3 events held by Microsoft, Nintendo, Bethesda, Ubisoft, Square Enix, EA, and the annual PC Gaming Show, only five per cent had exclusively female characters. Two per cent of those games featured an androgynous character, while games with male protagonists represented 22 per cent. Multiple character player options were available in 65 per cent of games.

Teresa Lynch, lead author on a survey of 31 years of video games conducted by researchers from Indiana University Bloomington, found that there has been a significant decrease in the sexualization of female characters over that time. She attributes this to women’s increasing interest in gaming and the heightened criticism levied at the industry’s male hegemony.

“Gaming as a whole has such a wide demographic of fans and gamers. As a game developer, specifically in a design role, it’s my responsibility to learn and understand how to form diverse characters that aren’t your typical stereotypes,” says Foksowicz.

When EA Motive first released the video game trailer for Battlefield V, many male gamers took to the internet to voice their disapproval over EA’s decision to implement female characters using the hashtag #NotMyBattleField.

“Our commitment as a studio is to do everything we can to create games that are inclusive and diverse. We always set out to push boundaries and deliver unexpected experiences. But above all, our games must be fun,” Gabrielson tweeted.

“I went onto Twitter to proclaim my support for the #EveryonesBattlefield motion, and the responses I received from random men, even the civil ones, were kind of infuriating. A lot of them tried to ‘educate’ me on how the game wasn’t even being truthful to women’s stories. Yeah, sure, like the men’s portrayal was 100 per cent accurate, definitely. And we get it all the time. I’m really sick of the ‘historical inaccuracy’ argument being used to excuse blatant misogyny,” says Poroliseanu.

“One thing that’s really important to understand is that if a piece of media is prefaced with anything akin to, based on, or inspired by real events, it’s fiction,” she continues “So I’m not sorry. I’ll take decent representation over historical accuracy in my fiction.”

She wants women and girls to know that they have a place in the gaming industry, and that opportunities in the field do exist for them.

“The more of them that grow up feeling welcome and comfortable, the more that see the issues but are encouraged to change things, the more women we’ll see come into creative and leadership roles, and the better we’ll become as an industry,” says Poroliseanu.