ICBC Rates And Young Drivers: What the Hell? 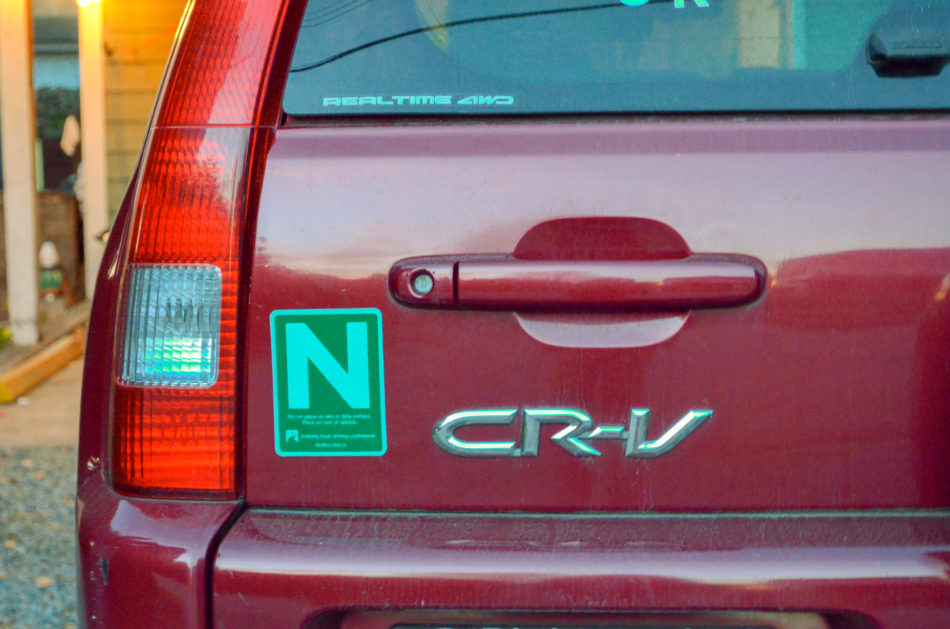 The “N” signifies that a driver is newly licensed. (Kristen Frier)

Young drivers and students are paying a lot more than they used to in car insurance because ICBC — and by extension, our provincial government — considers us to be a higher risk.

While Attorney General David Eby argues that the new insurance rates reflect the risk young drivers represent, I find it more likely that young drivers are just easier to pick on.

My boyfriend works part-time in a warehouse with hundreds of people from the Baby Boomer generation. A couple of weeks ago, one of those coworkers asked him for $1,000 so he could gamble. He claimed my boyfriend doesn’t have any bills to pay because “he’s young.” He was surprised to learn that we do, in fact, have many bills to pay.

Many young drivers start driving at 16, still in high school, and most of us don’t get a car until after we’ve graduated. Many of us can’t even afford to buy one, should we need to. Some of us don’t start working until university, but once we start, thousands of our dollars go towards tuition, books, supplies, food, and rent.

Every dollar we earn at our one, two, or even three part-time jobs is going towards bills. It’s all about making sure we have enough for the next one. My partner and I survive paycheque to paycheque.

I live in Langley and I know I’m not the only one at KPU who does. I know the transit system is unreliable there, so I rely on my vehicle. Many of us also rely on vehicles to get to our jobs or personal appointments, or to maintain independence and control over our own schedules.

Drivers with an N on their bumper stand out. They’re stigmatized. When you see one who is driving recklessly or made the wrong decision, all young drivers are grouped into the “bad driver” category.

Although I have my Class 5 license and a clean driving record, I know my insurance will still go up when I renew. Unfortunately, I cannot prepare for how much, as ICBC only lets you check on its website within 45 days of the expiry.

I drive a 1997 Saturn SC1. It’s as old as I am. I have spent over $3,000 replacing parts and repairing it so it lasts me through university. I’ve had it for four years and it has been my only reliable source of transportation while I pursue my degree and future.

I pay $3,204 — three times the value of my car — per year in car insurance to ICBC for basic coverage and $5 million of liability insurance, and I cannot afford anything more.

I’ve heard too many stories of young drivers saving for their first car, only to be charged well over $5,000 per year for the same insurance coverage that I have.

To me, this looks like a guilty-until-proven-innocent system. The government is charging us a fortune we don’t have before we can even prove we are good drivers, and we shouldn’t be expected to start adulthood with paying ICBC.