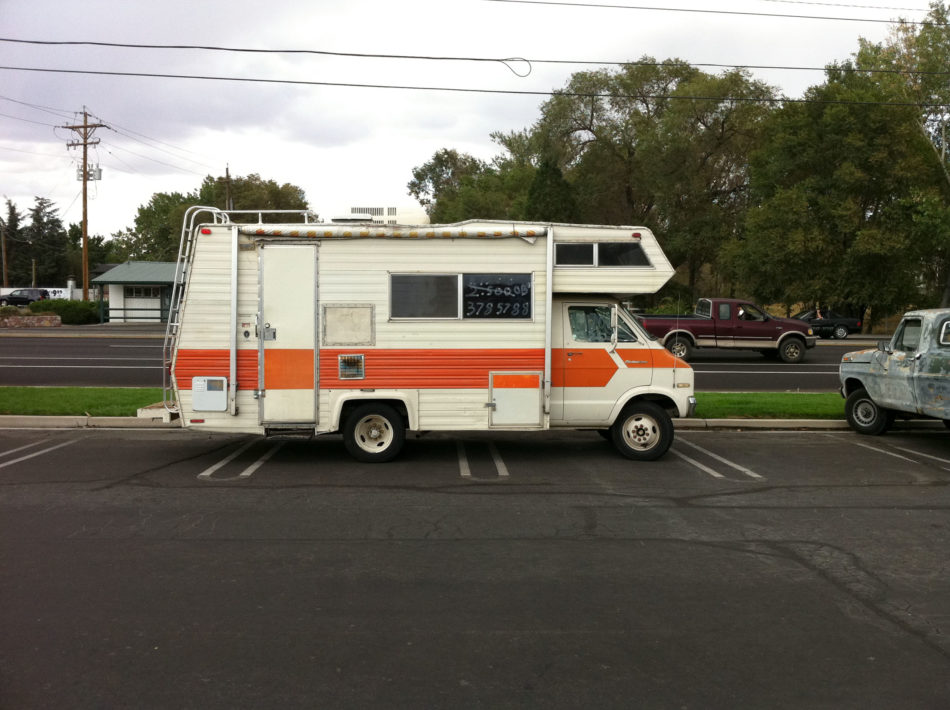 The City of Surrey has banned sleeping in RV’s on the street. (flickr/ Tomas)

The City of Surrey voted to remove the right of RV owners to park their vehicles on city streets and sleep in them overnight on Nov. 4.

The vote comes on the heels of a report presented by the Corporate Services and Engineering departments of City Hall. The report suggests that there have been complaints of RV owners making too much noise and leaving behind garbage on residential streets. Currently, this document is not available for public viewing on the City of Surrey website, even though the topic it covers affects the lives of many people.

The new bylaws make it illegal for a person to be in a RV parked along a city street between the hours of 10:00 pm and 6:00 am Additionally, an RV can not be parked in the same spot for more than 72 hours. Although these bylaws would not make living in your RV outright illegal, they would hinder one’s ability to live in an RV to such a great extent that RVs would essentially no longer be seen parked anywhere in Surrey — except on the driveways of a fancy mansion.

The City of Surrey seems to have an agenda of pushing low-income people out of sight, particularly in the fast-developing City Center region.

Surrey is becoming increasingly expensive to live in. Rent is always increasing, which gets added to the skyrocketing cost of car insurance, gas, and utilities. The general cost of living has gone up, making it more and more difficult for people to afford housing.

Even living in a Manufactured Home Park has become difficult. People are expected to pay upwards of $20,000 to initially buy the home, and then pay close to $1,200 per month to rent a lot for it to sit on. And that is some of the cheapest housing in Surrey.

Although people who were pushed out of Manufactured Home Parks were compensated to some extent, this mass shutdown of lots was not replaced with other affordable housing options for Surrey citizens.

It is not surprising then that people have started spending their nights in RVs parked on the street.

The staff report released by city officials says that the new bylaw is meant to “provide greater motivation to the occupants of large vehicles to move to suitable housing.”

Is it not the job of city staff, including the Office of Engineering which released this report, to create suitable housing for its citizens? Rental costs have doubled while wages have only increased by 28 per cent since 2006. A person making minimum wage cannot reasonably afford the current rental rates in this city.

Who is this city being redeveloped for exactly?

No one wants to see garbage littering their neighbourhoods or hear noise past 10:00 pm on residential streets. Those are fair complaints. We should be having conversations to address those concerns. Traditionally when a neighbour is being too noisy, calling a bylaw officer to check in on them has been the thing to do. Making it illegal to live in an RV is not the answer.

This vote was passed as winter approaches, and people need a warm place to sleep at night. The City of Surrey should do better for its citizens by creating meaningful dialogue about affordable housing and formulating strategies which make the city anyone can call home — not just wealthy elites.