Flashfood Helps Students Waste Less and Save More on Groceries 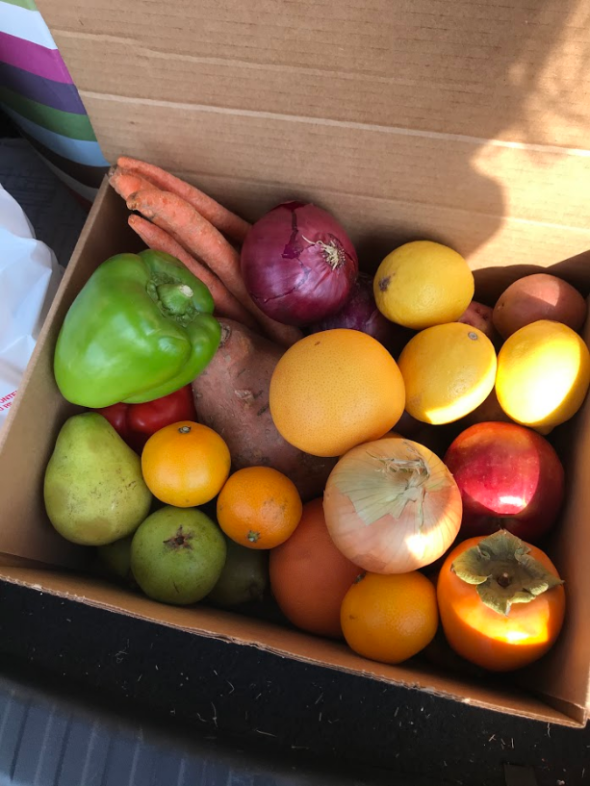 Flashfood has changed the way people buy groceries and prevents food from going to waste across Canada. It works by listing items being sold at local grocery stores at a discount a few days or weeks before their best-before date. These items are offered at 50 per cent off or more, and users can pick them up from their local grocery store using their phones. The items are automatically removed from inventory once they have reached their expiry date.

Flashfood was created by Josh Domingues, who debuted his idea two years ago on the television show Dragon’s Den. Now, there are around 400 stores across Canada that provide their services through the money-saving app, and there are currently around 28 Real Canadian Superstores in B.C. which are accessible through the app.

Leandra Milfrise is a first-year criminology student at KPU who says that she doesn’t mind buying food close to its best-before date.

“It’s still food … and at least you are not wasting it,” she says.

“You are actually buying and actually eating it because there are people who go to bed hungry or wake up and don’t have anything to eat.”

Each Superstore has its own Flashfood zone, which have large fridges that contain the products seen on the app. After placing an order, customers are able to head to the store and pick up the food they claim on the app.

Julia Drury is the Area Manager for Flashfood in Western Canada. She helps support the program in B.C., Alberta, and Saskatchewan, and says that customers across Canada have saved “tens of thousands of dollars” or more by using the app.

“We have actually had customers who had gone and bought deep freezers so that they can buy the meat off Flashfood and freeze it because it is such a good deal,” she says.

A 2014 study conducted by Value Chain Management International found that the quantifiable value of food wasted annually in Canada has risen to $31 billion. The study shows that consumers are responsible for up to 47 per cent of food waste in Canada.

Willa Hoa, a first-year KPU fine arts student, says she can see herself finding the app useful. She feels that the app can benefit a lot of students, especially if they are international students or if they have a low income.

At the same time, she says that it “depends [on] how much food you are buying.”

“If you are buying too much then you wouldn’t eat [the food] in a whole day,” she says. “You wouldn’t want to overload your fridge.”

As a Toronto-based company, Flashfood just started partnering with groceries stores in other provinces across Canada in January of this year. In B.C. the app is just in Real Canadian Superstores, but in eastern provinces it’s in Loblaw’s, a Canadian food retailer.

Drury adds that the app might be particularly helpful to environmentalists looking to reduce food waste when they buy groceries.

“Our generation is so conscious about our environmental impact and sometimes it can be really difficult to find easy ways to affect change in your day to day life, and Flashfood provides a really easy accessible way to make actual change,” she says.