From the Editor: Use streaming services to educate yourself and stay #woke over the holidays 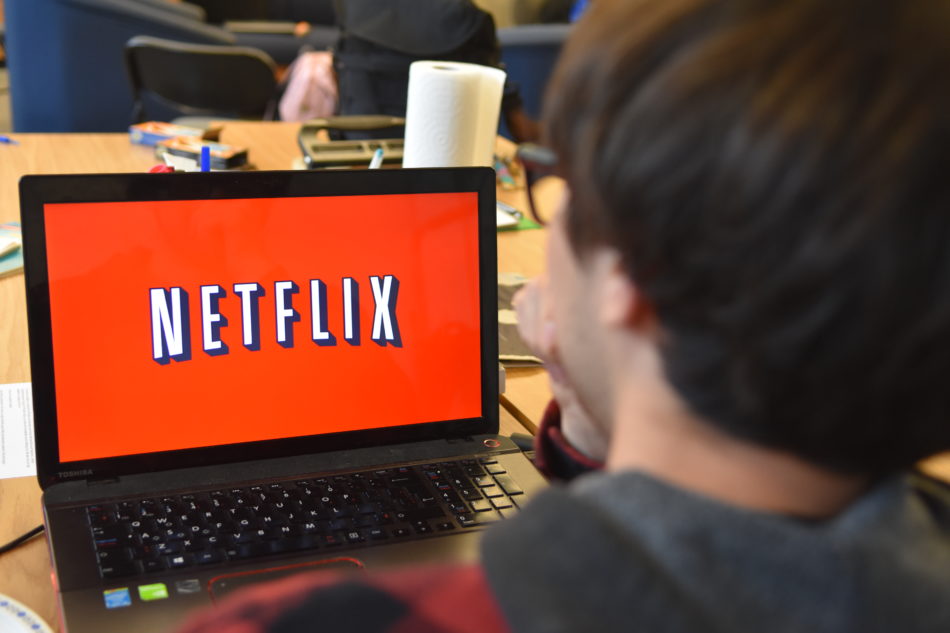 Streaming shows and movies can be used as a tool for self-development. (Aly Laube)

These days, it seems like every producer and their dog is making a cutting-edge documentary or weaving bold, progressive narratives into their series scripts. If you look at the Netflix homepage, you’ll see a whole bunch of social commentary rife with comedy and drama. Many of the most popular shows on right now like Dear White People, Atypical, and Glow, revolve around telling the stories of marginalized characters.

Even though they may occasionally fail to do so responsibly, most of them at least strive to tell their stories in an honest and authentic way, and when the people behind the camera understand the experiences of the characters in front of the camera firsthand, making that representation realistic comes much more naturally.

Netflix itself is only 22 years old, but even a decade ago, it would have been pretty rare to see a cast made up of primarily people of colour or LGBTQ+ characters on the “trending” section. Directors and writers are giving more attention to amplifying the voices that have historically been on the margins of society, and audiences are finally ready to listen.

When the demand is there, creators will supply.

As consumers, we need to make sure they know that we care about their product and will continue to engage with it. And to do that, we need to watch.

When the snow starts gently falling on the front porch of your family’s house and not a creature is stirring, not even a mouse, you’ll probably want to turn on an episode of Arrested Development or BoJack Horseman. That’s all fine and well, and you can and should watch stuff that helps you switch your brain off for a little while. Keep it switched off for too long, though, and you’ll be missing out on a really accessible and fun way to challenge yourself and grow as a person by streaming more culturally enlightening shows and movies.

It doesn’t all have to be serious and scary. Nor does it have to be real. I mean, yes, you should definitely watch The Death and Life of Marsha P. Johnson (the Black trans woman who started the riots at Stonewall) and We Were Children (on the generational trauma caused by Canada’s colonial residential schools), but there are other, less serious shows you can watch and learn from as well.

Take Glow, a series created by women which could be considered a comedy-drama. Technically, it’s about actresses learning how to create what becomes a successful all-female wrestling show. Silly stuff. But woven throughout that plot are lessons about racist stereotypes, misogynistic expectations, and the struggle to accept one’s queerness.

Set in the 1980s, Glow shows us vignettes of what systemic oppression in North America has looked like over time and forces us to consider why so many of them feel disturbingly familiar today. You see how marginalized characters with different identities react to being controlled by white men in power, or to falling in love with another woman for the first time, or to being forced to embody a stereotype for the sake of other people’s entertainment. It has the power to teach you a lot about yourself, your intrinsic biases, and what you still have yet to learn.

Every time I pick up a new show in 2019, I find myself surprised by clever plot twists that writers use to explore serious issues in an otherwise lighthearted show. Glow is certainly not the only one, and Netflix is not the only provider you should be considering.

The National Film Board of Canada has some great stuff, all for free, like Freedom Road, which according to the NFB website, is a “five-part documentary series that tells the inspiring story of Shoal Lake 40 Anishinaabe First Nation and their battle to build a road that would reconnect them to the world.”

You could also check out Jazz Girls, which “celebrates Montreal’s swinging Black jazz scene from the 1920s to the 1960s,” or Four Women of Egypt, which “invites you to partake in a discussion between 4 Egyptian women of different political and religious stripe.”

There’s tons of free content available on YouTube as well, but if you’re interested in finding more niche curations, invest in Mubi, which is updated with rare and acclaimed films regularly.

Le Cinema Club, which uploads one film per week, is free, and you can even check out films using the summon search for KPU’s online library.

One such film you can physically rent out — old school, Blockbuster-style — is Pañjābī 1984 from the Surrey campus library. This film “focuses on the story of a boy who was forced to leave home during the fateful year in Punjab, and his own personal story & challenges in attempting to return home.”

We have more options now than we ever have, and it can be personally enriching and intellectually and emotionally fulfilling to use that to learn more about the world we live in. We’re almost on winter break, too, so we might as well use all that spare downtime for good.