Some people experiencing homelessness would rather live in their tents as “they find it more personalized,” an outreach worker says 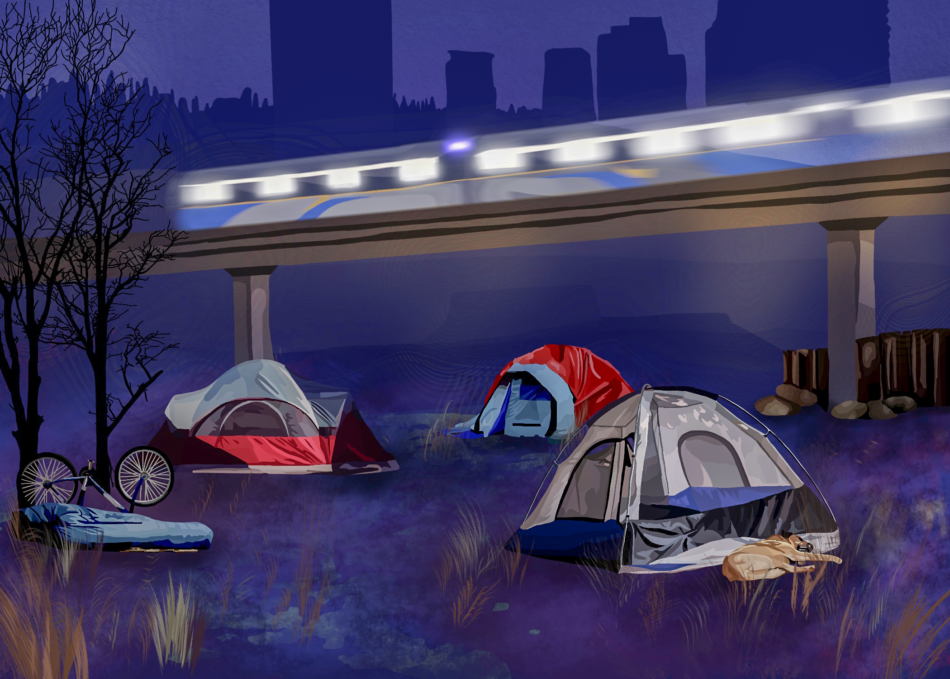 People experiencing homelesness may choose to live in tents instead of staying in shelters due to the risk of theft, violence, lack of personal space, and loss of sleep common in shared spaces.

According to bc211, a Vancouver-based non-profit organization that specializes in providing information and referrals to the homeless community, there are currently 10 shelters in Surrey. These include shelters that are exclusive to men, women, and youth. There are also shelters that are for adults, regardless of their sex and gender.

The majority of shelters have around 40 beds. Women sleep on one side while men sleep on the other.

A shelter resource worker in the Metro Vancouver region who prefers to remain anonymous says that she has witnessed stealing and fighting inside the shelters. When fights occur, the staff try to separate the individuals, but if the situation becomes too dangerous, they may resort to calling 911.

According to her, shelters are places where people can find resources to acquire IDs, housing, recovery treatments, and detox treatments.

“Lots of them come without ID because it is either lost or stolen,” she says.

People who experience homelessness have to follow a set of rules within shelters, such as using their assigned beds every night, to avoid facing immediate discharge.

Many shelters don’t allow people to eat in their dorms or use drugs in the dorms or bathrooms, though some have designated rooms where people without housing can go to use drugs in a safer environment.

The shelters also provide kits with needles, cookers, and alcohol wipes. Users need to let the staff know when they are using drugs, as well as what they are using and at what time they came out of the room.

“One of the biggest issues is with couples because they don’t want to be separated at nighttime, so they prefer to sleep in a tent because of the fact that they are together,” says Tia, an outreach worker in Metro Vancouver. She chose to keep her last name anonymous due to her company’s policies.

She says that some people prefer to sleep in their tents because they feel secure knowing that they can see others who are part of their community. Another deterrent keeping folks away from shelters is that it can be hard to sleep in them due to noisy bunkmates.

Tia explains that a wide variety of people from different demographics use shelters, including people with mental health issues, people experiencing addictions, and people who have intergenerational trauma.

“We got people who have lived [for] over a year at a shelter, so they don’t have to leave. As long as they are doing their goals and they comply with the shelter’s house guidelines, then they don’t have to go,” says the anonymous shelter resource worker.

Tia says that limiting the number of belongings people can bring with them is a common issue in shelters. Storage space is limited, and several individuals often have to stay in a single room or share a bunk bed.

“I do think a lot more people are coming to terms [with] moving to shelters because they are getting forced out of camp and they don’t necessarily have a choice,” she says.

According to Tia, the biggest issue for low-income people and people experiencing homelessness in B.C. is trying to find affordable rent.

“The market just keeps increasing and people on basic assistance … are not able to get those types of funds,” she says. “They would like to move into housing versus a shelter, but with our market the way it is, it’s extremely difficult.”