Kwantlen Free Radio Is Ready for a Comeback 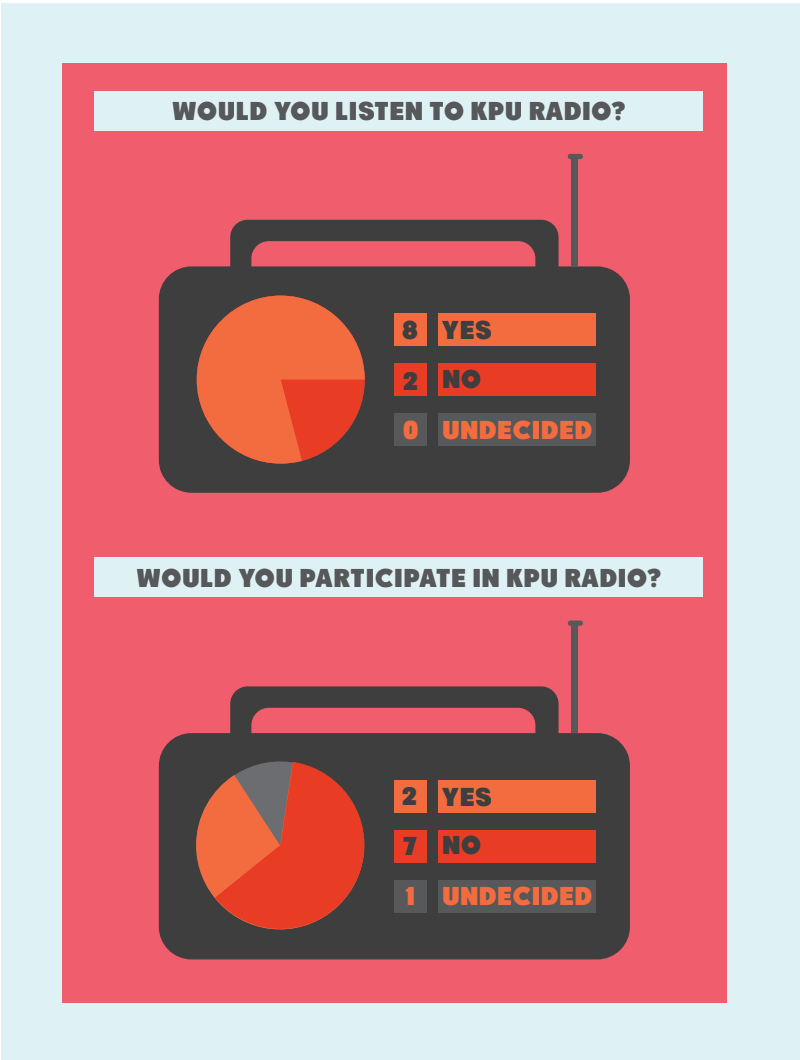 At the moment, that money is still sitting in the bank, collecting dust and waiting for a group of innovative students to take action.

As written in a 2017 article by The Runner, the radio station can be used to express students’ creativity by “playing music made by artists and bands from KPU, broadcasting news updates, and recording live readings of poetry, discussions, and stories from authors and experts in the community.”

“I think we should try and do that because it is a really nice initiative … and it will be really nice for us students to come together,” says Inderprit Pudda, a third-year business administration and accounting student.

KSA President David Piraquive says that Kwantlen Free Radio only needs a few students to complete the necessary paperwork in order to start up. The students also need to have a plan for how they are going to expand the radio station by including new members.

“We would also provide support on our end to help and reach out to various students on campus,” says Piraquive.

One person who showed interest in doing so is Emilio Saenz-Saldana, a third-year political science student. He says he would listen to and participate in Kwantlen Free Radio if it were active.

By incorporating topics relevant to different majors in the radio station, Saldana believes that students can learn more about KPU’s programs without actually being in them.

Another student hopes he would be able to see his own interests reflected in the programming.

“I am a huge sports fan, so I’d like to hear maybe some talk about sports, sports analysis, stuff like that,” says Kelvin Chan, a third-year journalism student who says he would also listen to Kwantlen Free Radio. He would also like to see programming divided into segments.

According to Piraquive, if the students voted to get rid of the radio fund, the KSA could take that money back to be used for something else. Still, he believes in the potential of a student-run radio station to improve student life.

“I do see a way for us to improve our community outreach by doing this,” he says.

In a recent poll conducted by The Runner, 10 students were asked if they would listen to Kwantlen Free Radio. Seven students said yes while three said no, the main reason for the latter being that they’re too busy to tune in.

Out of those 10 students, three said they would be willing to participate in and talk on Kwantlen Free Radio.

Tracy Vuong, a fourth-year accounting student, says she would listen to Kwantlen Free Radio as well.

“I would like to hear about professionals being interviewed,” she says, adding that she would especially like to listen to KPU graduates talk about their career paths and what they are doing now.