DJ On wrote their upcoming record on a gaycation in Taiwan 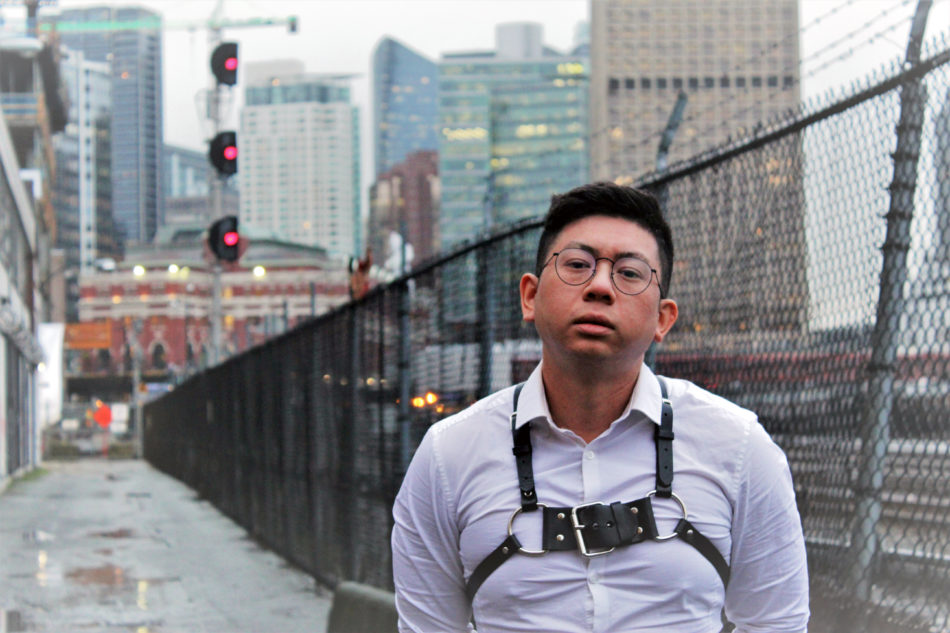 DJ On is the artist behind Non La. (Aly Laube)

Feeling isolated as a queer Chinese-Vietnamese man in Vancouver was getting old for DJ On by the time he decided to spend a year in Taiwan, where he hoped life would be gayer, more fun, and less white.

In retrospect, On says, that wish was granted. When he left Canada, he was a bored, seventh-year university student who felt uninspired by his surroundings and alienated in his communities. When he came back, he had written an album, spent tons of time on self-discovery, and enjoyed some necessary relaxation.

The time he spent in Taiwan was full of queer parties, dating app-born adventures, and opportunities to get in touch with his roots.

“Growing up in Canada, I was kind of embarrassed of being Chinese. Even though Cantonese and Vietnamese were my first two languages and English was my third, once I got into public school I was ashamed of speaking other languages, so I kind of forgot all of it and only spoke English,” he says. “I wanted to reclaim a part of myself and reclaim my language.”

One of the ways he did that was through using dating apps like Tinder and Grindr while abroad.

“That was like, super helpful for learning the language actually because people would only text me in Mandarin. They’d be like, sexting me and it was super helpful,” he laughs. “I was going on Tinder and going on these dumb dates, falling in love and writing all these songs about these boys I was going out with. That’s why so much of the album is about dating.”

The record, Not in Love, is 10 songs long. It was written half in Vancouver, half in Taiwan and recorded twice — once on the day of a breakup, all captured in 24 hours, and then re-recorded in a studio two months later. That final version of the album dropped on Valentine’s Day at Red Gate Arts Society on Main Street. Although he has demos out there already, On considers Not in Love to be the first official Non La release.

He describes the record as a collection of “high BPM pop songs with shreddy solos” and heavy production.

Despite covering weighty subjects like coming out and struggling as a queer person of colour, the album is unmistakenly playful and hook-driven. It makes for light listening with sometimes-heavy lyrical material, but overall, listening to it is fun — exactly what On was shooting for while he was writing and recording Not in Love.

Non La has four music videos in the works. His new record is available on Bandcamp in digital, tape, and vinyl formats.