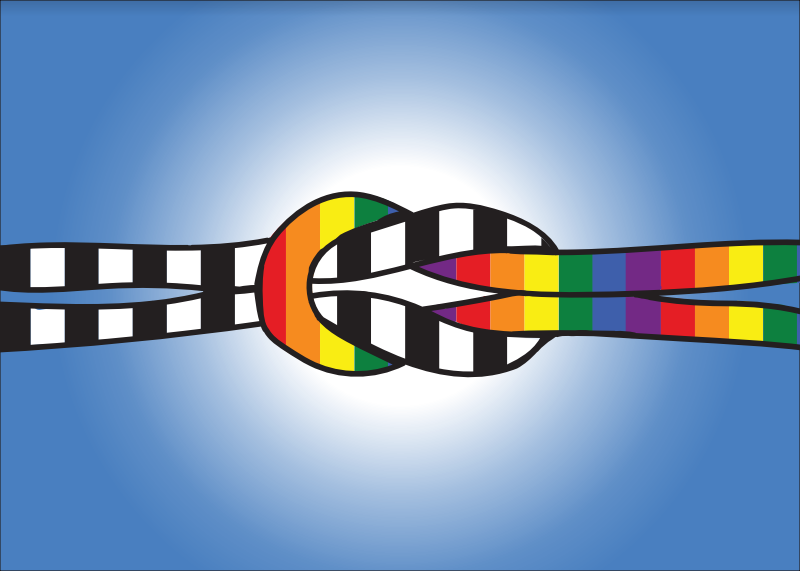 It seems as though everywhere you go these days there’s a story pertaining to the LGBTQ+ community — whether it’s here, in the U.S., or beyond. And typically, with these stories comes a predictable onslaught of wannabe comedians making jokes about “the alphabet people” or identifying as an attack helicopter, as well as numerous keyboard intellectuals wondering why so many people are suddenly “obsessed” with sexual orientation or gender identity.

While countries such as Canada and the Netherlands have made great progress as far as LGBTQ+ rights are concerned, we still have a ways to go. Same-sex relationships are still criminalized in more than 70 countries, with homosexuality being punishable by death in many. Black and Indigenous trans women are being murdered at alarming rates to the point that it’s an epidemic, and transgender people of all backgrounds are currently barred from serving in the U.S. military. Even here in Canada, which legalized same-sex marriage nationwide in 2005, only three provinces and two cities (including Vancouver) currently have a ban on conversion therapy, meaning that the practice is still legal in seven provinces and all three territories. It wasn’t until recently that the federal government considered amending the Criminal Code to make conversion therapy illegal nationwide.

Whether you know it or not, someone in your life might be LGBTQ+ — perhaps a friend or a coworker, perhaps even a family member. Even if you don’t, these tips will help you become a better ally and may open up your social circle to some truly fantastic people.

First things first — and I cannot stress this enough — educate yourself. Even if you don’t have a lot of time to educate yourself on LGBTQ+ history (in which case, I will not judge you), educate yourself on the identities that exist within the LGBTQ+ community. This goes especially for those that concern gender identity. There’s a lot of misinformation about trans people that stems from a place of hate, so knowing who’s a credible source on the subject and who’s not is a must.

Second, if someone is coming out to you as LGBTQ+ or is sharing a story about discrimination they faced, listen to them. Coming out can often be one of the hardest things for us to do, so don’t say things like, “Are you sure?” or “How do you know?” And definitely don’t try to turn it into a stand-up special. Just listen, let them know you’re there for them, and offer them your support. And, when it applies, always respect their preferred pronouns.

Third — and this is a biggie — speak up against prejudice where you see it. I know it can be a little intimidating — I’m sure at least one person reading this has had the unfortunate experience of having to listen to someone’s homophobic or transphobic ramblings and just wanting the conversation to be over. But if hearing this kind of stuff makes you uncomfortable, imagine how it might feel to the lesbian couple just wanting to enjoy their date night or the family member who wants to get through one family gathering without being misgendered. Suffice to say, speaking up against anti-LGBTQ+ sentiments can mean a lot — and if you’ve completed the aforementioned first step, you’ll automatically have the advantage.

Finally, and most importantly, be respectful in spaces or events made for LGBTQ+ people. Don’t treat LGBTQ+ people like exotic creatures (especially at Pride), don’t ask invasive questions regarding someone’s identity, and don’t go bragging to everyone about what a fantastic ally you are. And please, please don’t ask why there isn’t a Straight Pride — the answer should be obvious by now. It’s one thing to call yourself an ally. It’s another to act like one.