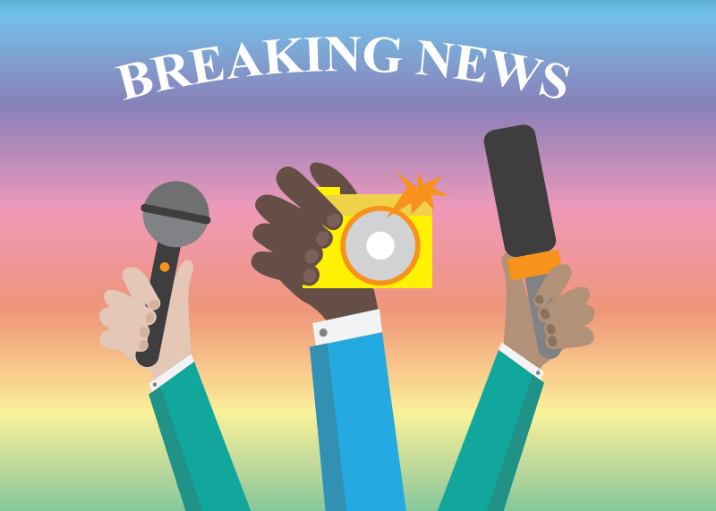 Picture a journalist. Who do you see? Most minds will conjure up a Walter Cronkite type — white, male, cisgender, probably straight. Likely wearing a stiff tie and a button-up, nearing their fifties, semi-decrepit.

Embarrassingly enough, that image isn’t far off from the truth.

Much like politics, journalism has long been overwhelmingly dominated by white people. There are many reasons for this — the same reasons why most industries with systemic power remain as white as white can be.

Institutional wealth (whether it’s in money, connections, or experience) gets people places and gives them an advantage. It’s challenging and intimidating to be the first, or even one of a few people of colour in the workplace. In an industry full of white faces, the connections white people in management tend to have are usually other white people, so they’re the ones who get hired. And of course, there’s racism, outright or implicit, that keeps people of colour on the outside looking in.

This problem exists in almost every professional field, but it’s particularly damaging in journalism. The media has the power to choose which stories need to be told and how to tell them. It disseminates that knowledge to the public. When it’s functioning correctly, it creates change. And when people of colour aren’t a part of that process, their perspectives, lived experiences, and communities go unheard and unrepresented by the only industry capable of spreading a mass message. What you get instead is a news system that represents the elite, rather than the population it should exist to serve. Journalists, editors, and outlet heads need to do better.

There has been more discourse about democratizing the newsroom in recent years. This week, the Canadian Association of Black Journalists (CABJ) and Canadian Journalists of Colour (CJOC) released “seven calls to action to help Canadian news outlets establish clear and attainable goals as they seek to diversify their newsrooms.” They are as follows.

Begin self-reporting of newsroom demographics on a regular basis. Increase representation and coverage of racialized communities by hiring more editors and reporters of colour. Retain and promote journalists of colour to management positions in the newsroom. Formally consult with racialized communities about news coverage on an ongoing basis. Take a structural approach to improving representation beyond corporate training and workshops. Create scholarships and mentorship opportunities targeted towards aspiring journalists of colour. Start the work of diversity and inclusion in Canadian journalism schools.

Additional research on representation of people of colour in newsrooms is included after the calls to action on CJOC’s website.

Although a sizable part of KPU’s student body is represented by people of colour, The Runner’s masthead has always been primarily white. When I started at the paper, all three of the people in management were straight, white, cis men. And although I am not the only non-white editor in chief to work here — Kier Junos and Matthew DiMera were both my predecessors — I am the first non-white woman to serve as the editor in chief, and only the second woman in its whole history to do so.

I felt that while I was coming up. I still feel it now, both in the newsroom and in the field.

And while we do have people of colour and mixed race people (myself included) on our masthead, we’re still working to improve — because a more diverse and accessible newsroom is a better newsroom.

As journalists, we report on and reflect society, but everyone sees and exists in society differently. For some people, its rules and biases encourage them and lift them up. Others are oppressed and shut out by them. There are people in between, in every shade of grey, affected differently. And there are people part of communities we may never know about without working alongside them, issues we may never comprehend without taking the time to hear and get to know them. Understanding as many facets, lives, and ways of thinking is what will make this paper stronger and more representative, and I want to do everything I can to support that future for The Runner.

Here in our newsroom, we’ll be going over CJOC and CABJ’s calls to action and having a discussion about how we can apply them to the paper, journalism department, and ourselves.

I think we’ve all heard enough from Walter Cronkite types anyway. Out with the old, in with the new, right?

My inbox is always open, whether you have praises to sing or criticisms to hurl. Tell me what you want from the paper. It’s what I’m here for.