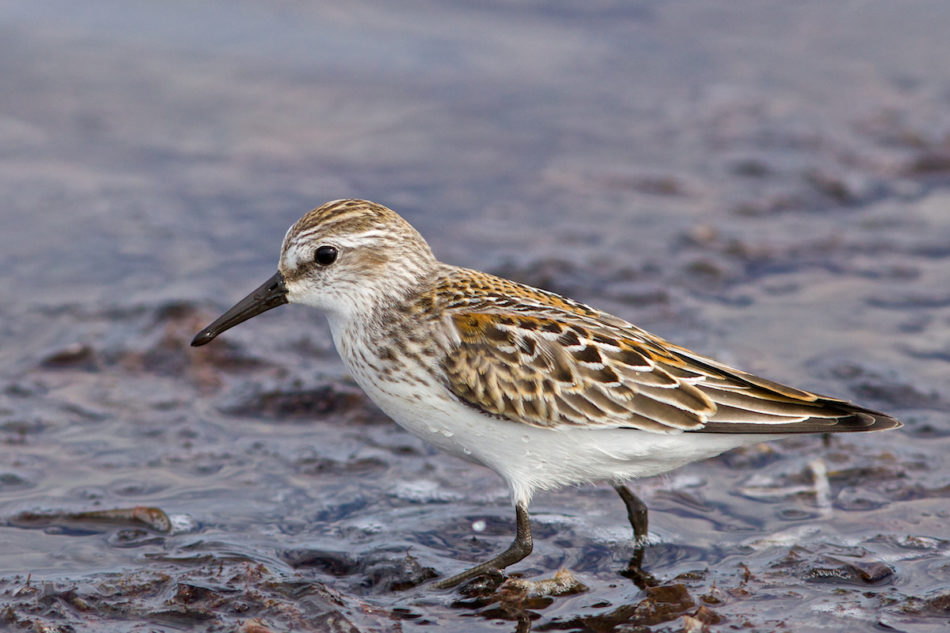 Opened in 1970, expanded between 1983 and 1984, and given a second terminal in 1997, the Roberts Bank Superport currently ships about 29 million tonnes of coal per year and is one of the busiest single coal export terminals in North America.

From a business perspective, a proposed expansion to the port that would provide up to three more berths for container ships and 1,500 on-terminal jobs makes perfect sense. But there’s a far darker side to this proposal — one entailing irreversible environmental effects.

Amy Huestis, a fine arts instructor at Kwantlen Polytechnic University, lives relatively close to the Roberts Bank area and has been incredibly vocal about the proposed expansion. According to Huestis, Robert’s Bank “is an important stop on the Pacific Flyway green belt along the west coast.” This green belt runs from South America to Alaska and is an important route for many species of migratory birds.

As such, the bank is globally recognized as an important bird habitat. Western sandpipers in particular feed on the nutrient-rich biofilm unique to this area before continuing to their breeding grounds in Alaska.

Robert Emsley of the group Against Port Expansion says that “the changes in the tide, salinity, and water temperature brought about by expanding the superport would severely degrade the quality of this biofilm” and thus negatively impact the sandpipers.

“The two impacts we have focused on [in their concerns to the Roberts Bank Terminal 2 process] is a likely population level effect on western sandpipers and barn owls,” says James Casey, the Fraser Estuary Specialist at Birds Canada.

While Casey did not elaborate on the effect this expansion would have on the barn owl population, the most likely explanation is that increased vehicle traffic to the area would result in an increase in collisions between vehicles and barn owls.

It’s not just birds that would be negatively impacted by such an expansion.

An article in the Georgia Straight published July 2019 explains that the port as it exists now extends five kilometers from the shoreline, creating a physical barrier to the movement of juvenile Chinook salmon looking to use the eelgrass beds found in the area. The article cites a review from the Raincoast Conservation Foundation which found that the expansion, if completed, “would force juvenile salmon to swim further out and away from their preferred habitat as they transition to the saline conditions of the outer estuary.”

This would also have a negative effect on the species that rely on the salmon as a food source, including southern resident killer whales. Since 2015, decreases in the populations of both Chinook salmon and killer whales have gone hand in hand.

In 2018, after being asked for information regarding the expansion, Environment and Climate Change Canada sent a response to the Roberts Bank Terminal 2 Project Review Panel, which said that, “ECCC maintains that there is insufficient, science-based information to support the Proponent’s finding that the Project would not adversely impact intertidal biofilm and consequently, migratory shorebirds in general, and the western sandpiper species in particular.”

ECCC also said that the effects the project could have on the biofilm and western sandpipers  was “potentially high in magnitude, permanent, irreversible, and continuous.” The Vancouver Fraser Port Authority has said that the expansion would have minimal environmental impact, based on information published in 2013.

In a statement obtained via email, the Port Authority listed “locating the terminal in deep waters away from sensitive intertidal habitat” and “widening the causeway with a scalloped edge” as some measures they take to mitigate environmental impacts.

However, many environmental groups, including Fraser Voices and the Boundary Bay Conservation Committee, believe that the Port Authority has been ignoring the science pointing to the contrary.

In a letter forwarded via email, Susan Jones of the BBCC suggests that the Port Authority is engaging in political interference with the assessment process and calls upon the Ethics Commissioner, Prime Minister Justin Trudeau, and Premier John Horgan to investigate the matter. She cites “failure to deliver credible federal and provincial environmental assessments” and suggests that the Canadian Environmental Assessment Act is “showing preferential treatment to [the Port Authority]” as some of her concerns.

According to Emsley, Against Port Expansion has taken numerous measures to inform the public of the dangers present in this expansion by putting up a website, holding numerous presentations in the community, and attending multiple meetings and hearings regarding the issue.

According to the Port Authority, the project is “currently undergoing a federal environmental assessment by an independent review panel appointed by the federal minister of environment and climate change.” If approved, it would take about five and a half years to construct.

In the meantime, those concerned can sign the “Preserve Our Living Delta” petition online.

At the end of the day, however, the fate of Roberts Bank depends on the parties involved choose to do next.