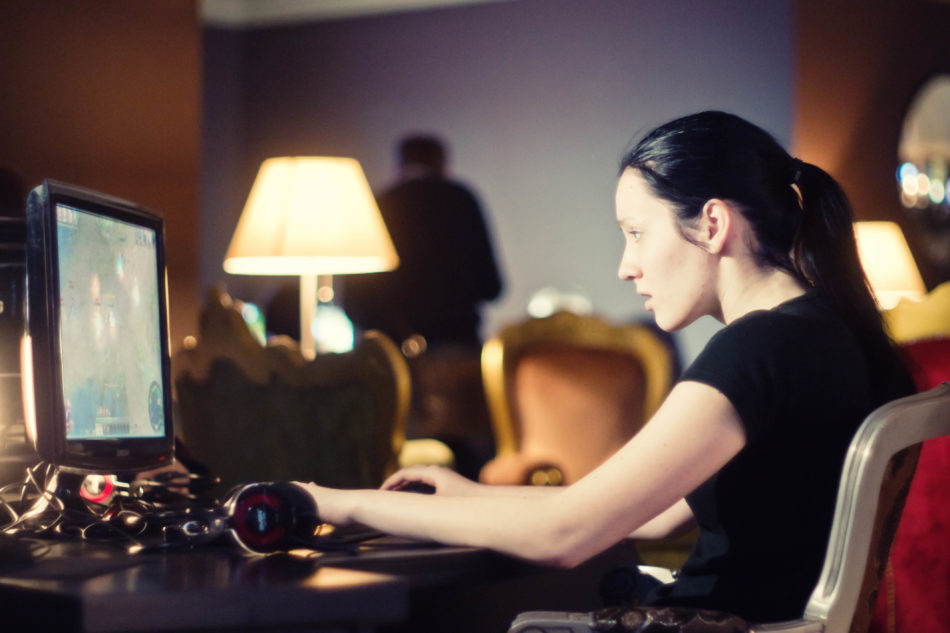 There are some people online who will gleefully feed off of your misfortune. They may say hurtful things, relentlessly make you a punchline, or try to find personal details about you to spread to the world. Regardless of which curses and negative adjectives you use to describe these people, they’re generally referred to as online trolls.

Creatures like trolls are hellbent on satisfying their sadism, and they find humor and joy in hurting others. Reporting trolls is a simple solution on Reddit or Twitter. But in the middle of a video game, there is no easy solution to someone constantly team-killing you.

I’m a female who spends a lot of time playing video games. I encounter online trolls often. To communicate with your team using a microphone is essential. Revealing my gender to others always results in a verbal assault, either from teenage boys thirsty for female attention or trolls thirsty to bombard me with misogynistic insults so awful I’m not allowed to write them here.

They rarely attack alone, relying on others backing them up to prove that whatever they say is valid. With online anonymity, a goblin-esque mob mentality, and a lack of real-world consequences, trolls are unafraid of getting in trouble and think that attacking in numbers will keep someone from taking action.

To avoid dealing with these trolls who spawned from the dark corners of the internet, I used to avoid, ignore, and block all of them. It works well, and it’s easy to do.

Fighting back is difficult, and trolls know how to push your buttons. But there is a special kind of catharsis to taking them down.

I often play first-person shooting games in teams. The hardest part of dealing with a troll is when you have to work together with them. So what do you do when you’re forced to play a game which penalizes you for leaving, while also having to deal with a team of people who endlessly hurl insults at you, try to kill you in game, and make playing a living hell for you?

You fight back. You shoot them in-game. You throw them off a cliff. When there are no other alternatives to cooperating with them, I get the trolls out of my way so I can enjoy myself.

Fighting fire with fire sometimes seems like the least helpful thing to do, but the trolls I’ve seen generally leave the match after that. Instead of watching me frustratedly play, they not only have to fight the enemy team, but their own as well. Their own game becomes twice as hard to play because I refuse to be an easy target. Their thirst can’t be quenched.

Sometimes, this isn’t going to work. Sometimes, the trolls will double down and you will find yourself in a toxic cycle with yourself and these random demons who hurt others for fun. Deciding to fight back is sometimes risky, and can backfire through social media or other means. Consider the importance of picking your fights wisely. Engaging with certain trolls can be a lost cause. Leave them alone to fester under their bridges.

Removing yourself from the situation and reporting a troll is always a good idea, especially if something they are saying or doing violates the game’s or social media platform’s Terms of Service. If trolls are trying to find personal data about you and spread it to others or are attacking you with violent threats, consider contacting the police — because even though the abuse is happening online, these are still crimes.