B.C. Access Grant for Students to be Introduced in September

The B.C. budget pledges to provide funding for paying off student loans 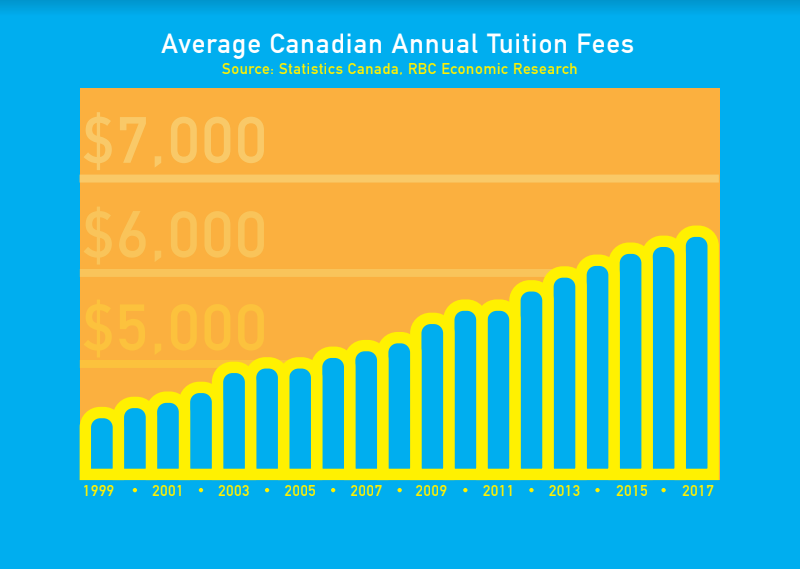 The Upfront B.C. Access Grant will become available in September. Its purpose is to remove barriers to post-secondary education and provide stable support for students to continue their studies.

The website for the B.C. Federation of Students, an organization which lobbies for student interests, says that “student debt in B.C. has risen 88 per cent since 1999, and the average student loan balance upon graduation is over $30,000.”

The organization’s chairperson, Tanysha Klassen, says that the BCFS has been pushing for a grant program like this since the government eliminated the last one two decades ago.

“We went to this government when the mandate letter came out saying that having a completion grant is not something that is going to help with students as much as something upfront,” says Klassen. “Students need the money upfront and it needs to be based on their financial need.”

The B.C. Access Grant will cost the government $24 million over three years. It will be available to low and middle-income students who are enrolled in a full or part-time undergraduate degree, diploma, or certificate program.

To be eligible, students must study at a post-secondary institution in British Columbia. They also must be eligible to apply for and receive a student loan to access the grant.

Klassen says that, until last week, B.C. was the only province in the whole country without an upfront grant program.

“We have [run] multiple campaigns … trying to get a grants program back in B.C. so we have done a lot of work trying to bring it back,” she says.

According to the Royal Bank of Canada’s capital report, “In the most recent academic year, the average annual tuition cost for an undergraduate degree in Canada (excluding Quebec) jumped by 3.1 per cent to $7,600.”

B.C also eliminated interest on provincial student loans as of November 2019. This should alleviate financial pressure for students who have borrowed money from the provincial government.

StudentAidBC’s website says that those students are “still responsible for paying interest that has accumulated on B.C. Government-issued student loans prior to February 19, 2019,” however.

Klassen is excited to see that the government has implemented a more upfront grant program for students.

“We do have a link on a Facebook page to get people to say thank you to the premier and the minister of advanced education … and students can write an email saying how much it’s going to positively impact them,” she says.