A look at the sugary drinks PST, bumped up wealth tax, student grants, and more 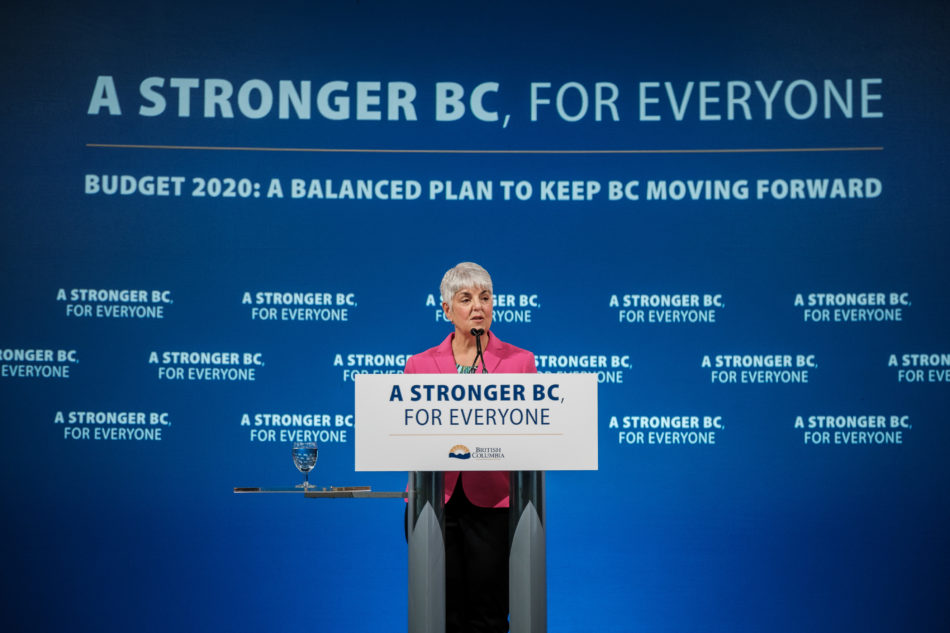 The announcement and release of the annual provincial budget marks an important time for determining how the government is keeping up with its commitments. It’s also a great time for gauging which kinds of changes they want to commit to in the future and how they plan to implement them. Though it’s not necessarily a popular topic of conversation outside of poli-sci classrooms, newsrooms, and policy wonk group chats, the annual budget and fiscal plan affects every single person in the province regardless of who they are and where they live.

This year’s budget includes some important changes which set the stage for a year preceding the 2021 provincial election — unless an election is called earlier. This context is relevant to the B.C. NDP’s moves to balance the budget this year, namely the 3.7 per cent increase on the income tax for the top one per cent of earners who make over $220,000 a year, which is projected to generate an additional $216 million.

For comparison, this tax increase alone covers the entirety of the additional $195 million which will be spent on fire management this year, for a total of $519 million. It’s an ominous sign that the province is preparing to spend more than half a billion dollars fighting fires this year, but it’s encouraging to know that some of that money is coming from B.C.’s top earners, a list of people that has historically been dominated by executives of resource extraction companies. These companies often operate in remote areas at higher risk of being threatened by wildfires.

A common complaint, if not the most common complaint, about past provincial NDP governments is how they were unable to control the budget in a way seen as responsible or helpful. This culminated in the fast ferries scandal in the late 90s and a $52 million loss for the government. This newer iteration of the NDP seems committed to avoiding that criticism by continuing to balance the budget throughout its term while still increasing spending on services like healthcare, childcare, and public education.

Healthcare spending is receiving an additional $1.4 billion this year, bringing the total up to around $22.2 billion, and education services are receiving a modest bump from $6.5 billion in 2019/2020 to $6.7 billion for 2020/2021. Eligible post-secondary students with lower or middle incomes are being offered a needs-based grant starting in September, so if you’re a student reading this, make sure to check if you qualify. Students in two-year programs are eligible for $4,000 per year. Students in longer programs or part-time students are eligible for $1,000 per year.

And finally, sweetened carbonated drinks are going to cost a bit more, though what is being portrayed by a lot of sources as an added tax is actually a removal of the PST exemption which sweetened drinks used to qualify for. The budget and fiscal plan says that, by July 1, “carbonated beverages that contain sugar, natural sweeteners or artificial sweeteners no longer qualify for the exemption for food products for human consumption,” which means the seven per cent PST will apply to them as well.

For context, this exemption is meant to apply to groceries and food served at restaurants, so excluding sugary drinks shouldn’t seem unreasonable to someone who doesn’t regularly purchase them with their groceries. Plus, increasing the cost of sugary drinks is something health professionals say has proven to lower rates of obesity and heart disease, saving both lives and money spent on healthcare. Sounds like a sweet deal.

The not-so-sweet part of the report is the section which details the potential financial risks to the plan. The government has determined that the possibility of federal tax adjustments could pose some risk, as well as an increased demand in provincial social services like health and income assistance. It also deems the financial situation of ICBC to be a risk, which the report says is “a result of volatility in claims costs.”

In sum, this year’s budget has a couple new taxes, some small relief for post secondary students with debt, and moves some wealth away from the most affluent people in the upper class towards services provided to the middle and lower classes. All of which is pretty on par for the B.C. NDP.