The Rise of Psychedelics in Research and Business 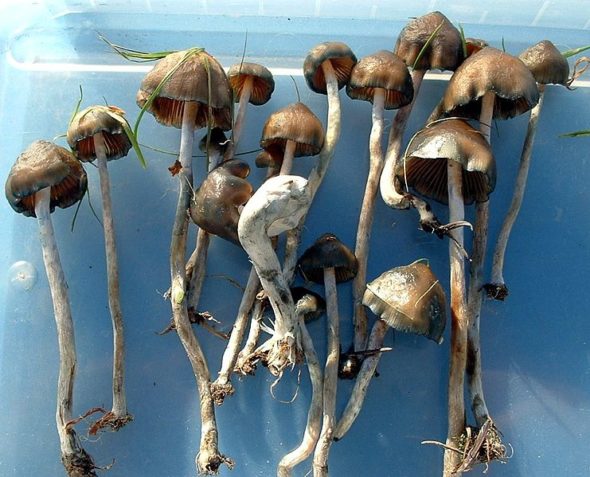 Psilocybe baeocystis is a type of psilocybin producing mushroom found in B.C., and throughout the northwest. (Wiki.commons)

Legal psychedelics and other drugs currently seen as recreational are being heavily invested in through the Canadian Stock exchange, Bloomberg reports.

“Mind Medicine Inc., which is undertaking clinical trials of psychedelic-based drugs, intends to list on Toronto’s NEO Exchange by the first week of March, said JR Rahn, the company’s co-founder and co-chief executive officer,” reads the article. “A NEO spokesman confirmed the listing, which is pending final approvals.”

Substances like LSD, MDMA, psilocybin, and ketamine are all currently being tested for possible use in a therapeutic setting. Beyond this, psilocybin — more commonly known as magic mushrooms — is becoming more readily available in Vancouver dispensaries.

The British Columbia Center on Substance Use (BCCSU) has invested time into the benefits of psychedelic therapy.

Kevin Hollett, the associate director of communications at BCCSU, says psychedelic therapy research dates back to the 60s and 70s but was set back by the “war on drugs era.”

“It’s only in the past few years that we’ve seen an emergence of interest in research that’s come from looking at the therapeutic benefits,” he says.

Though the research is in its early stages, Hollett says several “promising preliminary findings” have already been discovered through research and trials with these drugs in a therapeutic setting.

As suggested by research so far, Methylenedioxy​methamphetamine, or MDMA, generally has more therapeutic qualities than other drugs being studied. MDMA in regulated doses, administered and monitored by two therapists, has been used to treat individuals struggling with post traumatic stress disorder, and Hollett says it is currently being regulated by the Federal Drug Administration. The Multidisciplinary Association for Psychedelic Studies described MDMA as a “breakthrough therapy.”

The use of psilocybin for recreational, therapeutic, and spiritual use is also common.  Dispensaries in Vancouver are selling magic mushrooms “under-the-table.” Although the distribution of psilocybin is illegal, the world is seeing a psychedelic resurgence, according to an article in The Georgia Straight.

Dee, who wants to keep her last name anonymous, works at Cannabis Culture in Vancouver. Though they sell only cannabis accessories, Dee believes that the use of psychedelics should be normalized and supports dispensaries that sell psychedelic products.

“We would love to start integrating mushrooms into different dispensaries, but it’s still a very touchy subject. A lot of folks associate psychedelics with either having a very, very good time or a very awful time,” says Dee.

Dee struggles with chronic depression. For them, taking mushrooms in the past has given them a break from depressive episodes as well as a new perspective on life.

David Needham, who started taking psychedelics out of curiosity, feels the same way. He microdosed LSD while on a week-long cruise with his immediate and extended family and was pleased with the results.

“It has drastically changed my life course,” he says. “I felt that I was stuck in certain patterns of how I talked to … my family members. I think the important thing it gave me was to be able to listen.”