We Need to Talk About the Problematic Founder of Bikram Yoga

Despite being a known predator, Bikram Choudhury still makes money from his yoga franchise 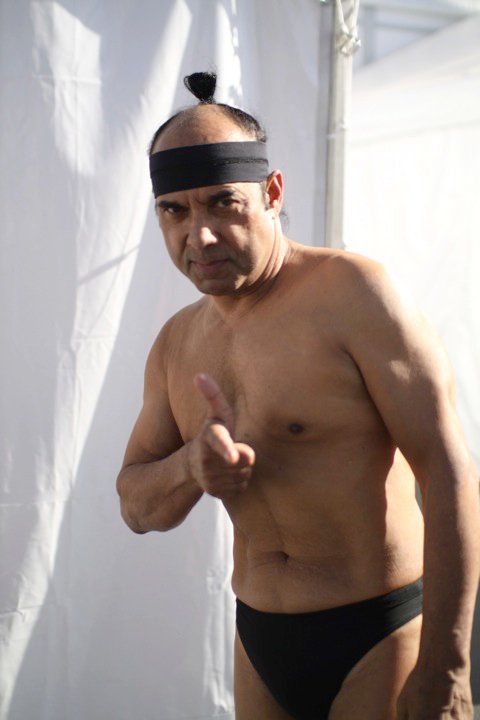 Introduced to North America by Bikram Choudhury in the 1970s, hot yoga is one of the most widely practiced forms of yoga on the west coast. In the early 2000s, the franchise — which is characterized by 26 specific poses done in a room heated to 40 degrees celsius — had over 650 studios in America.

Chelsea Franz, a local yoga instructor and KPU student, turned to Bikram Yoga when she first began practicing as a teenager.

“At first I kind of liked it,” she says. “But then I noticed that the instructors were very strict and controlling. It made you feel like you had to look like an Instagram picture, and I was there more for healing than to look a certain way.”

“If I had stayed with Bikram Yoga, I would not be an instructor today,” she adds.

The strictness Franz experienced is built into the program. Bikram is known for his aggressive teaching style which includes shaming people, swearing at them, and pushing them past their comfort zones. He calls his 90 minute classes “the torture chamber.”

Owners of Bikram Yoga franchises are expected to attend teachers training with Choudhury before they are allowed to operate their own studio.

Teacher training is not only rigorous but expensive — between $12,000 and $16,000, to be exact. In addition to this mandatory teacher training, people who want to start their own franchise have to pay $10,000 to open a studio.

Once they own a studio, Choudhury gets a five per cent royalty cut on gross revenue as well as two per cent of advertising revenue. Studio owners also have to attend teachers training every three years in order to renew their license. The financial and mental control Choudhury exacts over his students is incredible — and it persists long after the nine weeks they spend training with him.

It was during the peak of the Bikram Yoga craze, and at the training seminars, that allegations of rape and sexual harassment began to be levied against the yoga guru. These allegations came four years before the #metoo movement took off in 2017, and perhaps for this reason, most of the allegations were buried in other news.

A 2019 Netflix documentary, Bikram: Yogi, Guru, Predator, brought Choudhury, his controlling business practices, and his predatory ways into the light once more. The documentary reveals how students were coerced and forced into sex, how their incredible financial investments were used to keep them silent, and how prolific the victimization was.

Viewers are shown how Choudhury’s own lawyer sued him for “severe, ongoing, pervasive and offensive conduct” and wrongful termination. She was awarded upwards of $7 million in punitive damages. Choudhury fled the United States and has yet to pay his lawyer the damages she is owed, nor does he have any intentions to return to the states to stand trial for the five other lawsuits filed against him. These additional lawsuits include sexual battery, false imprisonment, discrimination, and harassment. There is currently a warrant out for Choudhury’s arrest, and a fraudulent transfer lawsuit has also been filed against his wife.

Nonetheless, Choudhury continues to make astounding profits off of his particular brand of yoga. Yet people, women in particular, continue to flock to his teacher training seminars?

In addition to being a sexual predator, Choudhury is also a con man, and the Netflix documentary reveals that the yoga he has made millions in profits from is based off of a series of poses he stole from his own guru. When Bikram tried to copyright these stolen yoga postures in 2012, the United States Copyright Office ruled that yoga postures can not be copyrighted. Yet a percentage of every dollar a person spends at a franchised Bikram Yoga studio finds its way into Choudhury’s pocket. A quick Google search reveals that two Bikram yoga studios still stand today in the local areas of North Delta and Coquitlam.

Despite all of this, Bikram Choudhury continues to live freely in Mexico, where as recently as October 2019, he was reportedly conducting teacher training courses.