This Canadian Man Eats Pigeons for the Planet 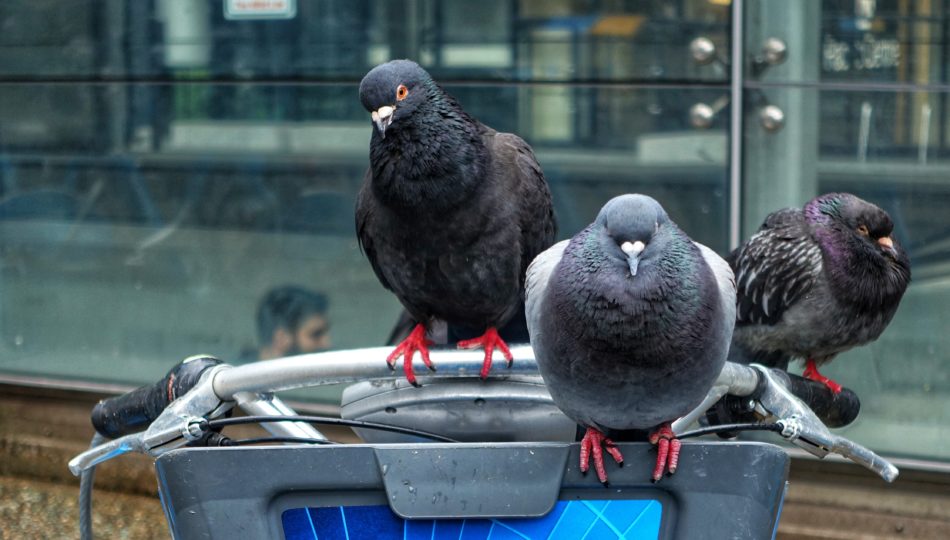 Curtis Fagan is a resident of Calgary, Alberta who started trapping and consuming pigeons to reduce his carbon footprint.

Because Canada is one of the biggest greenhouse gas contributors in the world, he decided to change his lifestyle by weaning off beef. In a year, a single dairy cow produces the same amount of greenhouse gas as a mid-size vehicle driven 20,000 kilometres, as written on the Government of Canada’s website.

It’s a controversial decision to eat pigeons, but Fagan says the pigeons live optimally and are fed a special diet.

“I have trapped, hunted and consumed the same day, but the quality of the end meat is definitely enhanced by a couple months of my special bird diet,” he says.

“It’s got lard, spices, sugars, proteins, a bunch of seeds and grains and occasionally raisins and the like. This cleans them out, enhances their droppings for compost, and you will watch your trapped birds double in size in two months.”

Henry Lin is a registered dietitian who graduated from the University of Auckland with a master’s degree in health science and a major in dietetics. One of the few bodybuilding dietitians in New Zealand, he has been working in the field since 2017.

“As far as I’m aware, there aren’t any special health benefits from eating pigeons. Pigeon meat, like all animal proteins, would contain the essential amino acids to meet our protein requirements,” says Lin.

As you might expect, it’s possible that eating wild caught pigeons could make you sick.

“Pigeons carry their own bacteria and diseases like humans and any other wild animals. These diseases can sometimes be transmitted to humans, with 176 documented cases reported from 1941 and 2003,” says Lin.

“A medical research paper stated that feral pigeons harboured 60 different human pathogenic organisms. However only seven of them were transmittable.”

There haven’t been many cases of humans contracting diseases from pigeons, but this number does not account for the possession of, close contact with, and consumption of the birds.

“Interestingly, most of the disease cases (99.4 per cent) came from aerosol transmission, but this is likely to be due to the fact nobody really does anything with pigeons besides breathing the same air as them,” says Lin.

From a nutritional standpoint, he considers pigeon a healthy meat because it is low-cholesterol and high-protein.

And Fagan says that pigeon meat is delicious, especially in his hometown.

“Calgary is a big feedlot, farming, and grain city so we are blessed with big, chubby, old, and wise birds who make good eating,” he says.

He also describes the taste of pigeon as similar to filet mignon.

“Pigeons are very oily so one little bird feeds me, and I’m 205 pounds. The protein is exceptional, just awesome for folks who can’t eat beef for religious reasons but would like a steak once in a while without the forbidden cattle product,” says Fagan.

He decided to trap pigeons in particular because birds like crows have rubbery meat and are more intelligent. They might even practice customs that resemble parts of human society, like the justice system.

“Repeat offender birds are tried and punished accordingly inside the flock,” he says. “Pigeons are smart, but they don’t have a legal system.”

Fagan says it has become tradition for him to name his birds before he eats them. Even though he gets attached to the pigeons, he acknowledges each one as an individual with a personality.

“I have had folks who are vehemently vegan and very empathic towards sentient creatures express some anger and disgust, but most of the time those conversations hit a dead end when I bring up carbon footprint,” says Fagan.

He adds that veganism is a privileged dietary choice, whereas global warming affects everyone.

David Needham has been vegetarian for six years and vegan for two.

“I feel that trapping pigeons is a very smart industrial thing to do. I personally have no desire to eat pigeons, but I support eating lower on the food chain,” he says. “This means bugs, small birds, and rodents over cows, pigs, deer, and bears.”

Eating lower on the food chain has less of an impact on the biodiversity of ecosystems, as written on nature’s website. Needham says environmentalists and animal rights activists might want to consider divesting from industrial farming first and foremost.

“If you are eating based on your carbon footprint, you should consider eating local before thinking about eating vegan,” he says. “Curtis is probably a very practical and resourceful human being.”

Fagan hopes his lifestyle can inspire conversation and debate. He also recommends that everyone trap their food.

“Pigeons are about integrity, planetary longevity, and uprooting xenophobic classism in our society,” he says.

“I hope more folks … choose to take up pigeon hunting. It’s not only super fun, delicious, and fulfilling, but you can feel awesome about your contributions to the planet and your fellow humans by doing so. I don’t think there’s anything more punk rock than that.”