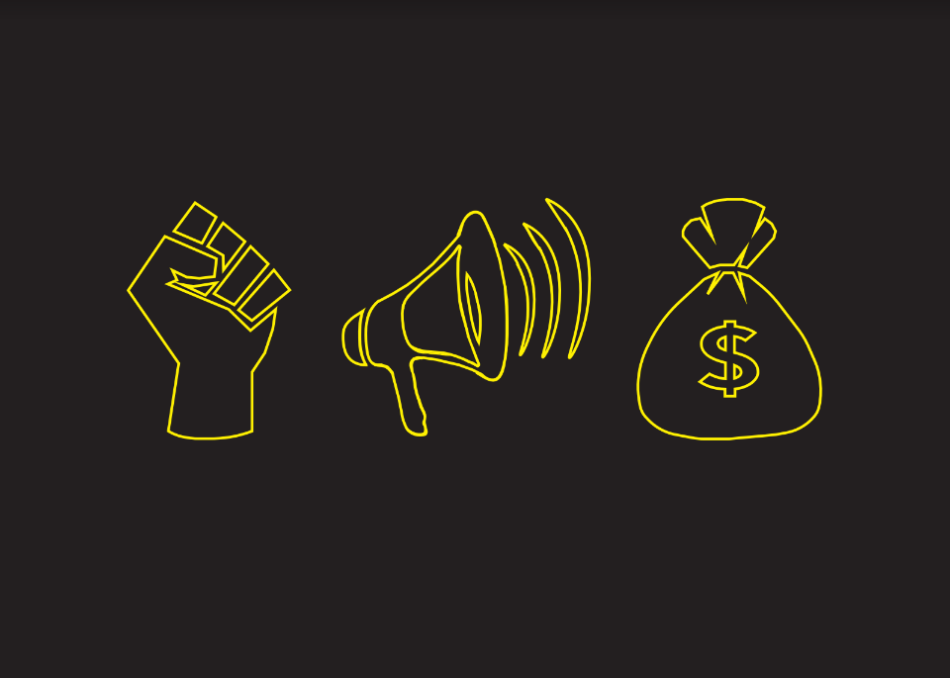 Many non-Black people have decried violent protest as a means of making social change. This opinion is hollow and damaging if those making criticisms do not dedicate themselves to unlearning internalized racism by listening to and uplifting Black voices. We must know the truth supported by fact and testimony before using our voices as non-Black people, if we so choose to support Black lives during this time of uprising.

Even if you do understand or support violent protests, you should use this resource list to learn more about the context for and truth of anti-Black racism. I made this resource list initially to send to a racist relative, and have since distributed it publicly.

Despite having spent most of my adult life in community work, critical thinking, and constituency representation, there is always more I have to learn. You simply can’t teach perspective, and as non-Black people, it’s our responsibility to self-educate on an ongoing and never-ending basis.

Below are some resources for tackling misconceptions that have been taught through our systemically hierarchical system of government and education.

No article is perfect, and no outlet is unbiased. Newsrooms with a history of problematic or “fluffy” reporting may still support writers whose voices deserve recognition. This by no means excuses past toxic behaviour, but should encourage readers to access the work of respectable and esteemed individual journalists. Read all of these articles with discretion and fact-check by comparing them to other pieces online if you feel uncertain of anything you read.

The short answer is that it works — as a last resort for citizens whose authorities don’t listen any other way. One of the most well-written and accessible articles I’ve read on this is by Kareem Abdul-Jabbar, a Black author, columnist, and famous NBA player. Start with his op-ed, “Don’t understand the protests? What you’re seeing is people pushed to the edge” in the L.A. Times before delving deeper. It’s well worth the read and very shareable.

Next, you’ll want to pick up “Of Course There Are Protests. The State Is Failing Black People” by Keeanga-Yamahtta Taylor, a Black academic, activist, and writer. She asks, “What are the alternatives to protest when the state cannot perform its basic tasks and when lawless police officers rarely get even a slap on the wrist for crimes that would result in years of prison for regular citizens? If you cannot attain justice by engaging the system, then you must seek other means of changing it. That’s not a wish; it’s a premonition.”

A Black historian, professor, and writer, Elizabeth Hinton, wrote “The Minneapolis Uprising in Context” for Boston Review. It’s a great read for anyone looking to understand the destruction taking place during riots in Minneapolis, where George Floyd was murdered by a white police officer who knelt on his neck for almost nine minutes despite Floyd’s pleas for help.

Then consider that “much riot violence was “instigated and perpetuated by white men’” in Seattle, according to its mayor. Consider that “police – not protesters – instigated violent clash” at protests in Minneapolis. Consider that white nationalists are using fake antifa Twitter accounts to disrupt protests. Consider that arrested protestors were gassed, arrested, and maybe exposed to COVID-19 by cops in Houston and beyond. Consider that cops are intentionally concealing their identities at protests, presumably to escape being held accountable for their actions on-site.

Learn about the prison industrial complex in “Masked Racism: Reflections on the Prison Industrial Complex” by the iconic Black author, activist, professor, and philosopher Angela Davis. This is part of the conversation about violence because, as Davis notes, an overwhelming majority of the people in U.S. prisons are Black men, many of which are charged with and punished for crimes they didn’t commit. A recent investigation found that police in Mount Vernon, New York framed innocent Black people for crimes they didn’t commit. Abuses of power like these are continuing during the protests, and several protestors and journalists have been arrested and detained without reasonable cause. Black people are disproportionately detained, questioned, beaten, and killed by cops before even getting to a cell or a trial. Men like George Floyd are murdered for allegedly using counterfeit bills, and children like Trayvon Martin are murdered for playing with toys.

Once you understand that the police are often the instigators and continued perpetrators of anti-Black violence, check out Vox’s “Police shootings and brutality in the US: 9 things you should know.” It’s full of other links and hard figures for anyone looking for something more fact-heavy.

Police in the U.S. and Canada have always been deeply entrenched in systemic racism, particularly against Black and Indigenous people. In Minneapolis, police have rendered 44 people unconscious with neck restraints in five years, a tactic they are not taught in their training.

Instead of responding to peaceful protesters and journalists with a peaceful police presence, cops are tear gassing, beating, and shooting them. Read “Why So Many Police Are Handling the Protests Wrong” by Jamiles Lartey of the National Association of Black Journalists. He writes, “Escalating force by police leads to more violence, not less. It tends to create feedback loops, where protesters escalate against police, police escalate even further, and both sides become increasingly angry and afraid.”

Next, read “America’s Protests Won’t Stop Until Police Brutality Does” by the New York Times editorial board. You might also want to read about how the twisted psychology of militarized police uniforms can further incite a crowd to violence on Fast Company, or why journalist Farhad Manjoo believes cameras won’t stop police from killing (New York Times).

“Who Gets to Be Afraid in America?” by Ibram X. Kendi, Director of the Antiracist Research and Policy Center at American University, is another beautifully crafted long-form piece by a Black writer and academic. It takes the perspective of Ahmaud Arbery, another unarmed Black man who was shot and killed while jogging near his Georgia home in February.

Ideally, you would start this step first, but unpacking the context behind North American racism can take a lifetime. Start slow. This Black History Month Library provides free access to crucial resources. You can also work your way through the Master List of Black Revolutionary Readings. Follow the misinformation thread on Twitter started by an award-winning Black Canadian journalist, Desmond Cole. Black Lives Matter has also made a statement on how to defend yourself from misinformation during this time. Read this story, “A Century of American Protest,” by The New Yorker for a lesson on how and why movements like this have shaped the nation. There is also a ton of data available on anti-Black violence and oppression to keep in mind for yourself and your conversations with others. You can find it with a simple Google search.

Know the names of the innocent Black people who have lost their lives to police brutality. By doing so, we prevent their stories from being forgotten so that they can be used to create positive change.

If you want to provide support, monetary or otherwise, for protestors, victims, or members of the Black community across Turtle Island, open the full resource package linked in the introduction to this article. There are plenty of funds for different initiatives in different parts of the continent, including Vancouver and B.C. There is also a “keep learning” section you can look to for further guidance, and a “support solutions being proposed by Black people” and “learn what solidarity looks like” section if you want to take other action.

Keep your hearts and minds open and your eyes on the people in power. Before holding them accountable, hold yourself accountable for internalized and externalized racism, and feel free to share this resource list widely.