The Canadian Blood Services has called for donations during the pandemic, but some LGBTQ members are still banned from donating 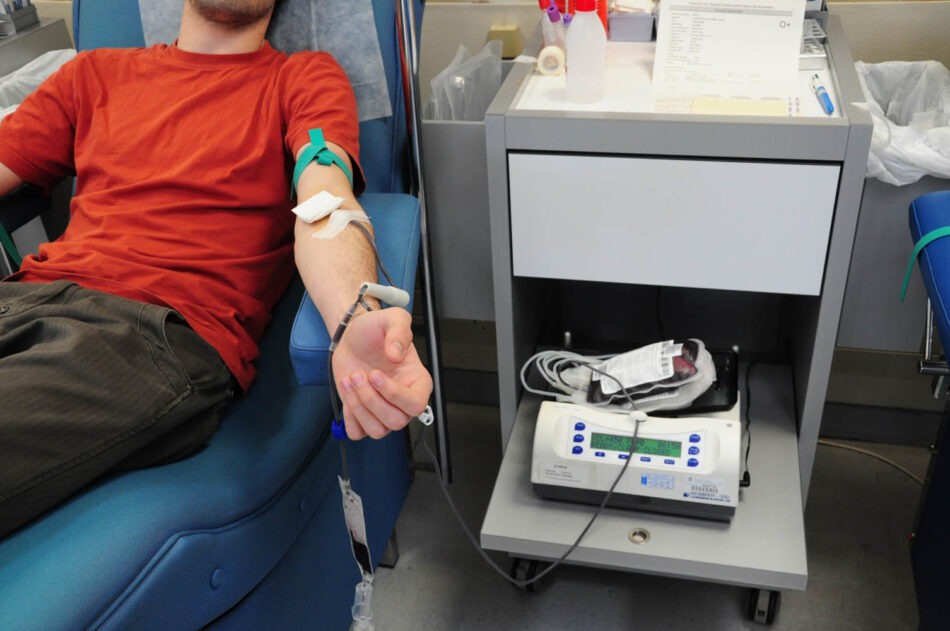 Advocates for the LGBTQ community are calling for an end to the three-month ban which prevents gay and bisexual men from donating blood.

Originally, the ban was implemented in the 1980s during the AIDS epidemic as reports of HIV and AIDS were associated with gay or bisexual men. However, as more cases were reported, people with no history of sexual activity with men presented symptoms too.

Over time, it was discovered that the disease can be transmitted through blood. In an attempt to prevent the spread of the infection, men who engaged in sexual activity with other men, or MSM, were issued a lifetime ban from donating blood.

In May 2019, a request by Canadian Blood Services to reduce the blood donation waiting time from one year to three months for MSM individuals was approved by Health Canada. The change took effect across Canada the following month.

In March this year, CBS urgently sought blood donations after a spike in appointment cancellations caused worries that there would be a shortage in supply. Although the response from blood donors was high, the service has a history of reminding Canadians that blood donation is a constant, essential need.

Blood supply often runs low in Canada. In 2017, CBS struggled to get donors after a stormy winter and spring across the country. There was concern Canada would not meet demand if there was a national emergency. After two months of successful, speedy donations, the service found their blood supply dwindling again by the end of the summer.

CBS estimated that approximately four per cent of eligible Canadians donated blood in 2017.

The following year, CBS called for 10,000 donations across Canada within a week due to a shortage in supply of several blood types. The Services’ statement said, “Given its short shelf life, the need for blood is constant.”

Donors are screened prior to giving blood, and each donation is sent for testing as a safety measure to protect patients receiving blood transfusions.

The CBS website explains that NAT reduces the window period — defined as the time between initial infection or exposure to the virus and the detection of antibodies for that virus — by identifying the virus before antibodies develop.

LGBTQ+ advocates have questioned the necessity of the three-month waiting period for gay and bisexual men when tests like NAT can detect HIV within nine days of exposure.

Some European countries, including Spain, Portugal, and Italy, have policies based on sexual behaviours considered to be higher risk, regardless of same-sex or opposite-sex partners. This policy is referred to as a “risk-based” or “behaviour-based” approach. It can include sex with a new partner or with multiple partners.

This approach allows gay and bisexual men in monogamus relationships to donate blood if they meet the other criteria. It focuses on each individual donor rather than a group and screens out individuals who may qualify as higher risk.

The approach has not been adopted in Canada yet as there is no international scientific consensus on eligibility criteria, and HIV patterns differ by country.

There are 15 research projects funded by Health Canada under the MSM Research Program to find screening alternatives for MSM blood donors. The program began in November 2018 and its results were expected to be announced earlier this year.

In an interview with Global News, Dr. Dustin Costescu, an assistant professor and sexual health specialist at McMaster University, said he would support a shorter deferral period for everyone if screening was updated to include questions about high-risk sexual behaviour.

NDP MP Randall Garrison tabled a motion six years ago to end the ban. Recently he has returned with a similar proposal, this time including the pandemic in his argument.

“When we’re trying to do research on COVID-19 and we need plasma donors who’ve recovered from COVID-19 — that is a very small category,” Garrison said in an interview with CBC.

MSM individuals are not currently eligible to donate convalescent plasma, which is used in COVID-19 research.

The plasma is collected from patients who have recovered from the novel coronavirus. It is studied to see if the antibodies built to fight the virus can be used for treatment in other patients.

Prime Minister Justin Trudeau stated in 2015 and 2019 election campaigns that his government would eliminate the donation ban for MSM individuals.

In response to activists’ calls for an end to the ban,Trudeau said in his daily COVID-19 press briefing two weeks ago, “Our decisions from the very beginning have always been anchored in science and data.”

Earlier this month, the Prime Minister said he hopes to announce an updated policy “very soon” on the current MSM blood donation ban.