Online Webinar Explores How COVID-19 Has Impacted People with Disabilities 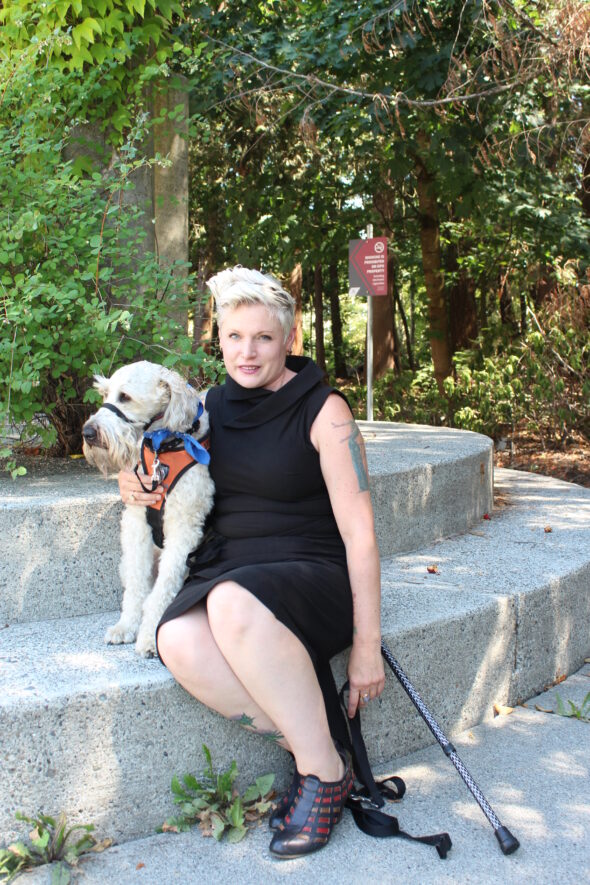 Jewelles Smith, Chairperson of the Council of Canadians with Disabilities and PhD Candidate. (file photo)

An online webinar on upholding the rights of people with disabilities during COVID-19 sparked discussion about the unique impact of the pandemic on the community. On June 16, over 100 attendees participated via Zoom.

“As a woman with a disability and the past chair (two days now) of the Council of Canadians with Disabilities … and as a trained human rights monitor — this is a personal issue to me,” Smith wrote in an email to The Runner. “I have 15 years of working in human rights and policy especially focused on legislation policy for people living with disabilities.”

One of the panellists was Heather Walkus, the co-chair of the National Coalition of People Who Use Guide and Service Dogs. Eileen Davidson, a rheumatoid arthritis patient advocate, also spoke on the panel.

Senior Policy Analyst Miles Stratholt was also a guest panellist. He works for the Targeted Learners Support Unit of the Provincial Ministry of Advanced Education, Skills, and Training.

Smith says that there has been a lot of conversation online in the community of people with disabilities regarding the extra costs they will have to expend to adjust to social distancing rules.

“One of the costs that I am already thinking ahead to is the retraining aspect of my animal when things start to open up,” says Smith.

“With the social distancing involved and the lack of mobility for students … students may not have access to disability support staff at the institution level,” he says.

Stratholt has been actively working with institutions and service providers to try to develop strategies that improve students’ working conditions during the pandemic.

Smith says she has heard from KPU professors who are trying to learn about offering accessibility and support because many of them are not used to teaching online.

“How do we support professors in order to teach in an accessible manner from their homes?” she asks.

During the discussion, Walkus mentioned how historically society isn’t built with all people in mind.

“Certainly cross-disability, we were not supposed to be in public, you know? There was almost a shame … of the family system if they had a child who had a disability,” says Walkus.

She says the disability community is working to unlearn this way of thinking and to dismantle negative biases against people with disabilities.

People with disabilities do not have a specific section of accomodations in the Canada Emergency Response Benefit. On June 11, Prime Minister Justin Trudeau and Conservative Leader Andrew Scheer accused one another of blocking the emergency disability benefit, but no new initiatives have been announced.

According to the Canadian Press, Trudeau promised a one-time, tax-free benefit of up to $600 for people with disabilities.

When the pandemic hit, Walkus says support immediately went to people without disabilities,  “but no one started to think about all the people who are pushed to the margins.”

“People with disabilities didn’t fit [into] the system already but were even more disenfranchised from the system of support,” she says. “And all these months in, we still are.”